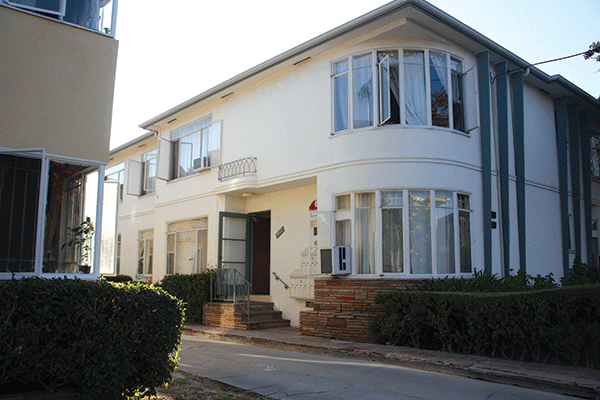 For years, the city of West Hollywood has received numerous complaints from renters throughout the city about smoking and the health dangers associated with second-hand smoke. (photo by Jose Herrera)

In its upcoming City Council meeting on Aug. 3, the city of West Hollywood will consider amending its smoking ordinance to prohibit smoking in enclosed common areas, new units within family dwellings, parks and within 5 feet of any parklet.

The amendments are targeting individuals who smoke tobacco, but it would also expand the ordinance to include electronic smoking devices and the smoking of cannabis. Under the ordinance, the city would also create a registration program that would require designation of units with a smoking status to gradually transition to non-smoking units.

Councilman John Duran, who was given the staff report ahead of the City Council meeting, said he does not support changing the definition of smoking to include cannabis use.

“I completely agree that we should prohibit smoking in common areas and parks,” Duran said. “But when you close your door, you should be able to enjoy your own piece of West Hollywood heaven. No one should be allowed to tell you what to do, especially the government.”

West Hollywood has considered the impact of tobacco and smoking on the community-at-large and prohibited the smoking of tobacco in outdoor dining and public service areas, and other public places, in 2011. The city also adopted a Tobacco Retailer Ordinance in 2016 aimed at reducing access to tobacco by minors.

Despite the previous efforts, the city has received poor grades related to smoking in the 2020 State of Tobacco Control Report, published by the American Lung Association.

According to a 2019 Multi-Unit Housing Public Opinion Survey performed in West Hollywood by the Tobacco Control and Prevention Program of the Los Angeles County Department of Public Health, 45% of West Hollywood residents reported secondhand smoke drifting into their homes while living in multi-unit housing.

Of those surveyed, 23% said they live with a child or senior and 25% live with someone with a medical condition. Since 2012, a total of 168 smoking complaints have been filed through the city’s online service request tool and 49 of those complaints were regarding smoking in multi-family buildings.

By prohibiting smoking in multi-family dwellings, the city hopes to create a healthier environment for residents, according to the staff report. The ordinance will also benefit landlords because it would possibly lead to lower building maintenance costs, lower risk and insurance costs, prevent tenant conflicts and potentially attract new tenants to a building.

However, the smoking ordinance does not draw a distinction between cannabis and tobacco smoke, Duran said. It’s an infringement on residents’ liberties, he added.

Dale Gieringer, director of California NORML – an organization dedicated to the reform of marijuana laws – was informed about West Hollywood’s possible prohibition of cannabis use in multi-family dwellings. He said a “blanket smoking ban” that treats cannabis and tobacco smoke as the same is unjustified. Tobacco smokers are free to go outside to smoke, but because of California’s Prop 64, the consumption of cannabis in public places is forbidden.

“Banning consumption inside one’s home would create a ‘de facto’ ban on cannabis consumption in West Hollywood,” Gieringer wrote in an email.

The ordinance would have the city create a registration program where all existing units in a multi-family dwelling must be designated as “smoking” or “non-smoking.” On or before Jan. 1, 2021, all tenant must be provided written notice by their landlord asking them to designate their units.

The program would be enforced by the West Hollywood Code Compliance Division, and residents would be able to pursue a private civil action. When a new development or tenancy begins, the proposed amendments would require the lease to contain a “no smoking” clause which would make smoking inside the unit or enclosed common area a violation of the lease.

If a resident designates their unit as “smoking,” they would be allowed to smoke in their specific unit. Any units designated as “non-smoking” cannot be changed and all units upon vacancy of any existing unit, it will automatically become a “non-smoking unit.”

Individuals who violate the proposed amendments could be fined $100 to $500. The city would also implement an educational and outreach program to inform residents of the updated smoking ordinance.

Mayor Lindsey Horvath said the city has received complaints about smoking in family dwellings for many years and it’s a public health and safety issue.

“We want people to live safe in their communities. I am looking forward to [discussing the item],” Horvath said. “There’s a lot of conversations happening in the community and it’s time the City Council weighs in.”