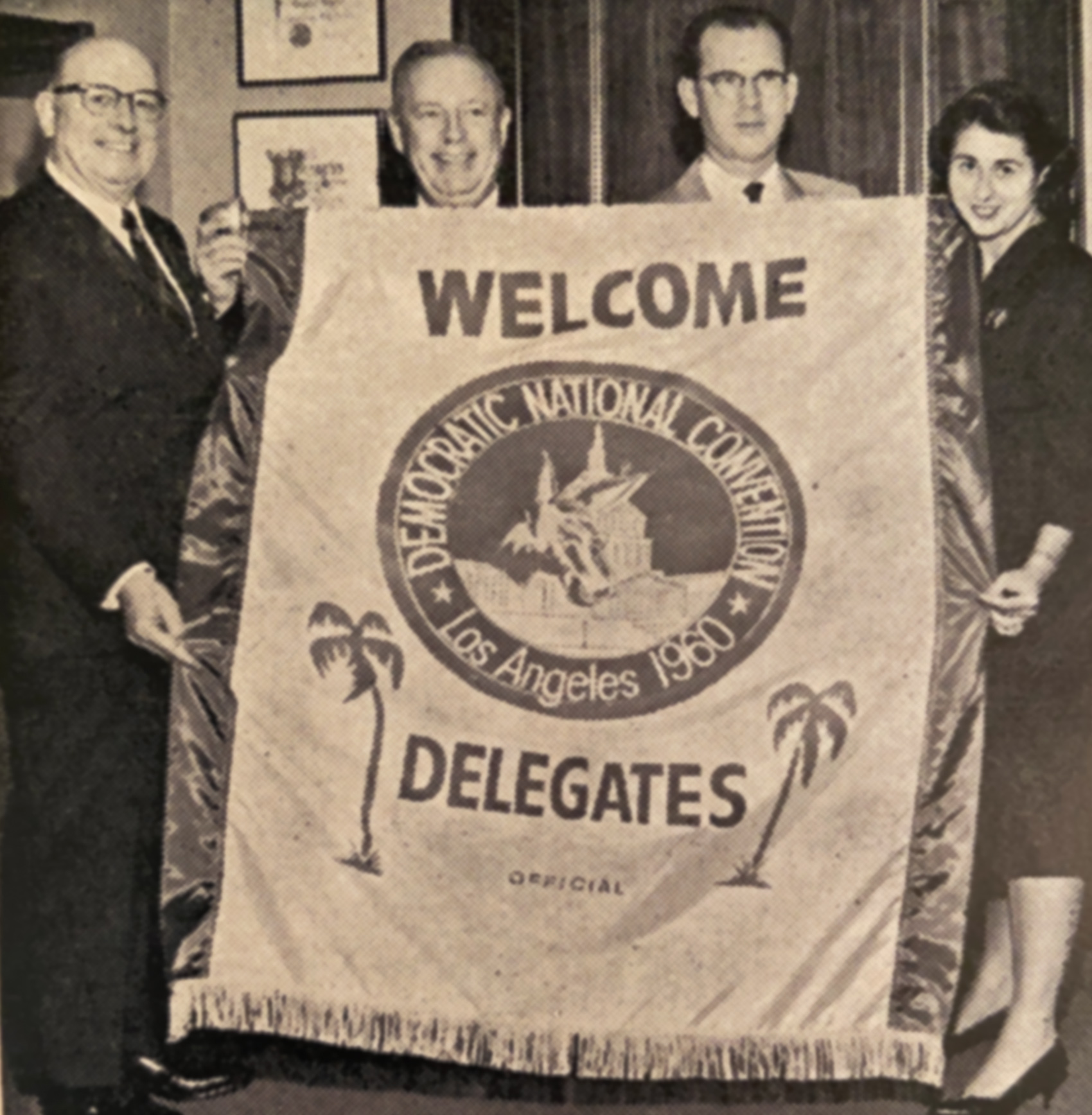 A photograph in the July 7, 1960, issue of the Park Labrea News showed local officials preparing to welcome delegates to the 1960 Democratic National Convention, which was held that July at the Los Angeles Memorial Coliseum. Businessman Martin Pollard, left, joined Los Angeles County Supervisor Ernest Debs and L.A. City Council members Kenneth Hahn and Rosalind Wyman to display a banner with a new emblem for the convention. The symbol was used on signs, stickers, buttons and other materials. At the historic event, Sen. John F. Kennedy of Massachusetts was nominated as the Democratic candidate for president and later won the 1960 presidential election. It marked the first time the convention was held in Los Angeles, which later hosted in 2000. The 2020 Democratic National Convention will be held Aug. 17-20 in Milwaukee, Wisconsin.

Why can’t I find a great fantasy television series?