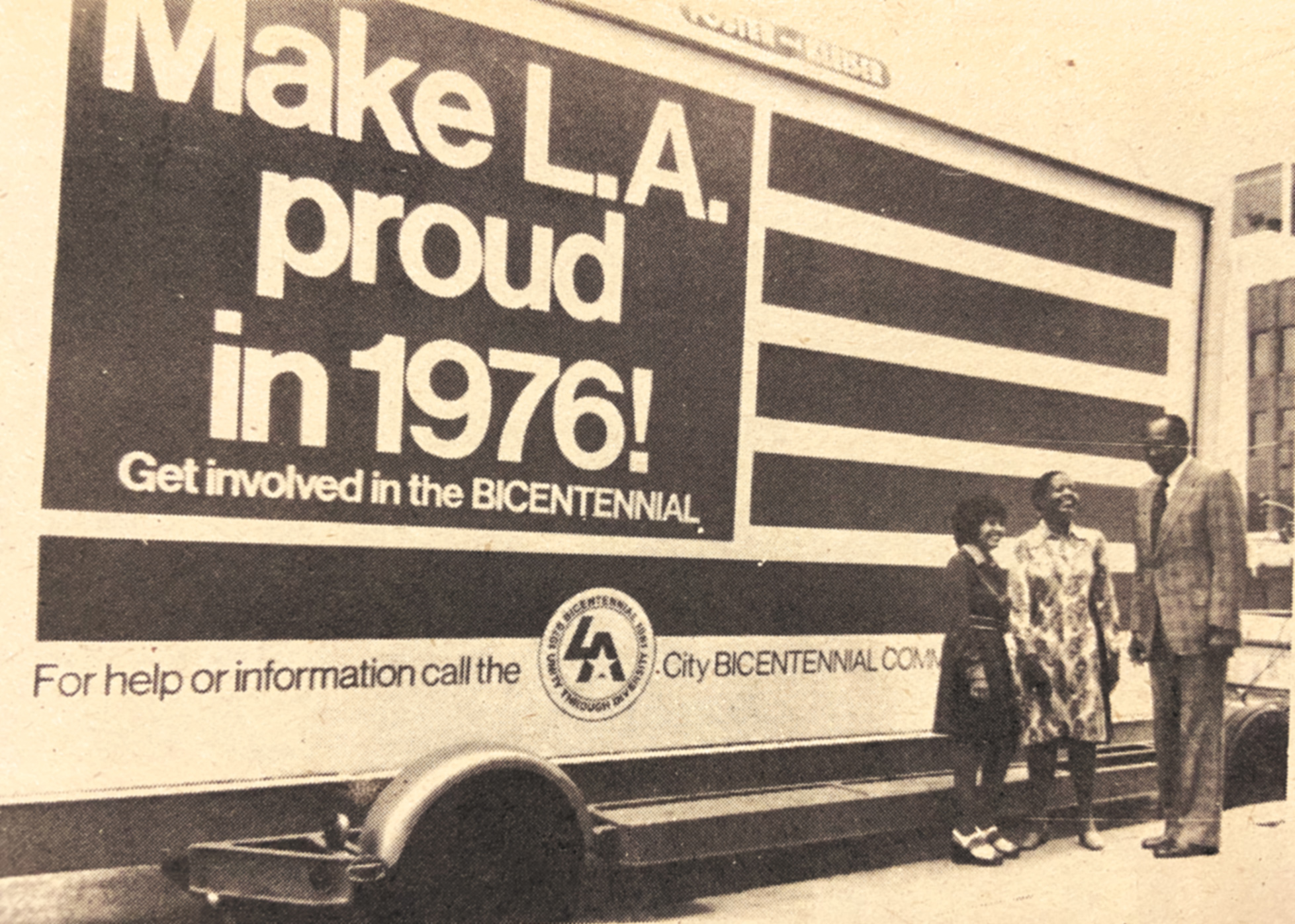 Los Angeles Mayor Tom Bradley is shown in this photograph from the July 1, 1976, issue of the Park Labrea News, with Vee Tinnin and Soledad Garcia, of the Los Angeles Bicentennial Committee. The United States celebrated its bicentennial that year with celebrations throughout the country, many during the month of July. Bradley, Garcia and Tinnin, a Park La Brea resident who was executive director of the city bicentennial committee, unveiled a sign that was placed on more than 100 billboards throughout Los Angeles during the summer of 1976 encouraging people to join the celebrations. Events included fireworks shows, patriotic music performances featuring the LA Phil and others, history programs presented by the Los Angeles Unified School District and “America Dreams On…,” a bicentennial exhibit at the California Museum of Science and Industry in Exposition Park.

The Broad Stage to present poetry