VINTAGE: Bikers help children during celebration at the Petersen 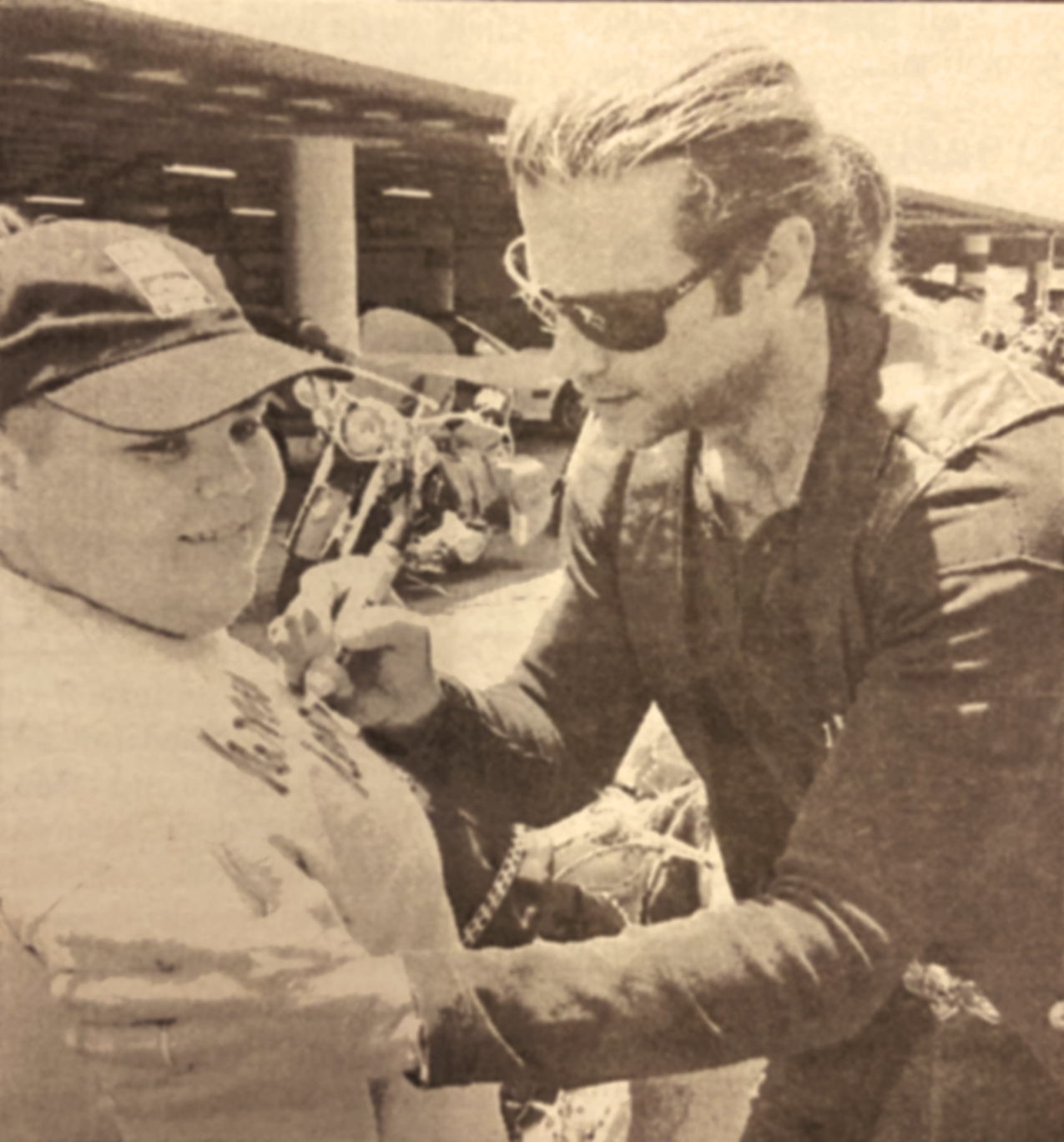 Actor and motorcycle enthusiast Lorenzo Lamas autographed the T-shirt of Arham Diaz at the Petersen Automotive Museum in this photograph in the July 5, 2001, issue of the Park Labrea News and Beverly Press. Lamas was among a group who rode to the museum that day in commemoration of the centennial anniversary of Indian Motorcycles. A $50,000 donation was also made to the Make-A-Wish Foundation, and Lamas spent time with Diaz, a fan who suffered from leukemia. The post-Independence Day event marked the end of a 20-day, cross country journey the motorcyclists made from the birthplace of Indian Motorcycles in Springfield, Massachusetts, to the Petersen Museum in Los Angeles. Riders sold Indian Motorcycles merchandise along the way to raise money for the Make-A-Wish Foundation.