Videos and photos used in search for those responsible for arson, looting and violence 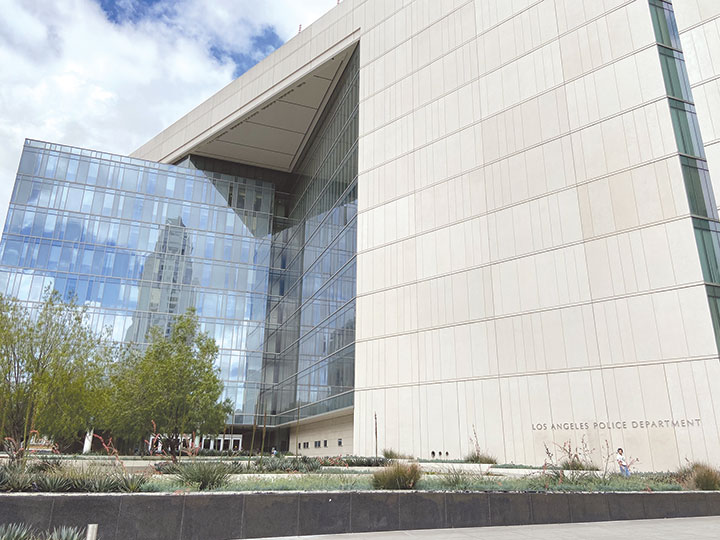 The FBI and local law enforcement officials announced on June 29 that a new website has been created to identify individuals who committed crimes such as looting, arson, robbery, burglary and assault during protests in Los Angeles, Beverly Hills and other cities beginning on May 29.

The website was created by the SAFE LA Task Force, which includes members of the Los Angeles County District Attorney’s Office, Los Angeles City Attorney’s Office, United States Attorney’s Office, Federal Bureau of Investigation, Los Angeles Fire Department and the Los Angeles, Beverly Hills, Santa Monica and Torrance police departments. Photographs, security camera footage and other evidence of serious crimes has already been provided to law enforcement officials, who have posted photographs and videos at lapdonline.org/safelatips. The FBI is offering rewards up to $10,000 for information that leads to arrests and convictions.

Lt. Ben Fernandes, with the LAPD’s Robbery-Homicide Division, said the public has been instrumental in helping authorities determine who was involved with specific crimes, and now help is needed to determine identities. Many of the crimes occurred during a protest on May 30 in the Fairfax District that started as a peaceful demonstration and march but later involved clashes with police, violence, vandalism and other criminal activity. Crimes listed on the website from that date include an arson fire in which a kiosk used by the LAPD at The Grove was set ablaze, as well as a police car at the intersection of Beverly Boulevard and Fairfax Avenue. The website also includes photographs of suspects who broke in and started fires at Pizzeria Mozza and MelroseMAC businesses at Highland and Melrose avenues on May 30. The FBI has issued wanted bulletins for the suspects in each of the arson cases.

Some of the suspects were wearing masks, but others did not have their faces covered. Authorities said investigators can still identify people who are wearing masks through tattoos, clothing and other identifiable markings.

“We have been getting significant tips,” Fernandes said. “These are all cases that are under active investigation and hopefully people will be providing information.”

Anyone with information is urged to call (213)486-6840. Callers can remain anonymous. Tips, photographs and videos may also be submitted online by emailing safelatips@lapd.online, and by visiting fbi.gov/laviolence and lapdonline.org/safelatips.

The Beverly Hills Police Department has also created a website for people to provide tips and information about crimes that occurred during the protests, particularly on May 30 when numerous commercial burglaries and incidents of vandalism occurred on Rodeo Drive and throughout other portions of the city’s Business Triangle.

BHPD Lt. Elisabeth Albanese said information received so far is currently being investigated by detectives, and the city may include photographs and video similar to the SAFE LA Task Force website in the near future. She added that information provided to either website will be shared with the appropriate law enforcement agency investigating each specific crime. To submit information to the BHPD, visit beverlyhills.org/departments/policedepartment/contactus/evidencesubmissionportal/web.jsp.