Victim of murder on La Brea remembered with memorial 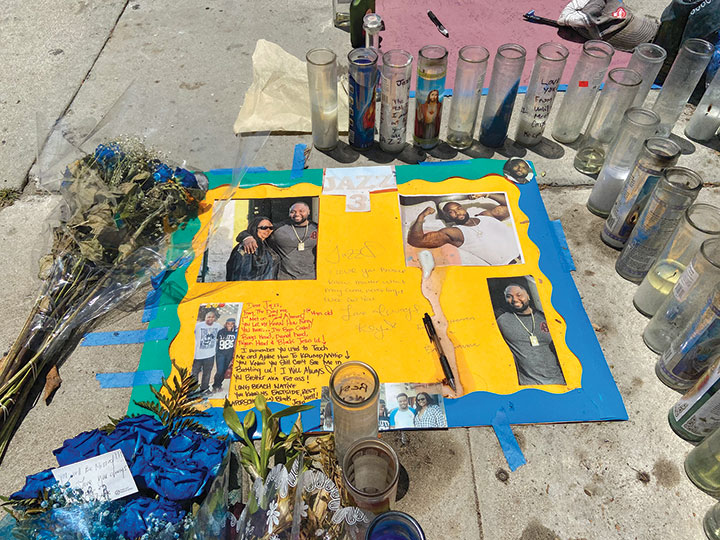 Flowers and candles were recently placed on the sidewalk in the 300 block of North La Brea Avenue in memory of Jazman Winston, 31, who was shot and killed there on July 3. A resident of Long Beach, Winston had been in the area attending a party, police said. The shooting occurred at approximately 11:30 p.m. on the west side of La Brea, just south of Oakwood Avenue. The motive is unknown, but the crime was possibly gang-related, said Det. Sean Kinchla, with the Los Angeles Police Department’s West Bureau Homicide Unit. The suspect was described as a Black man in his 30s. No further information was available. Anyone with information is urged to call investigators at (213)382-9470.