Thanks Disney+, I finally know what ‘Hamilton’ is all about 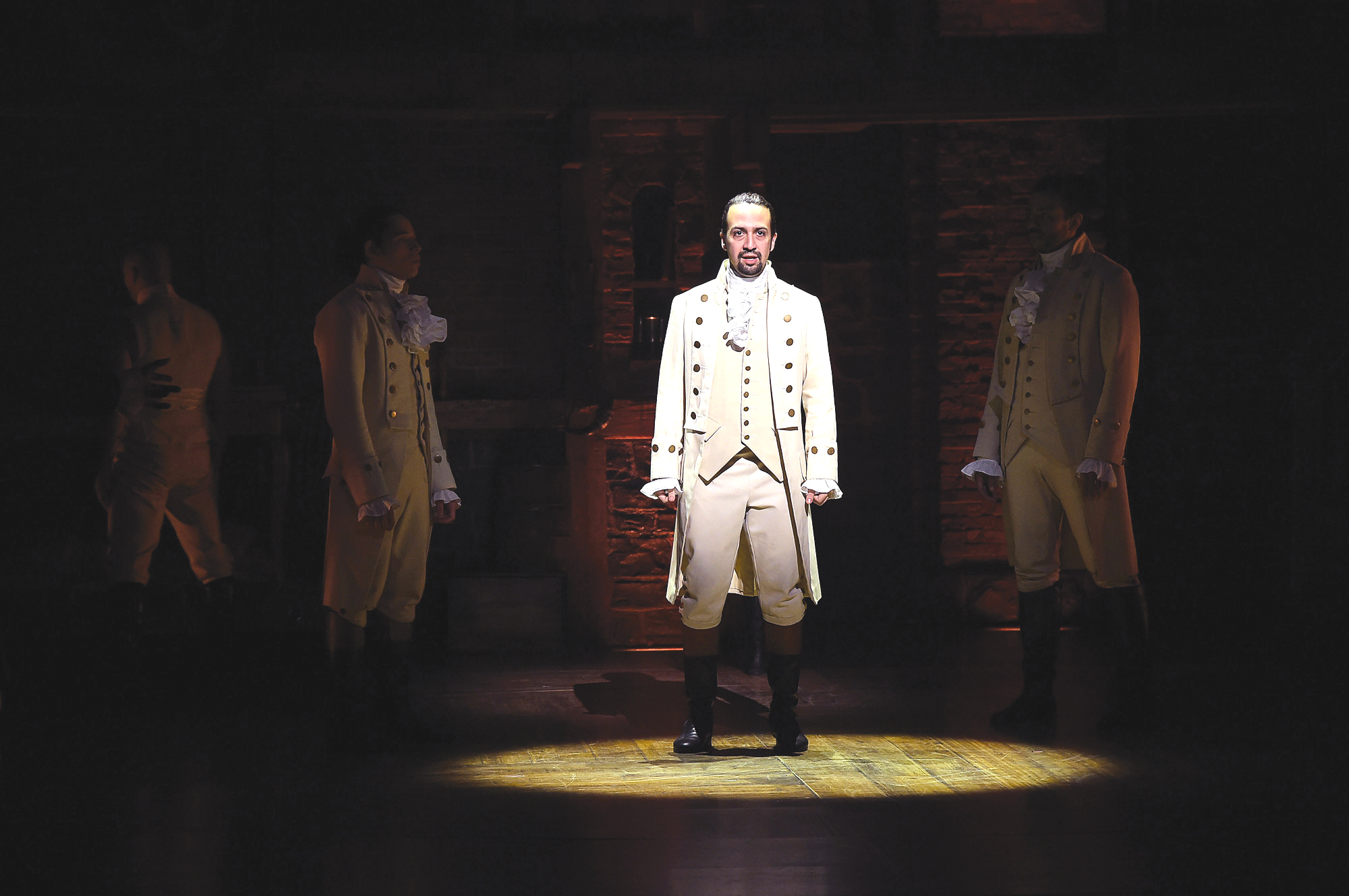 Lin-Manuel Miranda’s musical masterpiece based on a 2004 biography by Ron Chernow has been an unattainable McGuffin for me. I adore musicals, experiencing them on Broadway, in London and of course at the Pantages. But spending hundreds for the cheap seats won’t fly. So when Disney+ posted a 2016 recording of “Hamilton” just in time for July 4, of course I was prepared, but I didn’t know what to expect.

Musical hype has failed in the past, from the “Les Miz” film to “La La Land” (you heard me), so all the hype didn’t ensure victory. Plus, the opening number “Alexander Hamilton,” beloved by so many, never grabbed my attention. As for the rest of the soundtrack, I steered clear in hope to one day experience it the right way.

That meant my only exposure to Miranda and his work has been some interviews, a minor role in “Mary Poppins Returns” and his splendid songs in “Moana.” Now, I can only wonder, how have I never heard “Hamilton” numbers “Satisfied” or “Wait For It” until now? Holy Andrew Lloyd Webber, those songs and so many more are incredible.

My love for musicals pays off wonderfully here. From hip-hop to contemporary show tunes, “Hamilton’s” genre hybridity is its greatest strength, coupled with Miranda’s talent for turning a phrase, or hundreds, in this 160-minute emotional journey.

Certainly, a film pales compared to the real deal. No live music. No performers interacting with the audience. Less energy. That’s all fine. The original cast is no more anyways, and theater won’t be a viable option for some time. Add to that a minor issue: “Hamilton” live might be a gamble. What if the sound is off or the acoustics of your nose bleeds muffle the lyrics?

A show like “Hamilton” requires a high degree of concentration, moving as it does into each song à la “Les Miz” without breaks. It’s an opera with entirely modern music. And Miranda’s words fly by. Casual viewing isn’t an option, so put down your phone, and perhaps enable subtitles. The plotline waits for no uninvolved spectator.

As for the plot, we begin on the eve of the Revolutionary War. Alexander Hamilton (Miranda), an idealist with nothing to his name, prepares to make himself known. He wears his beliefs publicly, while seasoned colleague Aaron Burr (Leslie Odom Jr.) encourages him instead to “talk less, smile more” to play the political game. And so the complicated friendship begins.

Young Alexander quickly makes friends and meets Eliza (Phillipa Soo), whom he falls for, to the dismay of older sister Angelica (Renée Elise Goldsberry). Cue her epic admission of secret love “Satisfied,” both rapped and sung. Goldsberry’s performance is a sight and sound to behold.

Come intermission, “Hamilton” explores the Founding Father’s political career as the first Secretary of the Treasury under Washington (Chris Jackson). Of special note, performers Okieriete Onaodowan, Daveed Diggs and Anthony Ramos switch from Alexander’s brothers in arms to politicians and a son.

This is a clever repurposing of talent, which works especially well for Diggs, first as French comrade Marquis de Lafayette and then as Thomas Jefferson. In each role, Diggs is remarkable, spitting rhymes with precision, leading the show with his charisma.

Along the way, an unexpected appearance breaks the tension as well: King George (Jonathan Groff) taunting revolutionaries in song form, occasionally just sitting to the side laughing at the American experiment. And then there’s Odom Jr. as Burr. His songs standout quite well, especially “The Room Where It Happens,” a more traditional number, and “Wait For It,” which rivals “Defying Gravity” in its anthem status.

“Hamilton’s” timing is odd (to use a soft word), both during a national quarantine but also amid social unrest as the public calls into question who from history should be remembered and how. Alexander Hamilton, after all, traded slaves and married into a slave-owning family. And Miranda himself has said, Hamilton, along with all the other characters depicted in the musical, were complicit in slavery.

Still, the central protagonist is depicted in a more positive light on the subject. I defer to “Selma” director Ava DuVernay on this: “That’s why I don’t look to art for my history,” she said on social media. “I study history.” For her, what “Hamilton” attempts to do does not discount history, it is separate from it.

“As artists, we should be free to say and make what we want,” she wrote. “There are films I despise. Hate. But the artist has the right to make it. And I have the right to find value or no value, be ambivalent, apathetic, critique or praise.”

Instead of seeing “Hamilton” as a piece of historical revisionism, I consider it what French philosopher Michel Foucault called counter-memory, defined as “a transformation of history into a totally different form of time.” Like World War II film “Overlord,” which imagines a racially integrated military unit, counter-memory challenges who and what controls the narrative.

To me, that’s clearly on display in a musical that shirks obligation to alleged authentic casting, authentic music and authentic dialogue. “Hamilton” ruptures those expectations in service of the present moment. What it has to say, I leave to you.

But if you want historical accuracy, seek out peer-reviewed research. Not textbooks, not New York Times best-sellers, not even college lectures. When you witness Hamilton and Jefferson rap-battling over federal debt, perhaps historical fiction is not the point.

The Broad Stage to present poetry