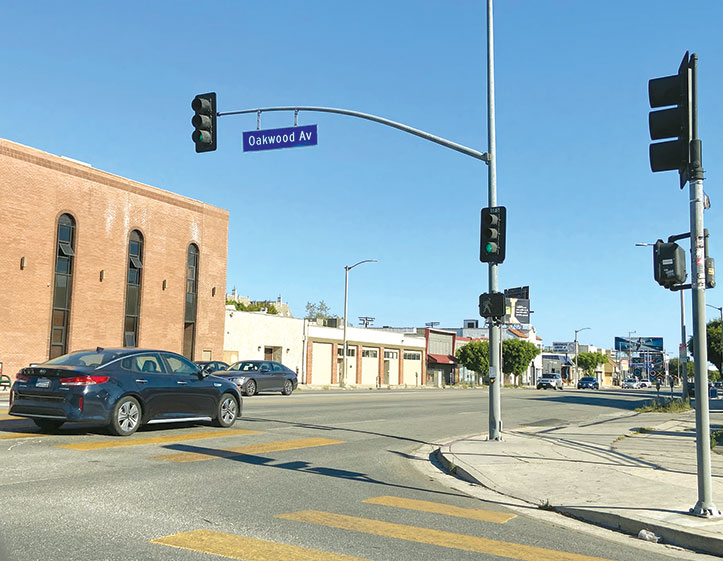 The victim is believed to have been shot near La Brea and Oakwood avenues. He was later pronounced dead at a hospital. (photo by Edwin Folven)

Detectives are searching for a gunman who allegedly shot and killed a victim on July 3 near the corner of La Brea and Oakwood avenues.

The shooting was reported at approximately 11:30 p.m. Officers found a male victim suffering from a gunshot wound in the 300 block of North La Brea Avenue, south of Oakwood Avenue. The victim was taken to a hospital, where he was pronounced dead. The Los Angeles County Office of Medical Examiner-Coroner has not released the victim’s name. Police said he was 31 years old.

The shooting is believed to be gang-related, said Detective Sean Kinchla, with the Los Angeles Police Department’s West Bureau Homicide Unit. The suspect was described as a Black man in his 30s. No further information was available.

Musicians join next round of Grammy's public programs