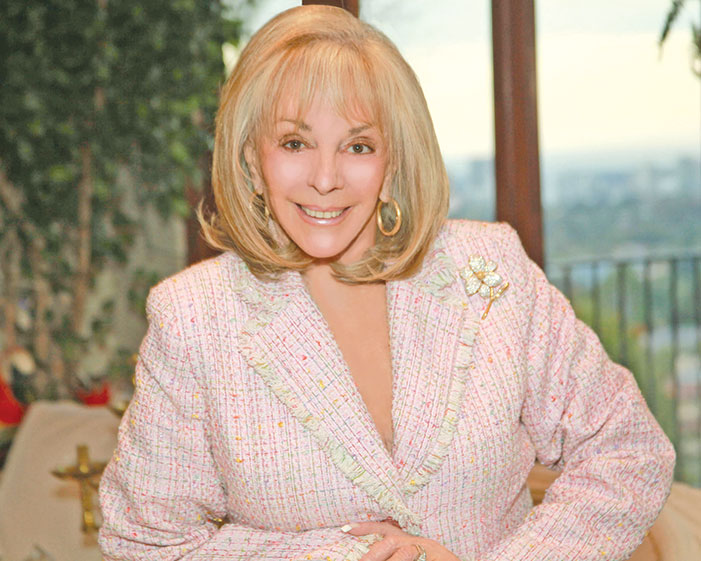 Philanthropist and dancer Joni Berry passed away on June 28 in Los Angeles at age 89 from complications of COVID-19.

For 24 years, she was chair of the Professional Dancers Society, which is affiliated with the Actors Fund. Berry was also a founding member, former president and board member of SHARE, Inc., as well as president of the charitable Los Angeles-based Eichenbaum Foundation.

Born in Chicago, Berry’s family moved to California when she was 8 and lived in Beverly Hills and Palm Springs. She graduated from Beverly Hills High School and was an avid dancer from a young age. Berry danced professionally with Sammy Davis, Jr., Gene Kelly, Dan Dailey and Donald O’Connor.

Berry’s parents established the Joseph K. and Inez Eichenbaum Foundation, which has donated countless millions of dollars to charity. Her father was a major real estate developer in Chicago, Miami and Southern California, including Palm Springs. As their only child, Berry was eventually named president of the foundation by her father and touched the lives of countless people with generosity and volunteer efforts.

Berry endowed the Joseph and Inez Eichenbaum Wellness Center at the Jewish Family Services in Los Angeles, which provides seniors with ways to stay active and healthy by using state-of-the-art fitness equipment for older adults. Berry’s mother had a long battle with Alzheimer’s disease and in her memory, the foundation funds the Eichenbaum Laboratory of Alzheimer’s Disease at Tel-Aviv University.

As chair of the Professional Dancers Society, she helped dancers who required assistance with medical care, housing and other needs. The organization also held an annual Gypsy Awards event each year raising funds for dancers. In 1994, PDS formed a partnership with The Actors Fund and has since raised more than $2 million.

Berry is survived by her husband, Stephen Maitland-Lewis; her son Tony Boyar; step-sons Douglas Erenberg, Howard Erenberg, Toby Maitland-Lewis, Benjamin Maitland-Lewis; step-daughter Victoria Maitland; and 5 step-grandchildren. She was preceded in death by her parents, Joseph and Inez Eichenbuam; her husband of over 30 years Jody Berry, who passed away in 2005; and stepson Alan Erenberg.

Funeral services will be private due to the COVID-19 guidelines and a memorial service will be held at a later date. Donations may be made by mail to SHARE, Inc., P.O. Box 1342, Beverly Hills, CA, 90213-1342, or visit share4children.org.