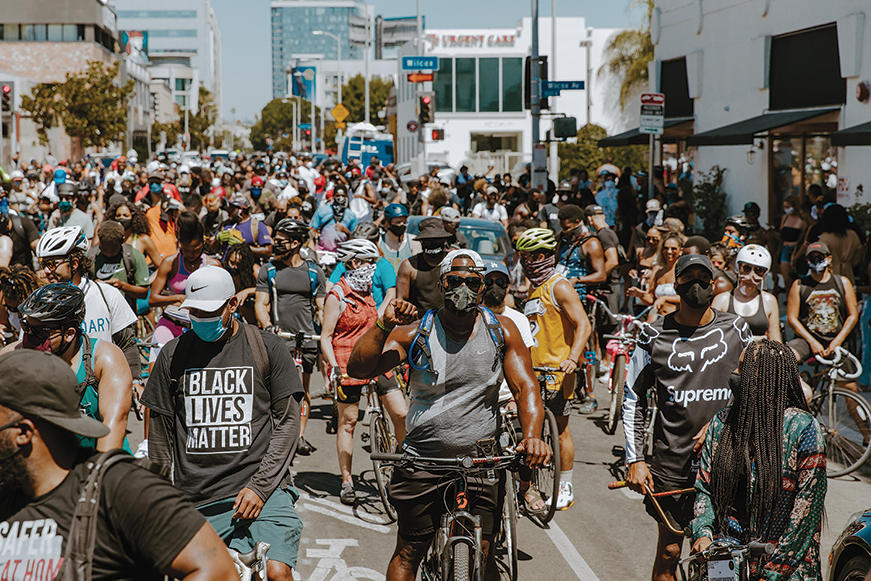 Hundreds of cyclists joined the 14-mile bike ride from Hollywood to Santa Monica in support of Black lives. (photo courtesy of Bike Rides for Black Lives)

More than 600 cyclists wearing masks rode together on July 12 from Hollywood to the Santa Monica Pier in solidarity and support of the Black Lives Matter movement.

“We want to make sure that people understand that the fight for change and equality must never stop until it’s achieved and even then, we must fight to maintain it,” said Lamont Tory Stapleton, one of four co-founders of the organization. “This is not a moment, it’s a movement.”

The purpose of the demonstration was to pressure those in power such as city officials to advocate for justice, organizers said. Stapleton and co-founders Najee Tyler, Lanny Smith and Carver Green hope to dismantle a system rooted in racism and oppression through their nonprofit, and by working collectively with others.

“We want to show people what positive changes can be made if we keep our feet on the pedals and ride for one another until the wheels fall off,” Stapleton said. “All the power lies in the hands of the people.” 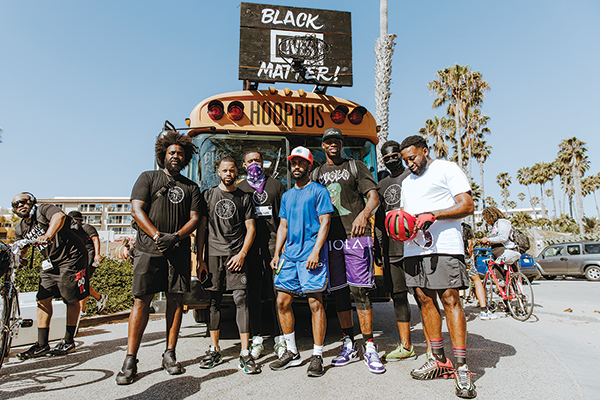 Stapleton said amid the pandemic, organization members and many individuals around the world have rediscovered the joy of cycling and the physical and mental wellbeing it provides. However, following the murder of George Floyd and others at the hands of police, they were motived to bring people together or a bike ride that also served as a protest.

“To be able to utilize a rediscovered love to aid a cause much greater than ourselves just made perfect sense to us,” he said.

The July 12 ride was the group’s second bike ride for Black lives. The first was organized in June and drew 700 protesters.

Stapleton said another goal is to encourage more bike rides for Black lives across the globe.

“We urge people to unplug somewhat and get out in the streets,” Stapleton said. “Interact with people and see what’s really going on. We’ve got a long way to go, but we’ve got to start somewhere. Be heard. Be felt. Demand change. Be the change.”