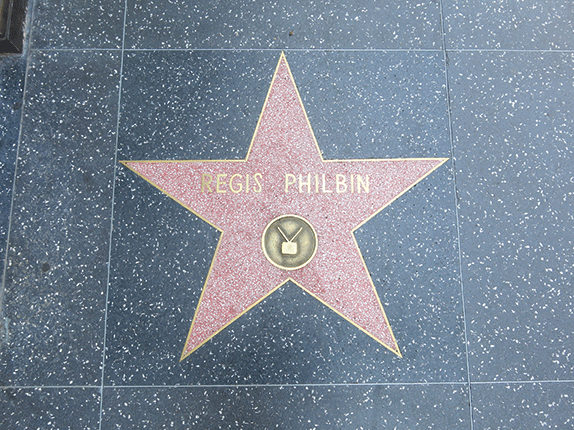 Famed talk show host Regis Philbin died at the age of 88 on July 24.

Philbin, known for his work on “Live! with Regis and Kathie Lee” – which later became “Live! With Regis and Kelly” – and “Who Wants to Be a Millionaire,” won Emmy awards for both shows and holds the Guinness World Record for most hours appearing on U.S. television.

Philbin’s star on the Hollywood Walk of Fame is located at 6834 Hollywood Blvd.