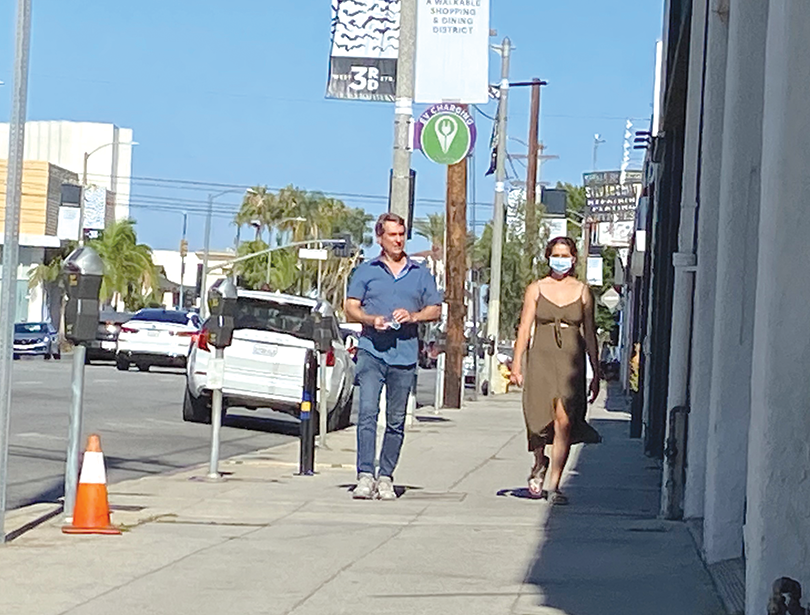 Beverly Hills and West Hollywood are levying fines for people who do not wear a mask in public. (photo by Edwin Folven)

The state of California, Los Angeles County and cities including Los Angeles, Beverly Hills and West Hollywood have orders in place requiring masks or face coverings to be worn anytime people are in public to help prevent the spread of COVID-19.

After weeks of taking an educational approach, authorities in West Hollywood and Beverly Hills are prepared to begin issuing citations. West Hollywood Sheriff’s Station Capt. Ed Ramirez issued a warning on July 2 before the Fourth of July holiday weekend stating that people will be ticketed for refusing to wear masks in public. The city of Beverly Hills has issued a similar warning. So far, law enforcement officials in both cities are contacting people not wearing masks or face coverings and have not issued any citations because people have been overwhelmingly compliant and put a mask on when directly told to do so. West Hollywood sheriff’s deputies and Beverly Hills Police Department officers are providing masks to people who don’t have one to wear.

“For over two months now, we have been spending a lot of time – both police and code enforcement officers and park rangers – educating the public on the city ordinance, and we are not seeing the compliance we expect,” BHPD Lt. Elisabeth Albanese said. “Since we have concerns about the rise in cases, we are at the point now where we will start issuing citations. It’s not something we want to be doing; issuing citations is a last resort. We would prefer that community members and others, when they are out in public, will comply with the city’s order and wear a mask.”

The tickets issued in both Beverly Hills and West Hollywood are administrative citations, which differ from criminal citations in that they are resolved by paying a fine and do not result in further penalties or a criminal record. In Beverly Hills, the fine is $100 for a first offense, $200 for a second offense and $500 for a third and subsequent offenses. In West Hollywood, fines and fees total $300 for a first offense.

Ramirez also said deputies are using citations as a last resort, but they are a tool for enforcement in the most egregious instances if people refuse to wear a mask. He said the West Hollywood Sheriff’s Stations Community Impact Team canvassed the city over the holiday weekend and contacted 100 people who were not wearing masks. All complied and put a mask on, he added. 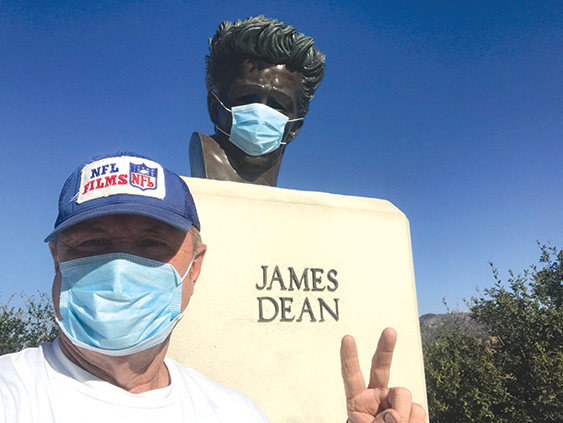 “We don’t want to have to write one citation,” Ramirez said. “Our goal is to educate and persuade. But if folks refuse to wear a mask in public, we have that option. This is an effort to keep the population safe and healthy and to stop the spread of the virus. We’ll continue to give out masks. We want to be very diplomatic. We are not pulling people over and stopping them for not wearing a mask, but if we see someone out in public or get a complaint, we will make contact.”

The West Hollywood City Council addressed the issue at its meeting on July 6 and made minor changes to the city’s order requiring masks in public. Exceptions were made for children 2 and under, for individuals who have breathing issues and for individuals, such as seniors and people with disabilities, who need assistance putting on a mask. The changes also place the city in compliance with any other rules in the county’s order regarding where and when face masks must be worn.

For now, the city of Los Angeles is still taking an educational approach to requiring masks to be worn in public. The Los Angeles Police Department is advising people about the requirement when they come in contact with someone not wearing a mask or when officers receive complaints, LAPD spokesman Chris Ramirez said.

“We haven’t been given any directive to issue citations. We have been educating people about the requirement to wear a mask and telling people it’s better to wear a mask than to get yourself or someone else sick,” Ramirez added. “We are also leading by example by having our officers wear masks. We want people to take this seriously.”

The Los Angeles City Council, which is currently in recess, is poised to consider other mechanisms to ensure masks are worn in public. On June 26, the council’s Health, Education, Neighborhoods, Parks, Arts and River Committee, chaired by Councilman David Ryu, 4th District, considered the issue and made recommendations to be considered by the full council in late July or early August. The council is also awaiting a report on enforcement options, which could include citations.

Thanks Disney+, I finally know what ‘Hamilton’ is all about