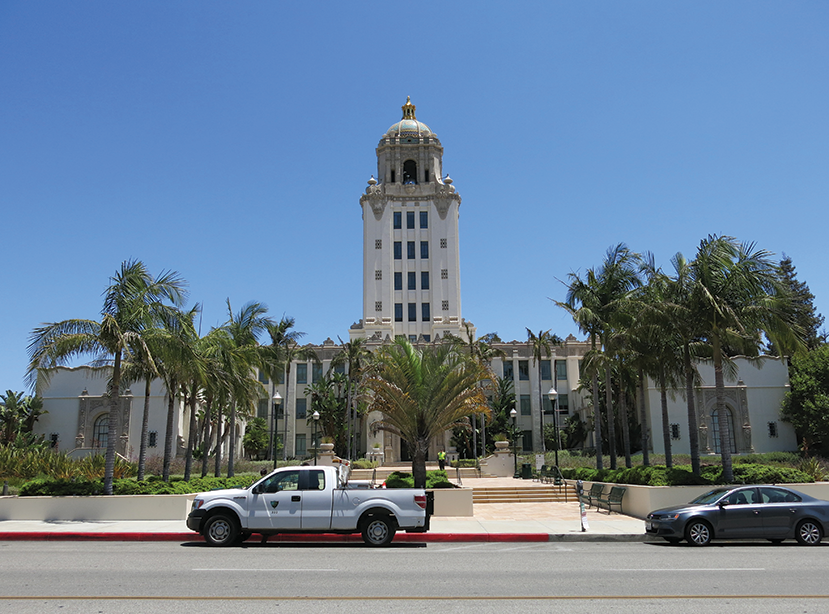 On July 14, the Beverly Hills City Council took the first steps toward requiring more transparency from political action committees that seek to influence elections in the city.

Earlier this year, a pair of PACs – the Beverly Hills Chamber of Commerce Leadership PAC and Beverly Hills United to Support Bosse and Gold for Council 2020 – advocated for Councilwoman Lili Bosse and Councilman Julian Gold to be reelected to the City Council in the March election.

In particular, Beverly Hills United to Support Bosse and Gold for Council 2020 drew criticism from some candidates in the race, as it collected money from people and corporations outside of the city, as well as Beverly Hills residents and businesses. In addition, the identities of some of the people who chose to contribute were concealed by corporate names.

On July 14, after a recommendation from the city’s Sunshine Task Force, which studies “measures to advance greater transparency and public involvement in local government operations,” according to the city’s website, the council unanimously supported drafting an ordinance requiring more transparency of independent expenditure committees.

The ordinance would bring independent expenditure committees in line with ballot measure committees, which must file a form with the City Clerk within 72 hours of making a payment of at least $250. That form identifies the name and address of the committee, its Fair Political Practices Committee identification number and the name of the treasurer of the committee.

Ballot measure committees also must file pre-election reports and report contributions of at least $1,000 on the next business day after the contribution, and they must list donors of $10,000 or more in their print advertisements.

The council was unanimously in favor of adding these stipulations, though Bosse suggested adding the required disclosure of managing members and majority shareholders of corporations who contribute, and Councilman John Mirisch sought to lower the $10,000 donor disclosure amount and make a list of large-dollar donors available on the city’s website.

“That’s way too much money … I’d lower [the $10,000 limit] to basically whatever our limits are for elections for individuals, because otherwise, it’s circumventing our rules,” Mirisch said.

City Attorney Laurence Wiener will take the council’s direction and draft an ordinance, which will come back to the council for consideration.

Rabbi Sidney “Simcha” Green, who unsuccessfully ran against Bosse and Gold in the March election, has continually raised the issue of the Beverly Hills United to Support Bosse and Gold for Council 2020 during the public comment portions of council meetings since his defeat. Green, who said he did not run to unseat Bosse or Gold but instead entered the race to bring attention to medical marijuana and interfaith relations with hope that the candidates would spend more time on those issues, said he supported more transparency for PACs, but does not think the proposed changes go far enough, nor did the council try to find out more about who was behind the PAC.

“[PACs] should be limited to the amount of money that any candidate could raise, which was $450 in this last election. Anyone who wants to create a PAC should also limit themselves to that amount, but in no way was there a discussion at this meeting as to the questions of what happened in the past election … Those questions should be presented to both the people whose names were on the PAC and the candidates and their committees. ‘Were you in any way involved in the development and creation of the PAC?’ That’s what I’ve been for months raising. I’m not happy with what happened today,” he said.

Green added that, in spite of the distractions caused by the coronavirus pandemic, he hopes others will join him in trying to find out who was behind the PAC and why they supported the candidates that they did.

“The question remains, was there a purpose that the PAC had in mind to guarantee that Gold and Bosse were reelected? I don’t know the answer to that question. Maybe there was,” he said.