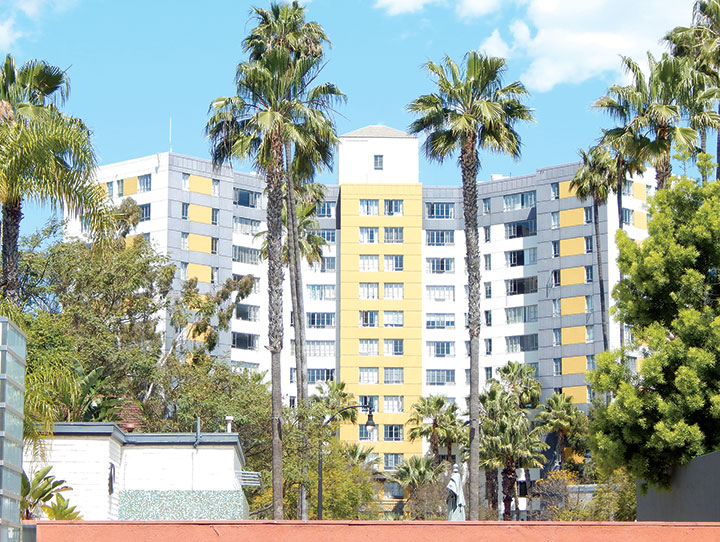 Los Angeles Police Department detectives are investigating all aspects of the incident before reaching any conclusions or ruling on cause of death. (photo by Edwin Folven)

A 26-year-old man died in a fall from the 12th story of a tower in the Park La Brea complex at approximately 9:45 p.m. on June 28, and an investigation is ongoing.

The LAPD and the Los Angeles County Department of Medical Examiner-Coroner are conducting an investigation into the death. Because authorities did not witness the events leading up to the incident and there is uncertainty about what occurred, a thorough investigation must be conducted. The coroner’s office identified the man as Clark Hellstern. The cause and manner of death will be determined pending the outcome of the investigation.

Witnesses told police the victim was hanging from a window and shouting prior to the fall. Nobody else was inside the apartment when it was searched by police, Kinchla added. Detectives will use witness accounts and any security camera footage that may be available to determine exactly what occurred, Kinchla said.

Case of man found dead in vehicle remains a mystery