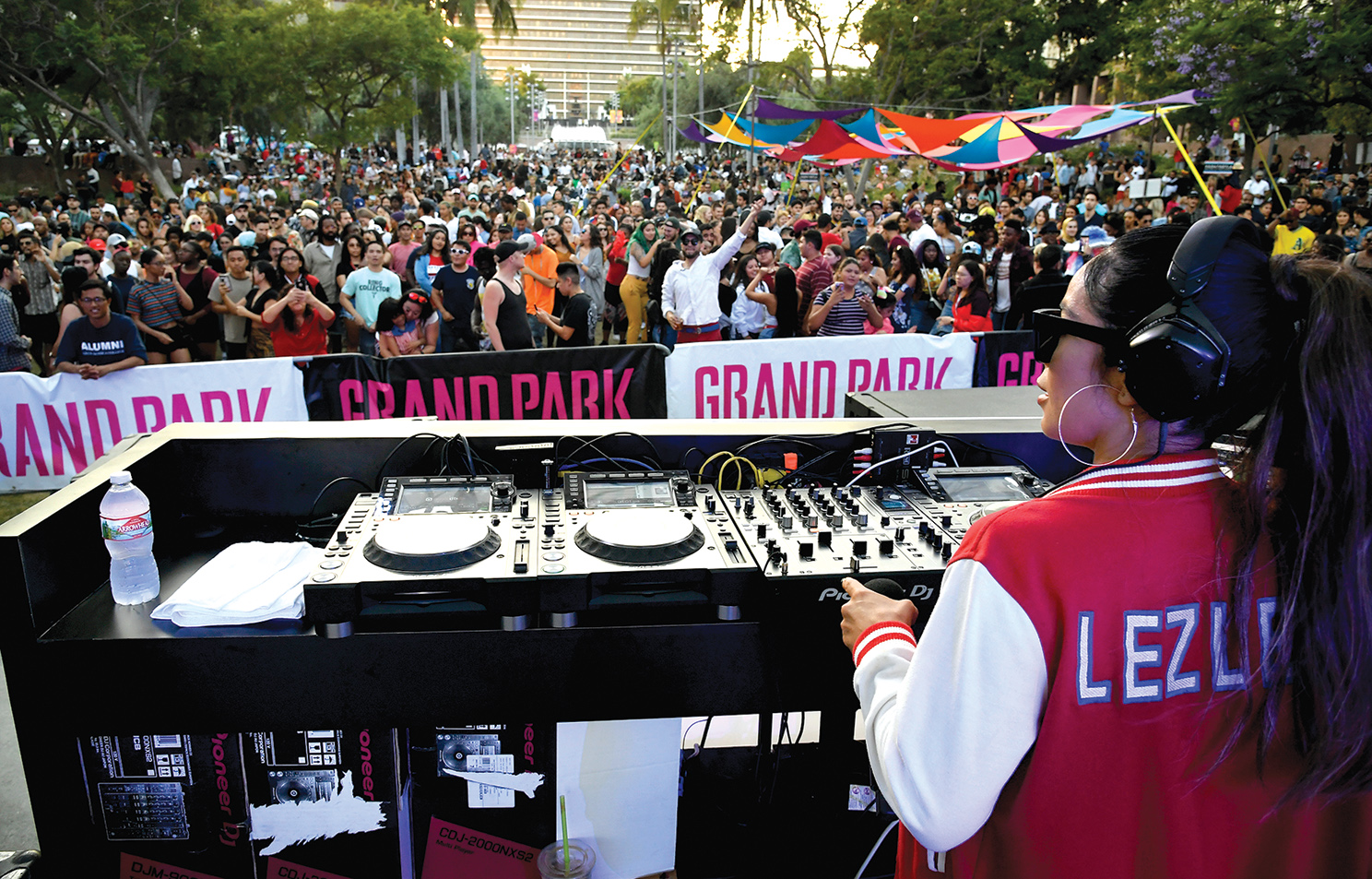 More than 2.5 tons of pyrotechnics are being set up at the Rose Bowl as preparations begin on the largest Independence Day celebration in Southern California seen in Pasadena on July 1, 2019. (Photo by John McCoy, Contributing Photographer)

For the first time, the eight annual Grand Park + The Music Center’s Fourth of July Block Party: Home Edition has partnered with ABC7/KABC-TV Los Angeles, Southern California’s most-watched television station, to broadcast the first hour of the event on July 4 from 7 to 8 p.m. on ABC7.

Viewers can also stream the first hour live on abc7.com and ABC7’s connected TV apps. The special will simulcast on L.A. County’s public access Channel 36 and will continue with expanded programming streamed from 8 to 10 p.m. on Grand Park’s and the Music Center’s digital channels.

The event will be hosted by ABC7 Eyewitness News anchor Coleen Sullivan, who will be joined throughout the special by Eyewitness Newsmakers’ host Adrienne Alpert and community journalists Sophie Flay, Ashley Mackey and Eric Resendiz.

While the family-friendly, free event pivoted to online platforms due to restrictions limiting large public gatherings, it will now also be accessible to television audiences through this unique partnerships.

The park will remain open on July 4, as it had been a central site for civil demonstrations; however, there will be no programming available in the park or the traditional fireworks show.

The remainder of the program features the viewpoints of L.A.-based personalities sharing their personal stories and cultural perspectives of what it means to be an Angeleno.

“For seven years, Grand Park + The Music Center’s Fourth of July Block Party has provided a space where neighbors from across Los Angeles were welcomed and invited to lift one another up through music, dancing and art,” said Rachel Moore, president and CEO of the Music Center. “We may not be able to gather physically this year, but we can still bring a sense of unity to this virtual event, and appreciate the power of the arts to heal, connect and celebrate the diversity in our county.”