Experience the theater through virtual reality 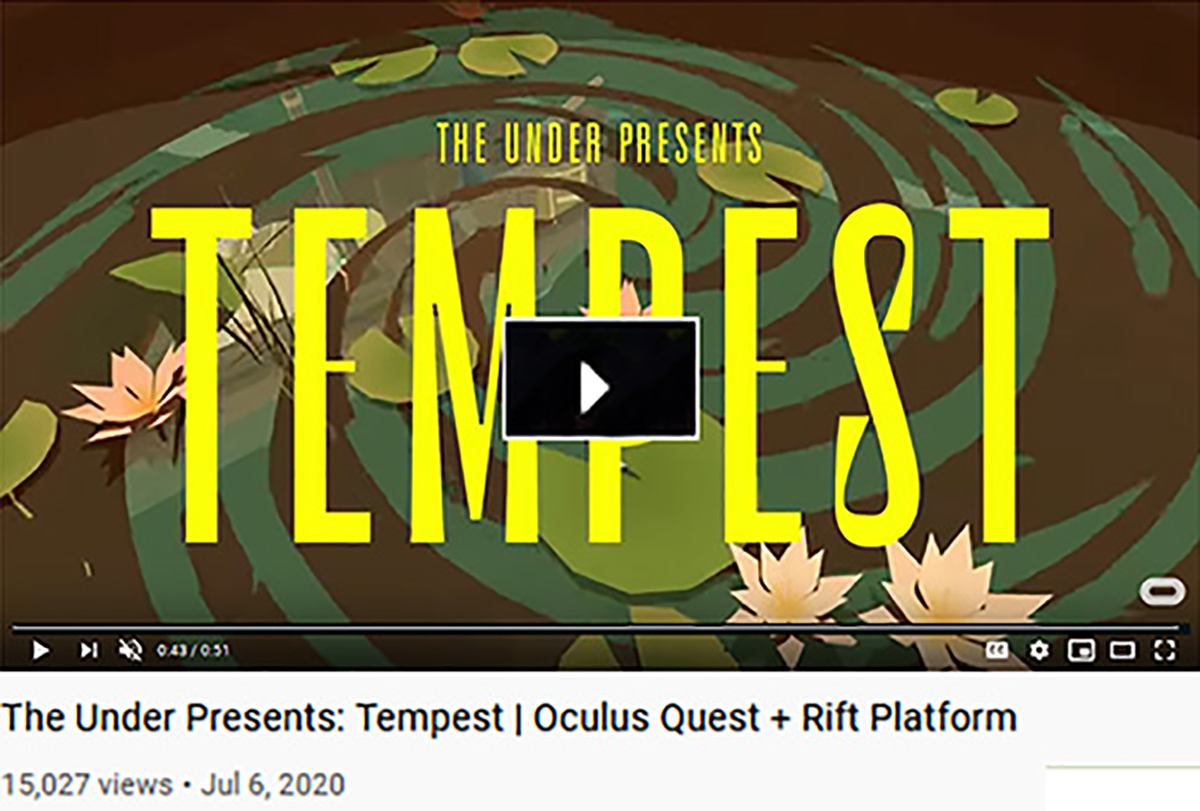 “The Under Presents: Tempest” is available on YouTube and requires a virtual Oculus head set. (photo courtesy of Lucy Pollack)

Actor Deirdre Lyons has assumed the role of Prospero in the live, immersive theatrical production of “The Under Presents: Tempest,” available for viewing with an Oculus virtual reality headset on Oculus Quest and Oculus Rift, now through Sept. 30.

Performances of “The Under Presents: Tempest” begin weekdays on the hour from 4-7 p.m. and weekends from 11 a.m. to 2 p.m.

“Virtual reality is part of the future of storytelling, and this production gives a great example for how VR and live theater can successfully come together,” said Lyons. “During this time of social distancing, VR is emerging as an alternate way for audiences to experience live theater.”

“The Under Presents: Tempest” is a creation of award-winning art and games studio Tender Claws. The show is a combination between an immersive theatrical experience led by live professional actors and VR gaming. Audiences perform magic with Prospero, and together they can create a timeless tale of love and revenge.

The show is loosely based on Shakespeare’s “The Tempest” and it runs for 40 minutes. Lyons is one of 11 actors who rotate in the role of Prospero.

“All of our shows are a bit different,” she said. “We start from a script, but the new personalize it. So that it makes it fun for multiple returns.”

Best known for her work in immersive productions, Lyons was part of the original cast of JFI Productions’ “The Willows,” which was produced three times due to its popularity. She also appeared in “Freakin’ Weekend,” a VR film from Amaze Productions.

Tickets can be purchased in advance, with a limited number of day-of tickets available on a first-come basis. Tickets are $14.99 and can be purchased at the Oculus in-app box office, and include permanent access to “The Under” multiplayer space.

An Oculus Quest or Oculus Rift VR headset is required to view the show. For information, visit tenderclaws.com/tempest.