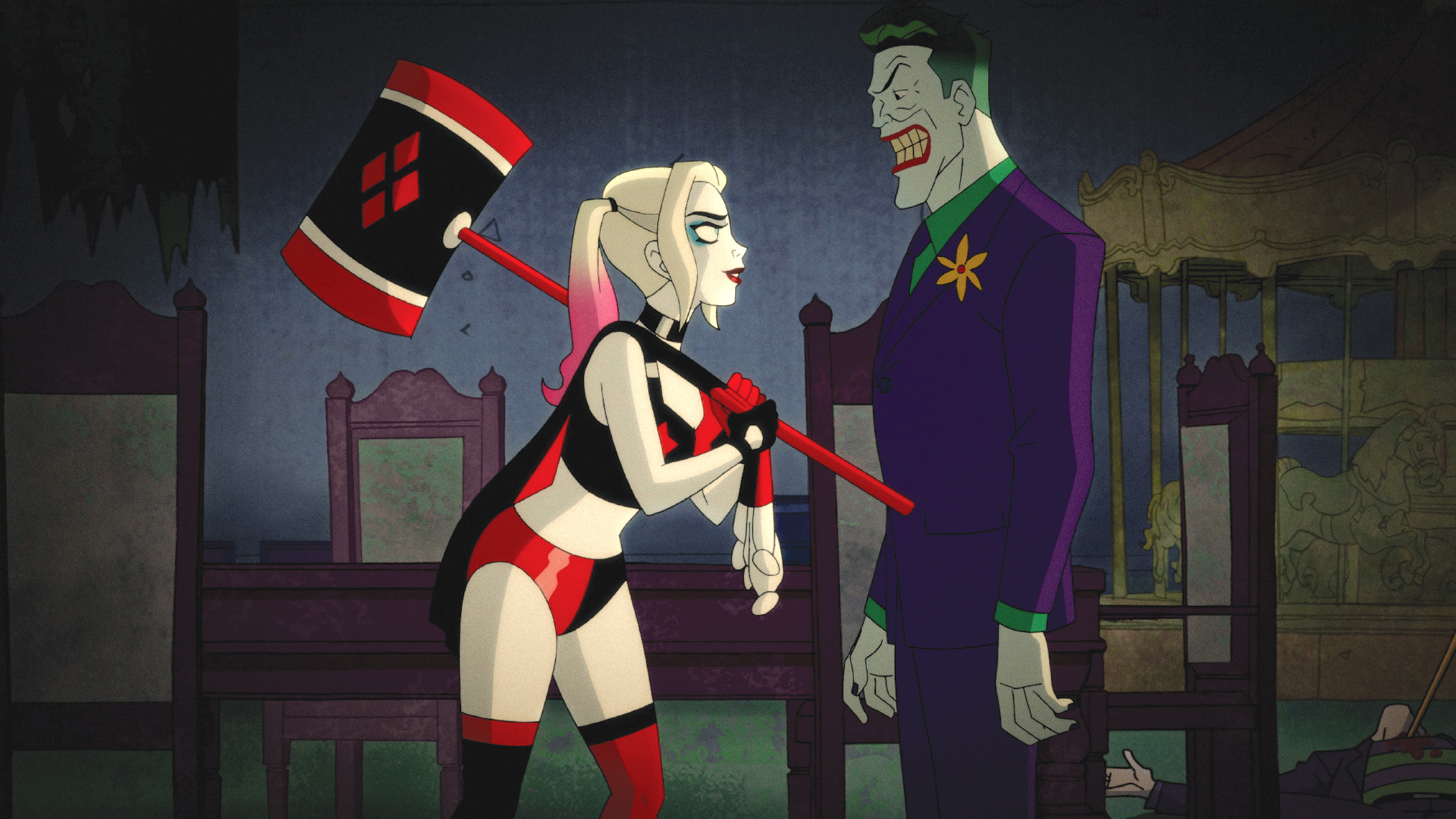 Ever since “The Dark Knight,” Warner Bros. has attempted to cash in on the gritty superhero, proving the studio and all DC products are more adult than their only real competitor.

The outcome ranges from boring to occasional standout moments. Come a few more humorous flicks, and flairs for the dramatic seemed to give way to more lighthearted fare. Even Harley Quinn’s kinda exclusive debut, “Birds of Prey,” R rated as it was, had more in common with “Deadpool” than this millennium’s on-screen Caped Crusader.

Then came DC Universe, a niche streaming platform for diehard DC fans. The modest library of original content offered proper thematic sequels to supes with true grit. As for “Harley Quinn,” the latest animated exploration of the character who originated in animation as well, the tone and style of “Birds” remains but bites much harder. Don’t let the kids embark on this journey unattended (or at all). It’s one of the most crass, irreverent cartoons out there.

Both seasons – totaling 26 episodes – cleverly employ violence and foul language to depict a side to supervillains of unexplored. This Harley (voiced by “The Big Bang Theory’s” Kaley Cuoco), once naive therapist Harleen Quinzel charged with overseeing the Joker’s care in Arkham Asylum, grows tired of the sexism that favors her male colleagues in the villain community.

Joker has got to go, but Harls finds it hard to quit her dudin’. Thankfully, her biggest fan, Pamela Isley – Poison Ivy (Lake Bell) to a horrified public – saves the day, helping her budding BFF make the hard choice to go solo in love and her villainy. The series features a slew of antics and endearing camaraderie, amongst the Clown Princess of Crime and her new crew.

Both seasons focus on the relationship between Harley and Poison Ivy, who favors plants to people, though she has a soft spot for B-grade advisor Kite Man (Matt Oberg). At first, the pair butt heads over Harley’s off-and-on encounters with the ex and Harls’ inability to take advice, but the second season embarks upon life after the breakup haze. And for anyone familiar with the long history of “Harlivy” – their couple name – it eventually comes up, moving beyond coy homoeroticism. 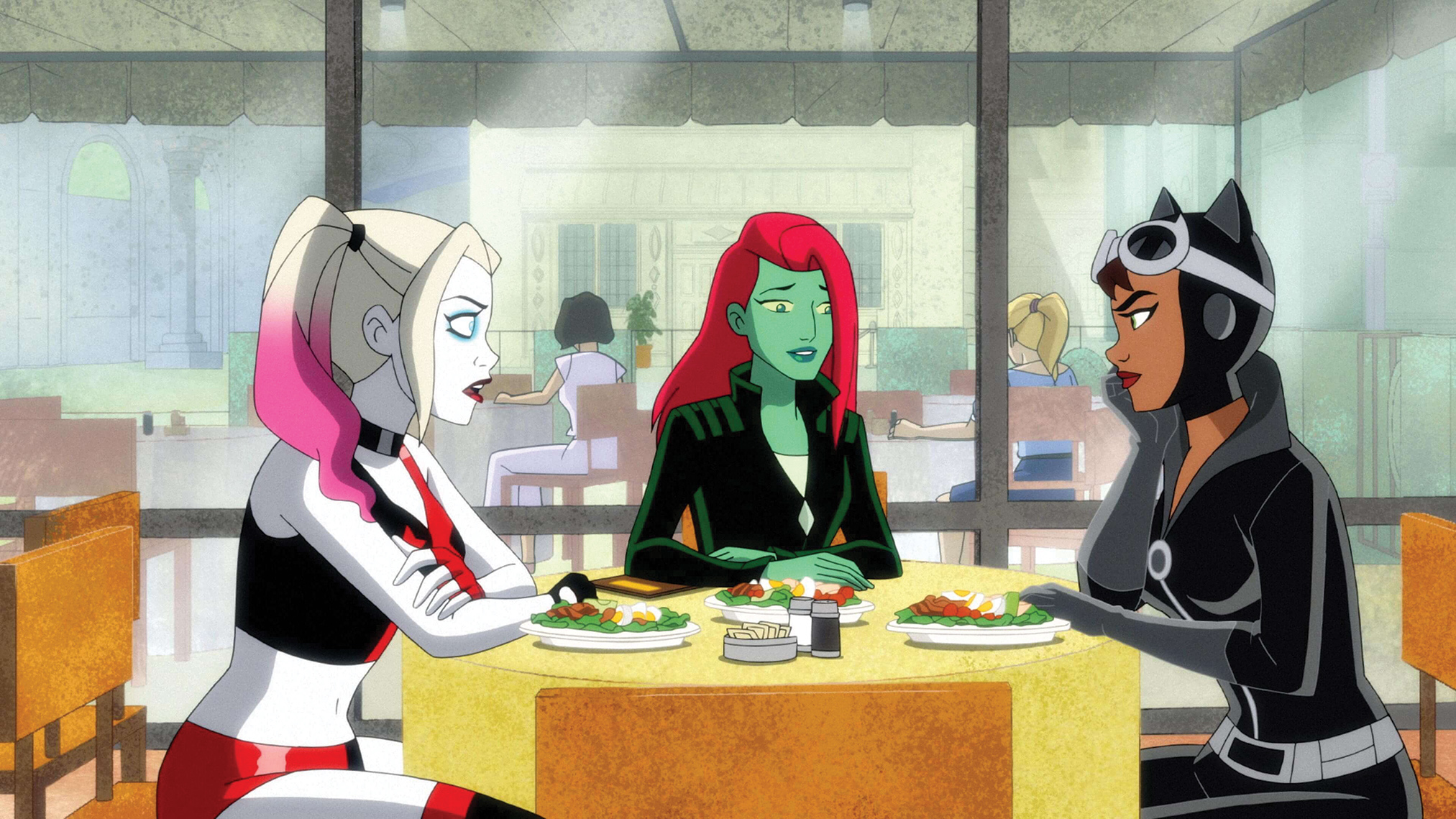 Don’t expect the series’ unique takes on each character to comply with comics fidelity. Clayface isn’t the monstrous shapeshifter from the comics, other series and even video games. He’s an aspiring thespian (a fun nod to past depictions). Marvelously voiced by Alan Tudyk, Clay sees himself as the perfect infiltrator in Harley’s gang. Small problem: he spends more time getting into character – developing backstories and motivations – than actually helping with heists and other villainous activities.

Then there’s King Shark (Ron Funches), the IT guy with a sensitive soul. But he’s also a shark who can’t control his cravings for blood. Next, Ivy’s landlord Sy Borgman (“Seinfeld’s” Jason Alexander) is a former operative of some kind. Nobody quite knows, but most of his body parts are now mechanical, and his automated wheelchair includes a host of explosive surprises.

Harley even recruits Doctor Psycho, recently ousted from the Legion of Doom for being too sexist to remain a member. And this series wouldn’t be complete without Frank (J. B. Smoove), Ivy’s “Little Shop”-like plant roommate, who occasionally eats folks and always provides hilarious commentary.

“Harley Quinn” doesn’t really need an elaborate story arc since the cast’s chemistry drives each episode, always resulting in splendid shenanigans. That said, a driving story actually guides each season. The season 2 finale does just that, providing both a satisfying conclusion and hinting at more to come. More to come indeed. Once production returns from hiatus, Harls best reestablishes her reign over superhero media.