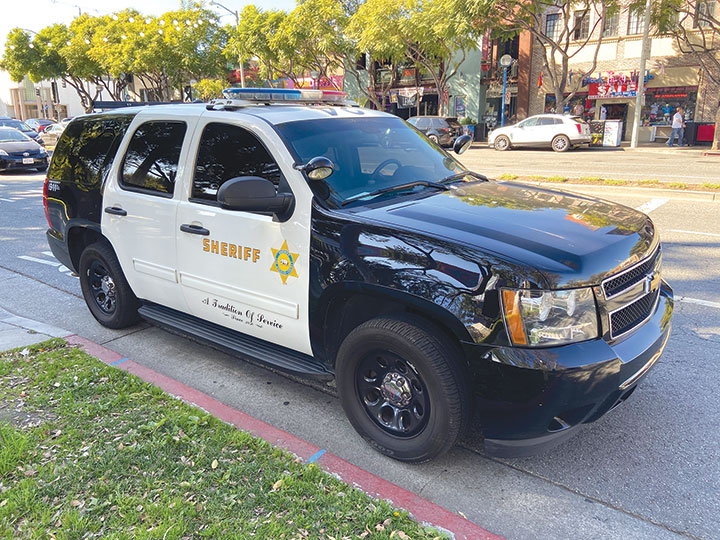 The West Hollywood City Council voted in support of conducting a future analysis of policing within the city. (photo by Edwin Folven)

The West Hollywood City Council voted unanimously on July 6 in support of a proposal to conduct an analysis of policing within the city.

Councilmembers Lauren Meister and John D’Amico initiated the item in the wake of protests and outrage over the deaths of George Floyd, Breonna Taylor and many others at the hands of police officers.

“The spirit and thought that went into the staff report was also about things we do in West Hollywood that [are] separate from the county at large,” City Manager Paul Arevalo said. “We aren’t being critical of how the sheriffs are operating, but as we are going into a new decade, there are better practices that can be employed not only in West Hollywood but also countywide.”

In approximately 90 days, city staff will return with a more comprehensive update on the sheriff’s department’s use-of-force policies, and ways to engage the community and include its input on experiences with law enforcement. The report will also examine how the city could possibly enact police reform.

The city will hire independent experts in policing to review best practices, examine public safety statistics and look at use of force policies and arbitration to form recommendations on how to best promote justice and equity in policing. The future recommendations will be brought to the Public Safety Commission for review and input, and later brought back to the City Council for discussion and additional direction.

All findings and recommendations will also be shared with the California Contract Cities Association, Los Angeles County Board of Supervisors and the Los Angeles County Sheriff’s Department, as well as city commissions and advisory boards.

West Hollywood resident Zekiah Wright, a member of the city’s Lesbian and Gay Advisory Board, spoke during public comment and said there needs to be more community-based services offered in situations when armed law enforcement may not be appropriate.

“Over the years, and certainly over the last couple of months, there has been a nationwide push to demilitarize law enforcement and even to abolish law enforcement,” Wright said. “In response to protest and the escalation of violence, law enforcement interaction with the public around town are examples, it has become more apparent that law enforcement as it exists today has become a thing of the past.”

Council members will continue to have conversations about police reform, and they agreed it is time to reexamine the city’s use of law enforcement and alternative services to address situations that do not require police presence. Mayor Pro Tempore John Heilman said West Hollywood has some unique issues, but the city is known as a leader in shifting away from law enforcement in lieu of more community policing and code enforcement.

“I would like us to use our leverage, our position as a contract city to make something happen countywide,” Heilman said. “We have a vigorous code enforcement that responds now with law enforcement, but with authority and ability to resolve issues. We also want to make sure that law enforcement that is occurring in the city is not where it is nationwide, which is unequal. We want to make sure people that come into the city of West Hollywood and people who live here are all treated with respect, fairly and that there is no discrimination in our law enforcement.”