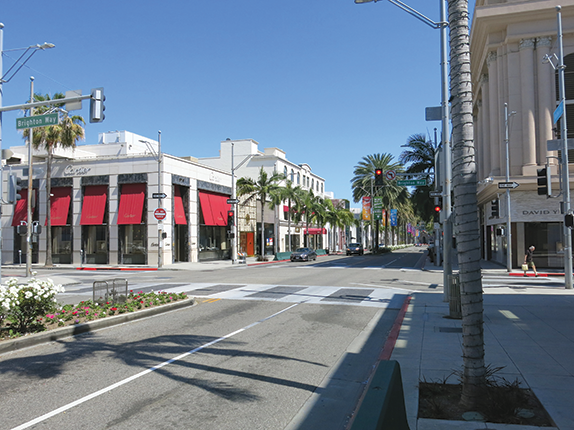 On July 14, the Beverly Hills City Council took the first steps toward potentially putting a 0.75% sales tax increase to the voters this fall, though they were clear that the city’s tax would not go into effect unless Los Angeles County or a special district were to try to impose a tax of their own.

“Our job is to be protective of our city, our ability to generate local funds. In the future, I think that’s critical,” Councilman Julian Gold said.

The City Council was unanimously in support of an idea to put a potential sales tax increase to the voters on the Nov. 3 ballot, though it would be made clear that the city’s sales tax increase would only be put in place if a sales tax levied by a district or the county was in the process of becoming a reality.

“I think it’s important that we make it clear that we’re not raising the sales tax. I think that’s imperative … However, if we are at risk that another district is going to do that, we want the dollars that are generated from that [0.75%] to stay in Beverly Hills,” Gold said.

“This is really not a sales tax increase; it’s a revenue-protection measure. I think we need to put it on the ballot as such,” Councilman John Mirisch added.

“To me, this is more of a preventative measure. I don’t want to do what West Hollywood’s doing. I would want it to go into effect only if L.A. has something. I think everybody, our residents, would want the money to come to us,” Councilwoman Lili Bosse said.

Vice Mayor Robert Wunderlich noted that while he doesn’t “think this is good public policy or should be allowed to happen,” other cities are taking advantage of the moment and passing their own sales tax increases. According to the city staff report, 31 Los Angeles County cities have approved tax rates above the county’s base amount of 9.5%, and 25 of those cities are already maxed out at 10.25%, including Burbank, Santa Monica and Culver City.

“Only the people who don’t take this protective measure will be bearing the burden for everybody else … We can’t be the last ones paying, so it becomes necessary for us to do this as a protective measure,” Wunderlich said.

The council also agreed that they should study what happened in Torrance, where the city’s Measure X – a similar measure to what Beverly Hills is proposing – was voted down in the March 3 election.

“We need to learn from whatever issues Torrance had,” Mayor Lester Friedman said.

After City Attorney Laurence Wiener confirmed that the city could put forth an educational campaign but could not tell residents which way to vote, council members expressed support for a campaign that would advise voters what would happen if the sales tax increase were passed and what would happen if it failed.

Wiener also said that if there is not a special meeting called to discuss the ballot measure, it will return to the council at the Aug. 4 meeting so it can be approved by the county’s Aug. 7 deadline for items to appear on the Nov. 3 ballot.

Feuer says reversal of federal policy is a win for students