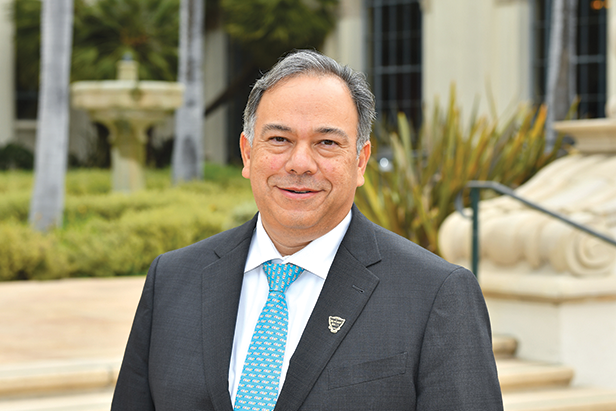 Beverly Hills City Manager George Chavez will move to the city so that he can respond more quickly to emergencies. (photo courtesy of the city of Beverly Hills)

The council’s decision was motivated by the fact that the city manager also serves as director of emergency services for Beverly Hills. Recent crises, such as the coronavirus pandemic and the Black Lives Matter protests, some of which began peacefully but resulted in alleged criminal activity such as looting and vandalism, required Chavez to travel approximately 17 miles from his South Pasadena home to Beverly Hills, City Attorney Laurence Wiener said.

“This would provide that he be closer to the city in the event of an emergency, and frankly, he’s required to be available 24 hours a day, so it would also benefit us in terms of him being available almost anytime, but particularly in light of the emergencies lately,” Wiener said.

City spokesman Keith Sterling did not make available the address where Chavez will live or provide a comment from Chavez, but Wiener said the city purchased the property, which is on the border between Beverly Hills and Los Angeles, as part of making improvements to its water system, and construction might possibly continue in the home’s backyard while Chavez is living there.

When Chavez’s employment as city manager ends, he will have 60 days to leave the house, with a possible 30-day extension if necessary.

The council’s discussion was brief, and while most of the council members only spoke to indicate their support for the measure, Councilman John Mirisch sought to clarify that the city would not be responsible for tax payments because of Chavez’s move.

Jeff Muir, the city’s director of finance, said the only case in which the city might have to pay taxes would be potential payroll taxes if the house was considered a fringe benefit of Chavez’s employment.

“For example, take-home cars. If we provide a car to someone and they don’t meet certain criteria, then we’re supposed to withhold payroll taxes on that benefit. It would be the same here,” Muir said.

Wiener also noted that neither city staff nor Chavez’s accountants believe either party will owe any additional taxes because of the requirements, and if the Internal Revenue Service or another government agency did require taxes to be paid, “the majority of the tax would be owed by Mr. Chavez.”

Mirisch argued that it is not up to the city to decide if the city, city manager or both will have to pay additional taxes.

“Ultimately, that’s not going to be our determination … I’m OK with this, I just don’t want us to be on the hook if it turns out that there should be any tax liabilities,” Mirisch said.

Per Mirisch’s request, a stipulation will be included to protect the city from any potential taxes.

Red Cross partners with a hero to save lives