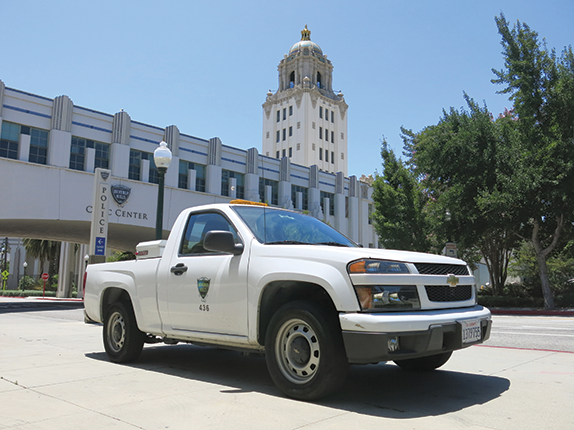 On June 29, the Beverly Hills City Council approved the budget for the 2020-21 fiscal year, which began on July 1, though the council members and city staff acknowledged that the coronavirus pandemic meant there might need to be changes made in the coming months.

“This is just an extraordinary year,” said Don Harrison, budget and revenue officer for the city. “We were at a point where we had most of the numbers resolved and we were moving forward with the budget … and all of the sudden, COVID-19 hit and the economy tanked and we had to go in and recalculate revenues, and go back and work on reductions in spending to at least come close to matching the revenues to the expenditures.”

The council voted 4-1 to approve the budget and require that it be balanced. To make up for the lost revenue, Beverly Hills will undertake a variety of cost-saving measures, including incentives for city employees to retire early, a hiring freeze on non-critical positions – some of which will be eliminated – and a one-year halt on replacing city equipment and vehicles, among other adjustments.

Councilman John Mirisch voted against approving the budget because he thought the city could do more to cut down on salaries and benefits, which will cost the city an expected $172.2 million this year. Mirisch claimed personnel costs remained high despite more extreme cuts to other expenditures, and he referenced former Santa Monica City Manager Rick Cole, who said the current system for local governments to provide services to residents is like a rotary phone. In an interview with the weekly newspaper the Argonaut, Cole argued that local governments, if built from scratch today, would design themselves as more of an iPhone.

Despite the cost-saving measures already taken, Beverly Hills still faces a $4.17 million general fund deficit, and city staff will meet with collective bargaining units to come up with half of that money.

The other half of the budget shortfall will be covered by the city’s budget stabilization reserve fund, though Vice Mayor Robert Wunderlich said that reserve money will be replenished in future years.

“Of course, there are huge uncertainties in what may happen going forward, but just to let people know, we have considered a variety of scenarios. We have considered how, if there is any use of reserves, how those will be built up again in the future. That’s not part of what’s being presented as the budget for next year, but it is something we have considered,” Wunderlich said.

The council members stressed that, while this budget is workable for now, the rapidly changing nature of the pandemic means more cuts are possible in the future.

“I think we have to be mindful of the fact that this may go on for a while. We may find that next year isn’t terribly better than this, or is only marginally better than this,” Councilman Julian Gold said. “We have to be thoughtful about that and have some advanced thinking about, ‘what does ongoing revenue reduction look like?’”

Vice Mayor Robert Wunderlich proposed another program – a rent assistance fund for local residents and businesses. He pointed to a similar effort by the city of Los Angeles to use money from the Coronavirus Aid, Relief and Economic Security Act to create a $100 million fund. Wunderlich said Beverly Hills is roughly about 1% of the size of Los Angeles, so the city could create a $1 million fund using CARES Act funding.

The other council members agreed that it is an idea worth exploring, though they did not feel comfortable authorizing the program on June 29.

“To me, I just don’t have enough information today to know how it would work or what would be the right amount to even put towards that program. I think at a later date, it should come back with more information,” Councilwoman Lili Bosse said.

The council agreed that the issue will be discussed at a future council meeting. The council next meets on July 14.