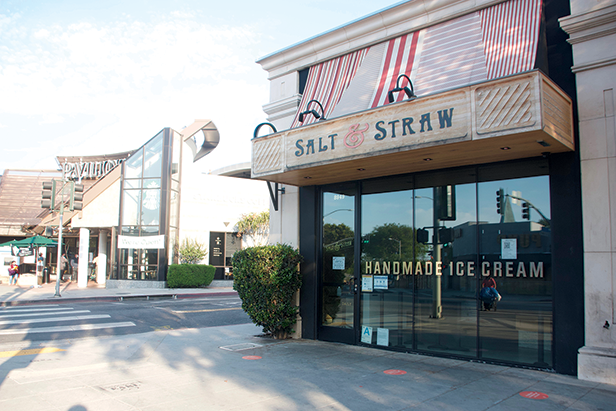 On May 29, the Los Angeles County Department of Health issued the order, Safer at Work and in the Community for Control of COVID-19, which allowed hair salons, barbershops and in-person dining to resume immediately with modified occupancy and operating procedures to ensure public safety.

“The specific rules the county is putting in place is to make sure businesses are operated appropriately,” said Lauren Langer, assistant city attorney of West Hollywood.

Under this ordinance, restaurants and food establishments must submit an application with the city in order to temporarily operate on public and/or private property, including the public right away, sidewalks, public street parking, parking areas located near or close to the businesses.

“They’re the ones who can determine if an area is ready for the next phase of reopening,” Allen said. “I know there has been a lot of concern about the extent at which things are being done.”

Allen said cities such as West Hollywood are in a good position to reopen as the state and county of Los Angeles flattened the curve on COVID-19. However, he advised city officials to be wary of  COVID-19 cases and monitor the health situation as the city begins to reopen.

“There’s a way to halt the reopening process as we saw it in places like Lassen County, for example,” Allen said. “They were one of the first counties to reopen. They had almost no cases of COVID-19, but as they began to reopen too quickly, they had a new outbreak, and of course they had to clamp down again.”

Cities and counties should be prepared for a cycle of lifting and closing to adapt to any future outbreak, he said.

Businesses must continue to adhere to proper social distancing, force all workers and patrons to wear face coverings, and maintain health protocols such as handwashing. If businesses fail to comply with the county’s order, consequences will ensue.

Langer said under the county order, business owners or managers can be charged with a misdemeanor and potentially be imprisoned for six months or be fined $1,000. She added the West Hollywood Code Compliance Division is adding the ability to issue administrative citations for certain violations of the county health order .

“This is actually taking it out of a criminal realm and moving it over to the administrative citation process, which is much more in line with most of our code enforcement activities in the city, which comes with outreach, notification and working with businesses,” Langer said.

However, the ability to issue criminal citations will remain in place and issued by the West Hollywood Sheriff’s Department.

Danny Rivas, code compliance manager for West Hollywood, said businesses will be warned first and expected to correct any health violations within 30 minutes of receiving notice.

Council members compromised on the citations and decided after code compliance staff give proper due notice, they can issue a $250 fine plus a $50 administrative fee followed by $1,000, $2,000 and $5,000 fines for future violations.

“The main purpose of this item is geared toward businesses as they reopen to give the code enforcement staff the tools to ensure compliance,” Langer said.

Originally, city staff presented council members with citations of $1,000 or more, but council members John D’Amico and John Duran did not agree with the amount. Though they did note it was a good decision for code compliance staff to give proper notice to businesses. Duran also clarified that usually nobody goes to jail on a business citation.

“The thought of imposing a fine of any sort, to me, is working against ourselves,” Duran said. “I think we need a lot more honey rather than sticks and hitting people when they’re already financially suffering.”

Rivas reiterated the Code Compliance Division has done outreach and has sent field agents to inform business owners of the county’s order, and most businesses – if not all – have been doing a great job.

But he said code compliance staff has had to call in assistance from the sheriff’s department in some instances to remind certain businesses, which he did not name, to comply with the health order.

“It isn’t a matter of them not being educated or not knowing what programs, and I can assure you we’re not going to have code enforcement officers that are going to be standing and looking at the specific distancing requirements for the tables,” Rivas said. “But we’ll have staff monitoring and addressing the queuing of customers in front of the business that are consuming alcoholic beverages without food, and having other factors that are creating crowds of folks.”

The city also has a resource page with information about the temporary outdoor expansion at weho.org/outdoorpermit.