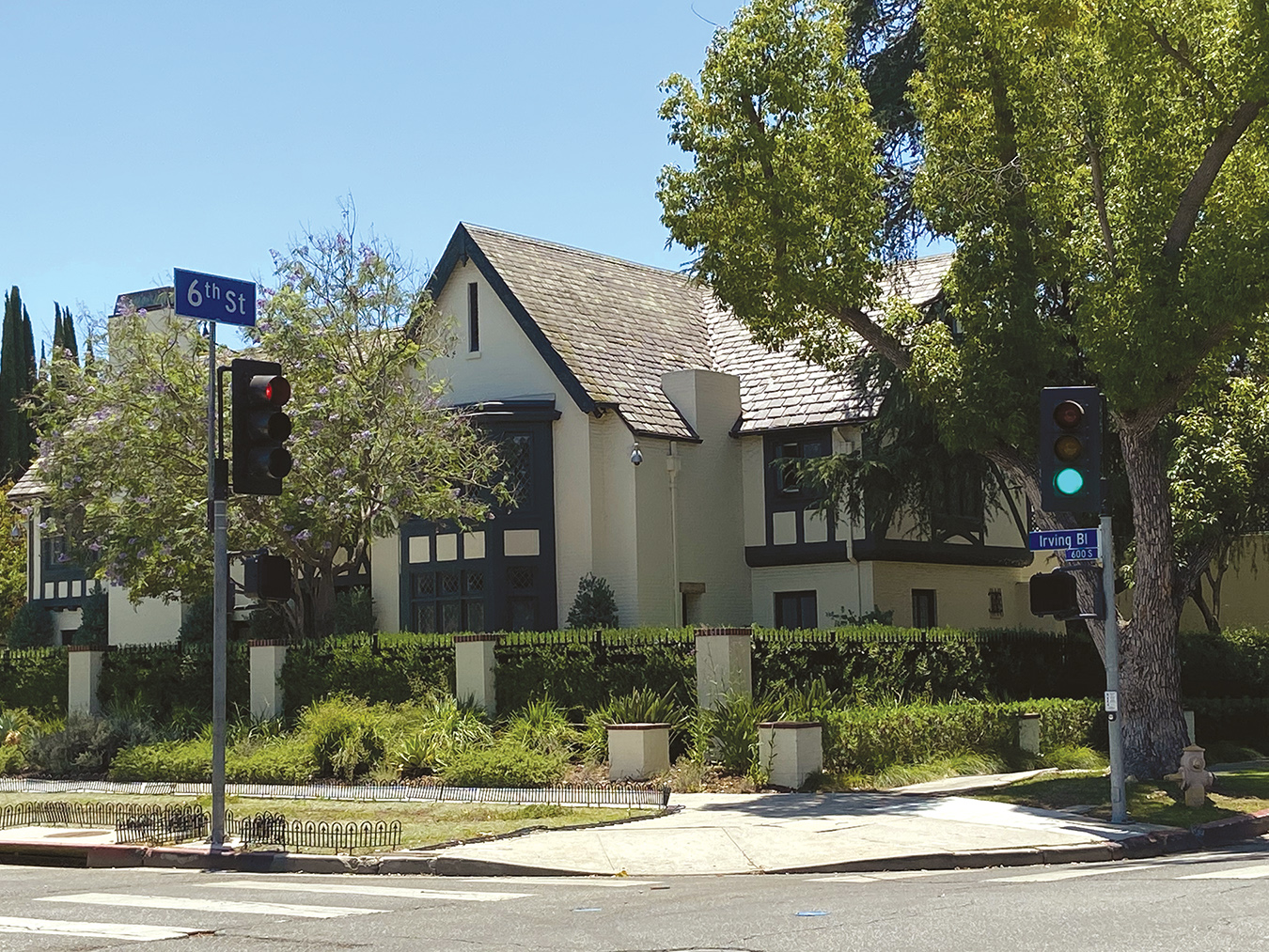 Getty House, located at Sixth Street and Irving Boulevard, is the official residence of the mayor of Los Angeles. (photo by Edwin Folven)

A 34-year-old man died and another man remains hospitalized after the exotic sports car in which they were traveling went out of control on June 12 and struck a tree on the side of Getty House, the official residence of the mayor of Los Angeles.

The collision occurred at approximately 11:30 p.m. as two men in a McLaren 720S were traveling westbound on Sixth Street, just west of Irving Boulevard. Police have obtained video from a dashboard camera in a ride-hailing vehicle that was behind the McLaren showing it rapidly accelerating from a stoplight before going out of control and striking the tree. The video also shows footage of the McLaren speeding on Sixth Street prior to the collision, said Detective Olin Osborne, of the Los Angeles Police Department’s West Traffic Division.

The deceased man was identified as Albert Ahn, of Los Angeles. He was a passenger in the vehicle and died early on Saturday morning at a hospital. The driver, who has not been identified, was hospitalized in an intensive care unit after the collision. Osborne said he is a 31-year-old resident of Pasadena.

Investigators believe alcohol or drugs may have been a contributing factor to the collision, as well as speeding and reckless driving. Osborne said officers at the scene saw the driver before he was taken away by an ambulance and allegedly observed signs of impairment.

Los Angeles Mayor Eric Garcetti was home during the incident and was seen in television news reports outside as police investigated the collision. Osborne confirmed the mayor was at the scene out of concern about the incident and the victims.

Once the driver recovers, he will likely face criminal charges ranging from speeding with gross negligence to vehicular manslaughter and possibly murder, Osborne said. He plans to submit the findings of his investigation to the Los Angeles County District Attorney’s Office for formal charges to be filed.

According to McLaren, the 720S has a top speed of 212 mph and can go from 0-62 mph in 2.9 seconds. Osborne said high-performance vehicles can be unpredictable and difficult to drive. The dashboard camera video has been extremely helpful in determining what happened, Osborne said.

“That section of roadway is a straightaway,” Osborne added. “He was at the stoplight and then was gone. There may have been too much acceleration. Sometimes people can have difficulty dealing with that much power.”

Anyone with information about the collision is urged to call LAPD West Traffic Division investigators at (213)473-0234.

Information sought about crimes that occurred during civil unrest