VINTAGE: Toy shop remains a destination for countless children and their fathers 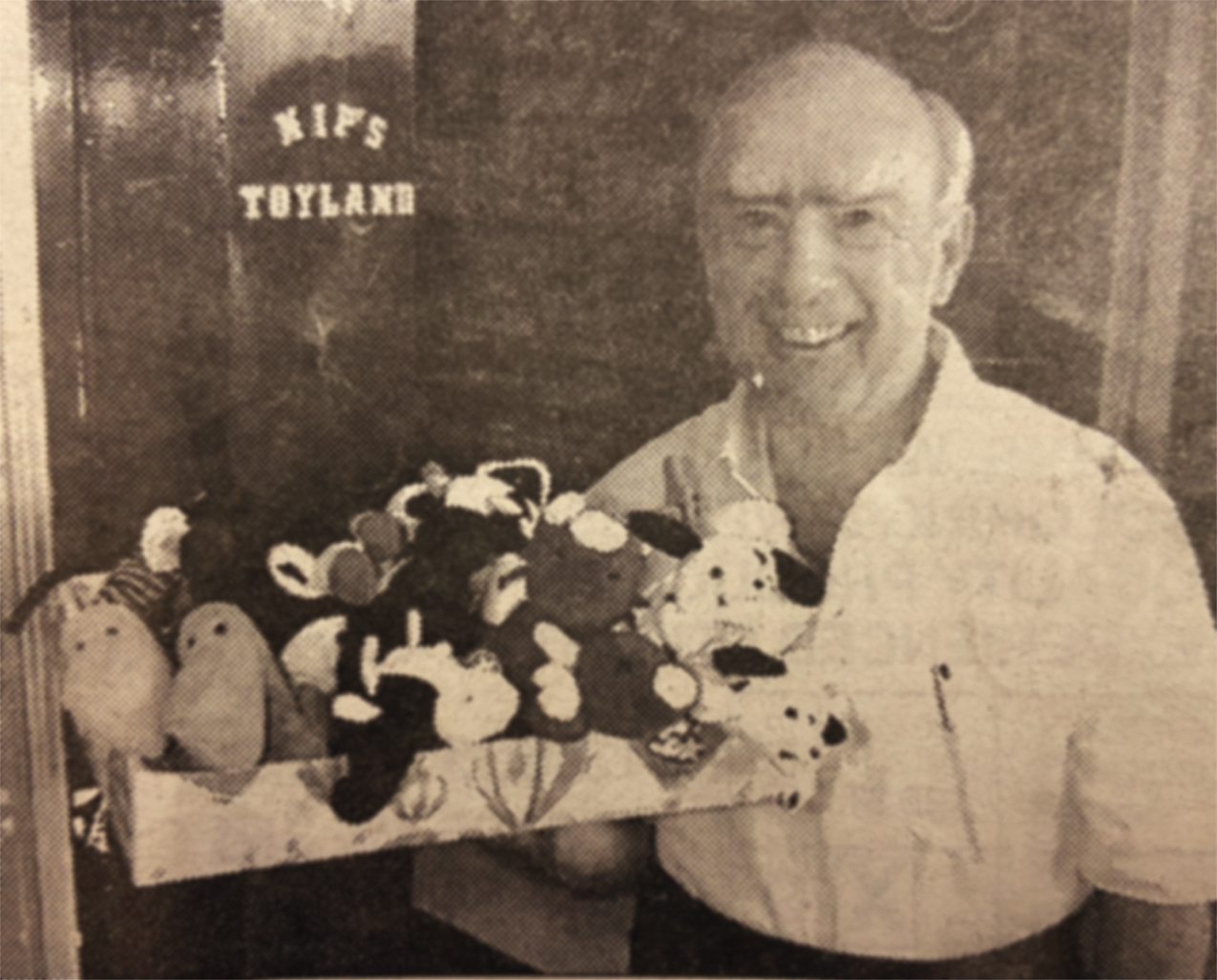 Irvin “Kip” Kipper, the late owner of Kip’s Toyland at the Original Farmer’s Market, was shown in the June 11, 1998, issue of the Park La Brea News and Beverly Press. Affectionately known as “Mr. Kip” by the countless children and families who visited his toy shop over the years, Kipper was a fixture for decades at the Farmers Market, corner of Third and Fairfax. After serving as a pilot during World War II, he returned to Los Angeles and started the shop near the southeast corner of Third Street and Fairfax Avenue, and later moved to the Farmers Market in 1956. Kip’s Toyland has always offered a variety of new toys and nostalgic favorites. In this photo, he is shown with Beanie Babies, one of the best-selling toys in 1998. Kipper died in 2016, but his son Don and granddaughter Lily continue the legacy at Kip’s Toyland, the longest-operating toy shop in Los Angeles.