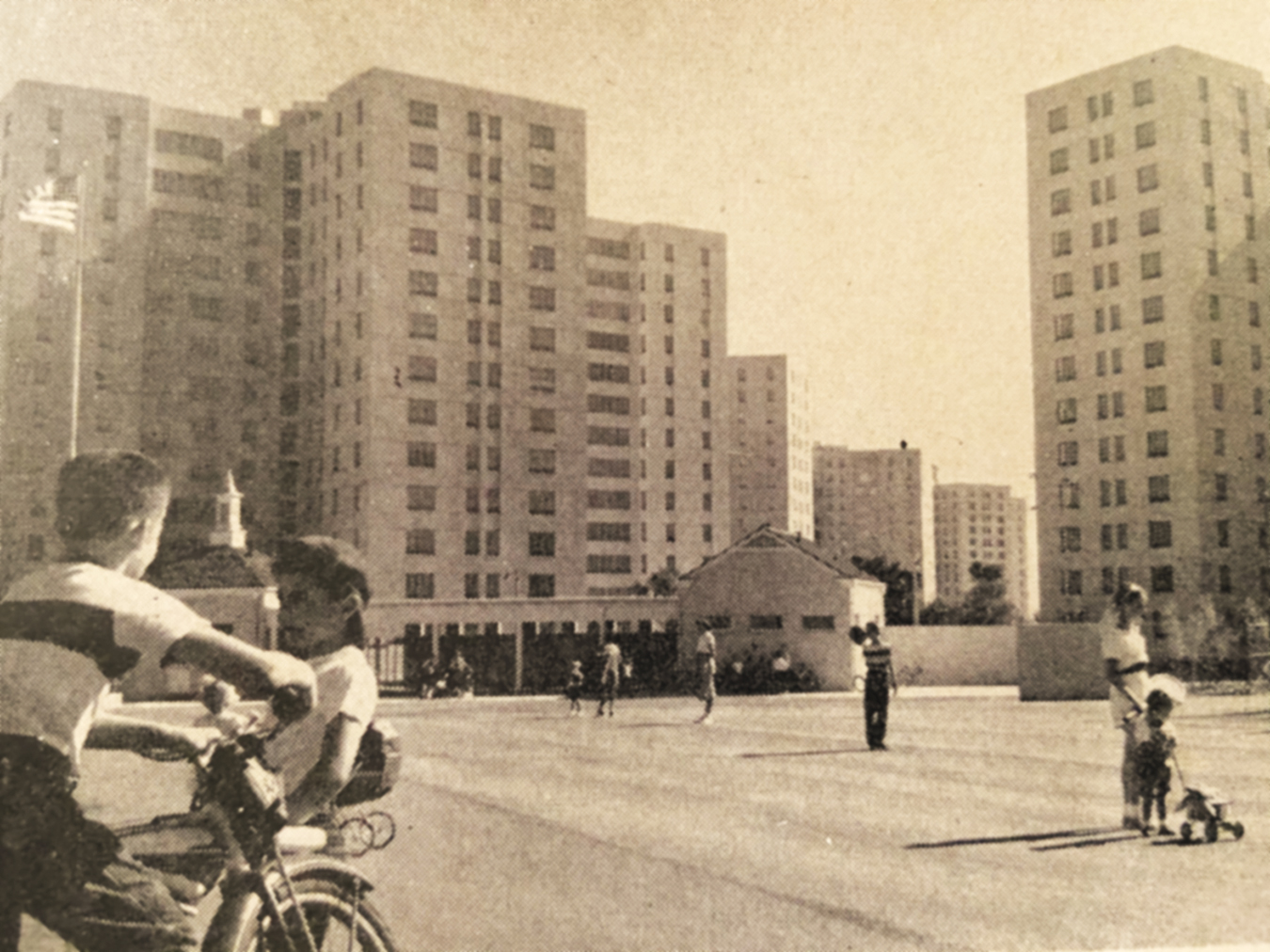 A photograph in the June 26, 1952, issue of the Park Labrea News showed an opening celebration for the recreation center at Park La Brea, the largest residential complex west of the Mississippi River. Children played sports such as softball, basketball, kickball and handball, and games including checkers, carom, paddle tennis and jacks. At the time, tennis was offered on two courts for 25 cents an hour. An accompanying article stated that not all equipment had been installed at the time, but the recreation center was opened early to coincide with the end of the school year and summer vacation.

Caruso outlines a vision for the future