‘The Goonies’ can finally run for president 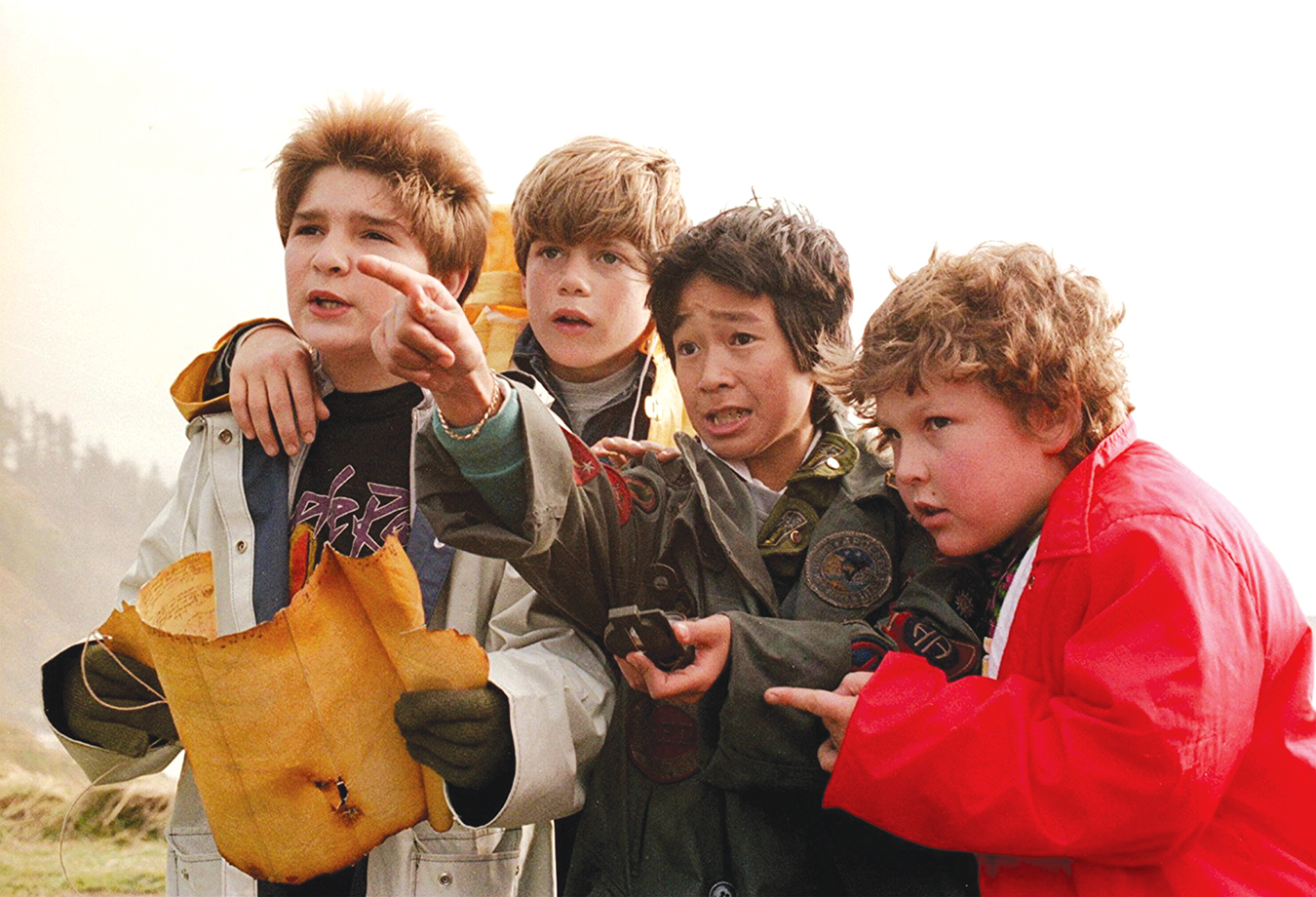 Grab your inhaler, throw on an eye patch and work out that core to execute the perfect truffle shuffle because on Saturday, “The Goonies” turns 35 – finally old enough to run for the highest office in the land.

Sure, that revelation might make a handful of ‘80s movie buffs feel older, and hopefully wiser – wise enough to realize this anniversary can mean something monumental. Like a treasure map hiding in the attic’s museum “rejects,” hope for a better tomorrow is closer than we know.

Friends, countrymen, Goondocks, lend me your suspension of disbelief. Amidst a contentious season, let’s all get behind Goonies 2020. That’s right. At 35, “The Goonies” is the perfect fix for this nation.

A good candidate must appeal to the needs of the moment while staying rooted in the struggles of the past. “Goonies” is both timeless and relevant more than three decades later. Perhaps that’s thanks to legendary director Richard Donner, or Chris Columbus’ screenplay highlighting blue-collar plight.

What would you do if the haves tried to seize your home? All to expand a country club, no less. The parents give up, but those kids – charmingly performed by Sean Astin, Corey Feldman, Josh Brolin and the rest – look for a smoking gun: a pirate treasure to save the day. This is the penultimate underdog story, a modest proletariat victory.

Previous commanders-in-chief pumped out memorable slogans: “A Time for Greatness,” “Yes We Can” and “Make America Think Harder,” from Andrew Yang’s MATH campaign. “Goonies never say die,” “Hey you guys,” even “The only thing we serve is tongue” would make for more memorable slogans than others in the last, say, four years. And think about what else this film inspired. A punk band named Slick Shoes, in honor of Data’s contraption that prevents the Fratellis from crossing that wet log. Even the name “The Fratellis,” also a Glasgow rock band. There’s a nerd news website called HeyUGuys.com.

Perhaps you think the “Goonies” platform is too niche. After all, the film hasn’t exactly wooed all the constituents of Astoria, Oregon, where the film was shot. “I have trouble staying awake,” a council member told The Daily Astorian in 2015 regarding the film’s worth. More problematic, tourists have become a nuisance for the residents of the Goonies house. This can all add up to another Super Tuesday fiasco.

Still, “The Goonies” remains an inspiring piece of reel, 35 years later. One-Eyed Willy is a household name. And don’t forget all the films and TV series it spawned, from “The Sandlot” to “Super 8” to “Stranger Things.” (Remember Astin in season 2?) The campaign writes itself. And the theme song of every single event best be Cyndi Lauper’s “The Goonies ‘r’ Good Enough.” Yes, they are. The Goonies are good enough for this country.

Perhaps this sounds too juvenile. What can childish shenanigans teach the nation? Well, this one ain’t all for the kids. Don’t forget “mom’s favorite part” of a broken statue, encountering a couple dead bodies and Mouth’s profound words in protest to wishful thinking. “This one, this one right here, this was my dream, my wish, and it didn’t come true,” he says, drenched in fountain water that might as well be the tears of a broken people. “So I’m takin’ it back. I’m takin’ ‘em all back.”

I know what you’re thinking. “The Goonies” is just good fun – how can a movie like this run for president? Nay, it’s an amazing film with more class and style than a sea of a modern film and television examples like, say, “The Bachelor.”

The world is probably full of folks who don’t name their home WiFi “Goonies Never Say DiFi” or at least smirk when Chunk (Jeff Cohen) confesses his biggest regrets. But someone disliking “The Goonies” is tragic indeed. If you’re a vegan, live your truth. Don’t fancy violent media – even mindless actioners? Do you. But a “Goonies” hater? That’s a person I don’t need in my life. Some political differences require a libertarian cure, and this is perhaps the only instance one could work. But for the rest of us who want to bring sanity back to this great land, overflowing with treasures and hidden mysteries, vote your conscience. Goonies 2020.