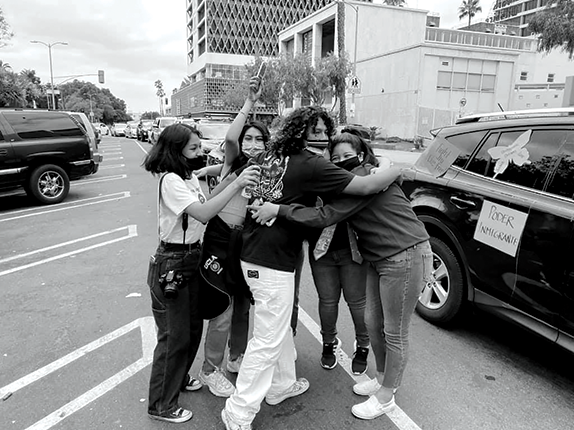 State and local leaders applauded the Supreme Court of the United States’ decision on June 18 blocking the Trump administration’s attempt to end the Deferred Action for Childhood Arrivals program.

In a 5-4 ruling in the case Department of Homeland Security v. Regents of the University of California, the court ruled that the DHS failed to consider the impacts of two separate but important issues in acting to rescind DACA.

The first issue was the effect of rescinding work authorization and other benefits that recipients were granted through the program, and the second was the intertwining effects on DACA recipients and non-recipients, including cities and counties, and the resulting hardships that ending DACA would create.

“We do not decide whether DACA or its rescission are sound policies,” Roberts wrote in the majority opinion. “The wisdom of those decisions is none of our concern. We address only whether the agency complied with the procedural requirement that it provide a reasoned explanation for its action.”

The Supreme Court did not find sufficient reasoning for the Trump administration to end DACA. For now, participants can continue to renew membership in the program. which offers undocumented youth work authorization and temporary protection from deportation.

However, the court did not bar the Trump administration from attempting to rescind DACA in the future if it chooses to try again.

Carlos Emmanuel Ramirez Fabian, a Los Angeles resident and DACA recipient, has called the United States home since he was 2. During the last 29 years, he has worked in numerous jobs including barista, salesperson, pizza maker and delivery driver.

In 2012, when former President Barack Obama established DACA using executive powers, Fabian said he was hopeful for a brighter future.

Since its inception, the program has safeguarded and benefited as many as 700,000 young undocumented immigrants who were brought to the United States as children like Fabian.

But in 2017, the Trump administration rescinded DACA and for three years, undocumented youth and DACA recipients – also referred to as Dreamers – were uncertain about their futures.

“Just seeing his (Trump’s) face when he was elected gave me a bad feeling,” Fabian said. “I knew when I saw his face in the newspaper that this guy was racist. He was on a mission from day one.”

Fabian said the court’s ruling gave him a sense of relief that the checks and balances system of the U.S. government worked, but he acknowledged the issue has been going on for too long.

“The back and forth, I feel like it is definitely fueled by hate and to keep us in limbo,” Fabian said. “They simply don’t want us to be accepted as Americans.”

Fabian said the court’s decision has given him the confidence to continue working legally and improving his life, and the life of others such as close family and friends.

Gov. Gavin Newsom said the decision was an important victory for Dreamers – including over 200,000 Californians – who contribute to their communities.

“They are our neighbors, our coworkers and our friends, and in California, we will continue to have their backs,” Newsom wrote in a statement applauding the ruling.

The Los Angeles County Board of Supervisors, city of West Hollywood and the Coalition for Humane Immigrant Rights celebrated the court’s decision. Los Angeles Unified School District and LAUSD board member Nick Melvoin sent out statements congratulating Dreamers affected by the ruling as well.

The city of West Hollywood was a participant in the amicus brief in this case along with 104 other cities and organizations.

“The DACA program is an important part of the far-too-long journey to comprehensive immigration reform,” West Hollywood Mayor Lindsey Horvath said. “There are hundreds of thousands of young immigrants who have lived in the United States since they were children, and America is the only home they know. Denying hardworking people the right to stay in the United States would break families apart, and it would destroy our communities. The Trump administration may yet attempt to rescind DACA, so now, more than ever, it’s vital that we register to vote and get out the vote in the November election for those who will continue to work toward positive and humane immigration policies.”