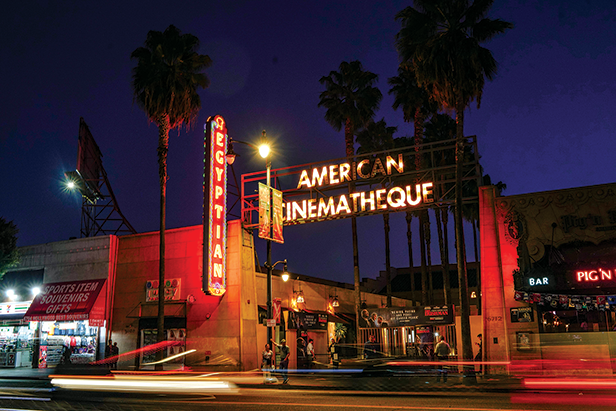 This collaboration will enable the nonprofit American Cinematheque to expand the scope and diversity of its movie and event programming, its festivals and its outreach.

Established in Los Angeles in 1984 as a nonprofit member-supported cultural organization, the American Cinematheque creates spaces where both the public and members of the film industry come together as a community for film.

While the Egyptian Theatre will remain the home of the organization, and members will continue to curate programs on Friday, Saturday and Sunday, Netflix will invest in the theater’s renovation and they will use the new space for special events, screenings and premiere during the rest of the week.

Scott Stuber, head of Netflix Films, said he looked forward to expanding programming at the theater in a way that will benefit both cinema lovers and the community.

“The Egyptian Theatre is an incredible part of Hollywood history and has been treasured by the Los Angeles film community for nearly a century,” Stuber said. “We’re honored to partner with the American Cinematheque to preserve the theater’s storied legacy and continue providing remarkable film experiences for audiences.”

The Egyptian Theatre was originally built in 1922 during the silent film era. A fixture in Hollywood’s Golden Age, the Egyptian was the side of the first Hollywood movie premiere, of “Robin Hood,” starring Douglas Fairbanks.

The historic venue remains to this day an ultimate destination for moviegoers, where it has hosted film festivals and cinematic experiences over the near-century it has been in Hollywood.

“The Netflix and American Cinematheque partnership at the Egyptian Theatre is a win-win for film, historic preservation and the arts,” said Mitch O’Farrell, Los Angeles City Councilman, 13th District.

A call for accountability

Bad officers need to be weeded out