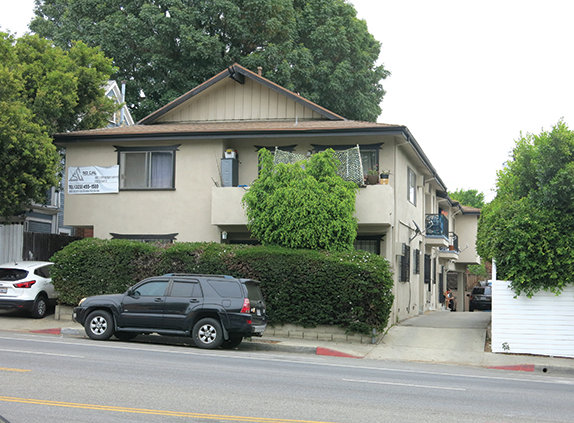 Los Angeles Police Department detectives are investigating an unusual incident that occurred during the early morning hours of June 14 in which a man may have started a fire in his apartment and then jumped or fell from a second-story window and died.

Los Angeles Fire Department personnel were summoned at approximately 3:45 a.m. to a two-story apartment building at 1316 N. Fairfax Ave. They arrived to find a fire in one of the units and an unresponsive male victim outside.

Firefighters experienced a delay because furniture had been placed in an apparent intentional attempt to barricade the door, LAFD spokesman Nicholas Prange said. The fire was extinguished in 21 minutes. No other injuries were reported and the fire was contained to the single unit.

The unresponsive man was pronounced dead at the scene and has not been identified pending next of kin. Los Angeles County Department of Medical Examiner-Coroner authorities said he was a white man in his 70s, and the final cause of death has been deferred pending further investigation.

The LAPD’s West Bureau Homicide Unit is investigating the death, but police do not believe anyone else was involved or that it was a homicide. No further information was available.