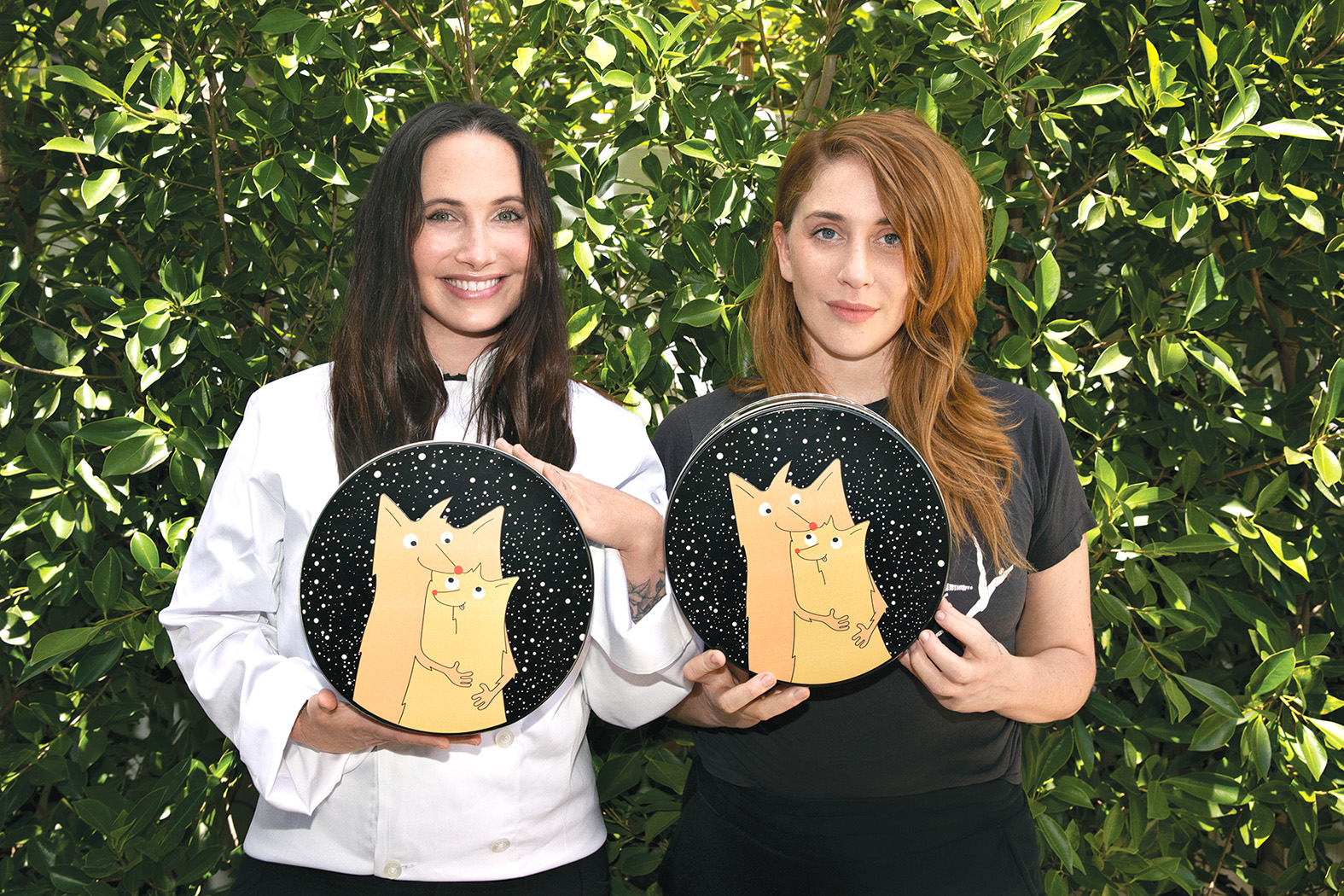 Amid layoffs and closures during the COVID-19 pandemic, many people have found creative ways to use their talents to generate income. In the process, some have also whipped up new opportunities to help people in need.

They include friends and business partners Liz Roth and Jaymie Wisneski, who co-founded Little House Confections in April in Roth’s home in the Brookside neighborhood, south of Hancock Park. When stay-at-home orders went into effect in March because of COVID-19, Roth invited Wisneski to quarantine with her. A self-employed interior designer, Roth said she always loved baking but never dreamed it would be her primary business.

Wisneski, who produced fashion photography and video content prior to being furloughed during the pandemic, provided production expertise, business acumen and logistical support to help Little House Confections rise in the competitive business of baked goods. A little over two months later, their olive oil cake, made using one of Roth’s unique secret recipes, has become immensely popular. Sales have been brisk, and the pair has already donated thousands of dollars to charity.

“I bake a lot, and I was baking treats for friends in March and people were picking them up. Jaymie said, ‘why don’t we bake a cake for charity?’ We thought we’d make 30 cakes and donate $100. Our first weekend, we had $1,000 in orders.” Roth said. “We were blown away by the success. By the end of April, we were able to donate $10,000 to Covenant House of California.” 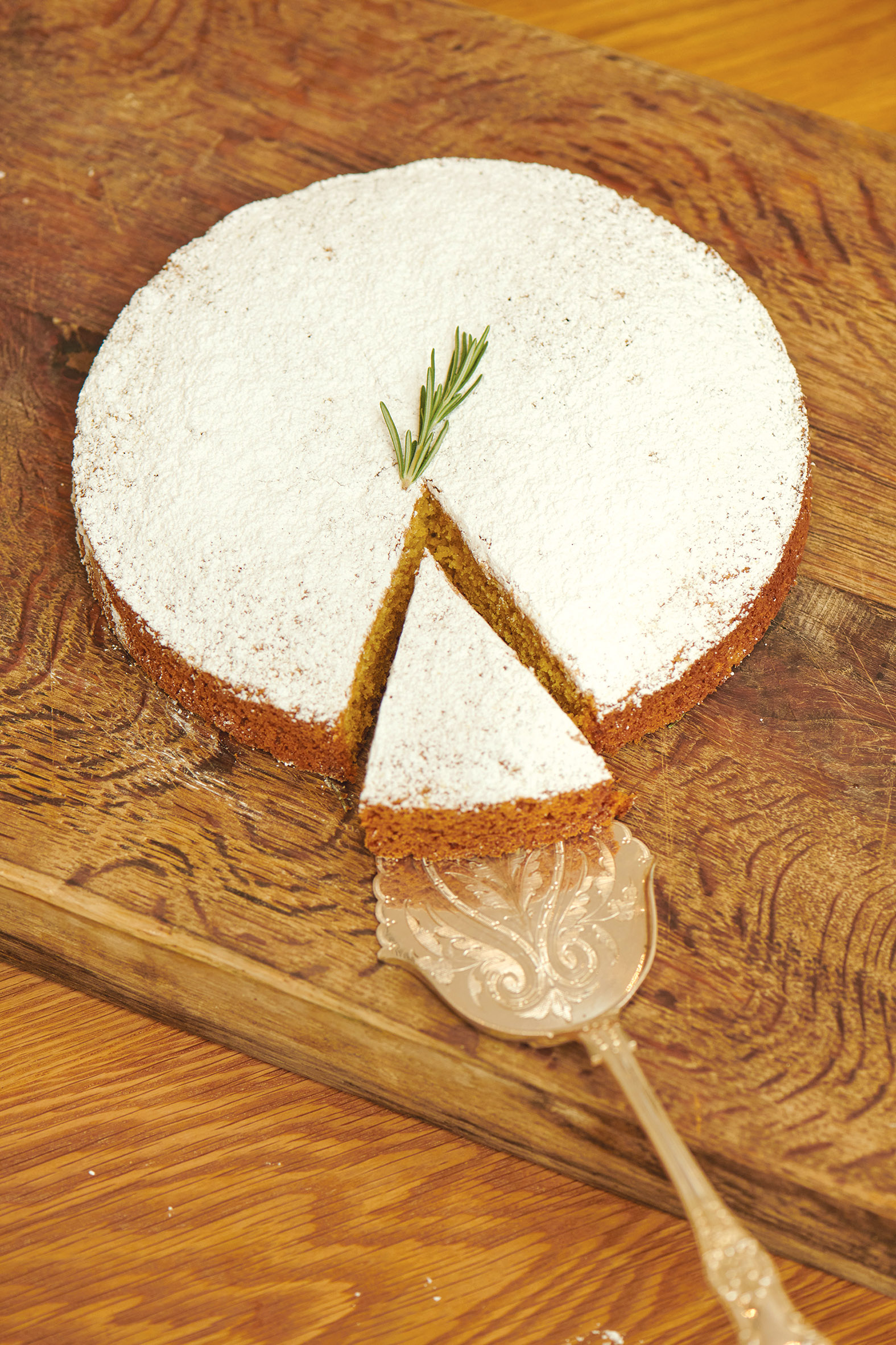 Wisneski said sales were driven by a blend of referrals from satisfied customers and an Instagram campaign. As more people learned about the cakes, the number of orders continued to rise exponentially. Customers include celebrities Camille Rowe, Kourtney Kardashian, Kylie Jenner, Shay Mitchell and Phoebe Tonkin. Based on the response, Roth and Wisneski knew their venture had significant potential.

“We realized the position we were in and the opportunity we had,” Wisneski said. “We agreed we would do everything we could and use every resource we had to put our energy into it.”

Little House Confections offers two products: olive oil cakes and Cloud Bombs. The 4-inch, 6-inch and 9-inch olive oil cakes range from $12 to $42. Cloud Bombs, which are balls of dough made from another secret Roth baking recipe in flavors such as rose, chai, lavender and creamsicle, come in a box of six for $30, or 12 for $52.

“[Cloud Bombs] are totally unique to me,” Roth said. “They are cloudy balls of gooey, olive-oily dough. Not a cookie, not a cake, but a little bit like a macaroon.”

From the beginning, Roth and Wisneski have stressed the importance of giving back to the community by donating a portion of proceeds to charitable organizations. They also believe in the power of art to convey a message. In celebration of Father’s Day, Little House Confections partnered with the Haas Brothers – L.A.-based twin artists Nikolai and Simon Haas – who designed a special collectible tin for the olive oil cakes with two cheerful, animal-like figures in warm embrace. The tin with a 9-inch cake is $88, and all proceeds from sales will be donated to the National Association for the Advancement of Colored People. The NAACP was chosen as a beneficiary in light of recent efforts to enact systemic change in society to improve the lives of people of color.

Roth and Wisneski said they plan to continue collaborating with other artists and will donate proceeds from future partnerships to organizations helping people in need.

Little House Confections remains an online-only business, with orders shipped for delivery. The company still operates in Roth’s home, but the pair plans to soon move into a commercial kitchen space, possibly in Hollywood. In July, plans call for deliveries to expand nationwide.

“This has been a very humbling experience for both Jaymie and I. We did not expect to start a business in the middle of a global pandemic. It was a simple idea to bake a cake that I had baked a million times before for my family and sell them to benefit Covenant House of California,” Roth said. “The idea that our friends and strangers alike not only loved the cakes but were so enthusiastic to participate in fundraising really motivated us. It continues to motivate us. The charitable giving aspect of our business is really the cornerstone of Little House Confections.”

Wisneski added that the special tin designed by the Haas Brothers has moved Little House Confections in a new direction.

“The decision to do a collaborative tin was in large part a belief that we share in being able to create a part of our business that can elevate the everyday, and maybe try to take some art out of the conventional gallery space and make it more of an experience,” Wisneski said. “Hopefully, we can encourage more people everywhere to enjoy learning to access art in a real and tangible way.”