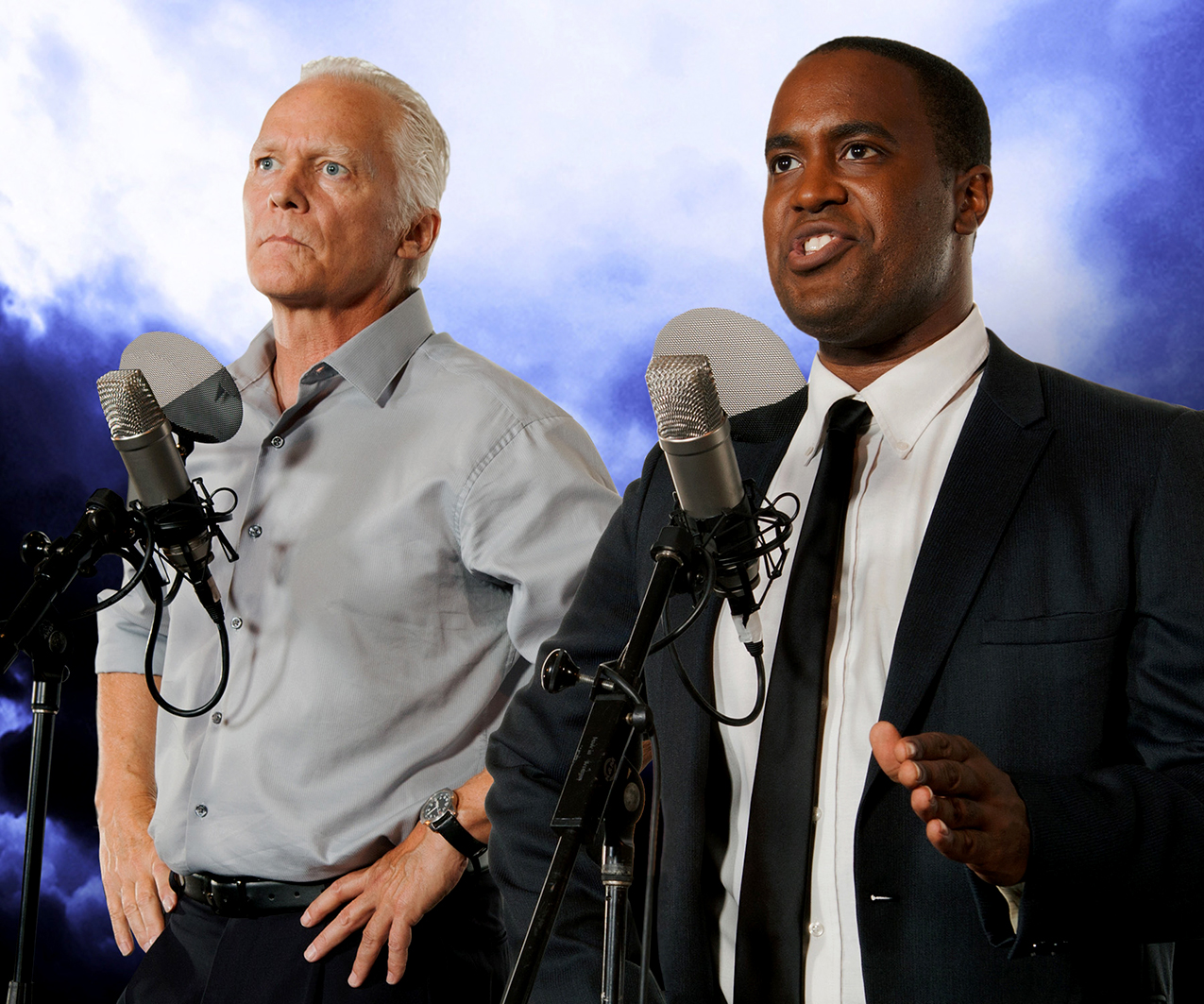 James Morrison and Ryan Vincent Anderson perform in the adaptation of “In the Heat of Night.” (photo by Joshua Arvizo/courtesy of the Los Angeles Theatre Works)

In support of black lives and to raise awareness of racial inequities, the L.A. Theatre Works audio theater presented a recording of John Ball’s “In the Heat of the Night,” adapted for the stage by Matt Pelfrey.

The program aired on radio stations across the country over the weekend, and it is available to stream for free on the LATW website at latw.org/broadcasts.

Ball’s novel was published in 1965, a time when America was grappling with integration and an evolving acceptance of the Civil Rights movement.

The LATW production starred Ryan Vincent Anderson, Michael Hammond, Kalen Harriman, James Morrison, Travis Johns, Darren Richardson, and it was directed by Brian Kite. The show was recorded during a series of live performances at University of California, Los Angeles’ James Bridges Theater before the cast headed out on a national tour.

“College-educated, well dressed, a respected police officer from California and a black man, Virgil Tibbs may never have been written into existence were it not for the efforts of Dr. Martin Luther King Jr.,” said Anna Lyse Erikson, LATW associate producer.

In addition to the “In the Heat of the Night,” LATW’s recording of “Dinah Was,” in which Yvette Freeman reprises her Obie Award-winning role as “Queen of the Blues” Dinah Washington, is now available as a free podcast.

Listen to the recording for free at latw.org/podcasts.