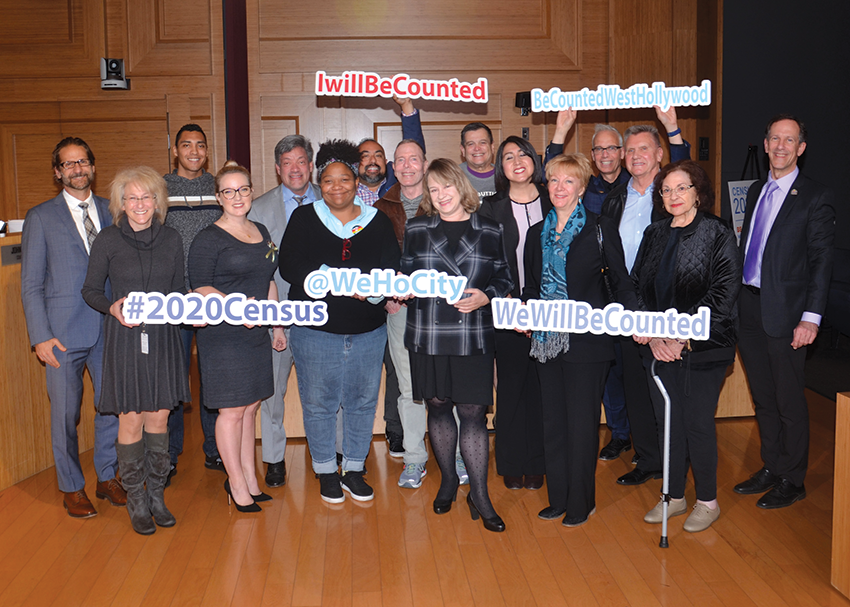 With the ongoing coronavirus pandemic, almost every aspect of life has been upended, halted or delayed. The 2020 census is no exception.

The all-important data-gathering tool affects everyone in one way or another, as the information collected in the census determines Congressional representation and federal funding, which then is used for local and state government programs.

The coronavirus pandemic halted the U.S. Census Bureau’s in-person work, and though that work was able to resume earlier this week after it had been again delayed due to recent civil unrest, time is not on the side of those who wish to see a robust response rate for the census.

The deadline for census responses was pushed back from July 31 to Oct. 31, but as of June 8, the Los Angeles area is lagging behind the rest of the state and country in terms of the self-response rate.

U.S. Census Bureau spokeswoman Patricia Ramos said the coronavirus is a big reason for the lower response rate, but other confounding factors may be in play as well. For instance, people could have multiple homes, so they may not be receiving census messaging at their primary residence. In other cases, “language, ethnicity and race” factors may discourage participation.

“We are working with these communities to reach out, and now that we have resumed our field operations through the protocols established by health authorities, we’re beginning to resume operations and we’re working with our local partners to get the word out,” Ramos said.

In many cases, those partners include local governments.

Hernan Molina, government affairs liaison for the city of West Hollywood, oversees the city’s census efforts. Molina said immigrants and undocumented people sometimes “have had a negative relationship in the past with the government” – including West Hollywood’s Russian community – which might discourage participation, and other groups may have their own reasons to be dissatisfied with the census process.

“Some LGBT folks are disenfranchised because the census does not specifically ask about sexual orientation, and it doesn’t paint a true picture of the household because of the lack of that information. I tell people, we still need to get an accurate count because we still need the resources, and we don’t want to leave money on the table,” he said.

In addition, a push by the Trump administration, including Secretary of Commerce Wilbur Ross, to put a citizenship question on the census may have discouraged participation, Molina said. Though the question was ultimately not included in the census, it “has left a sour taste in people’s mouths,” Molina said.

“Some people still believe that [the citizenship question] is there, and they don’t want to go there. There have been campaigns to get those populations, mainly in Spanish, to explain what is happening and not happening,” he said.

Molina noted that while West Hollywood’s response rate is “steadily improving,” others may not be responding because they’re overwhelmed with a job loss, the effects of the coronavirus pandemic or other concerns. While such “dire straits” may be taxing, Molina said, the census questionnaire only consists of a handful of questions and can be answered in only a few minutes using the materials received in the mail, by phone at (844)330-2020 or online at 2020census.gov.

To encourage participation, West Hollywood hosted a pop-up event earlier this year, and the City Council heard a presentation on encouraging census participation. In addition, the city is looking to find ways to raise awareness of the census without person-to-person contact, and the city is using social media, posters and postcards. West Hollywood partnered with the county on those efforts, and the county previously partnered with the city of Los Angeles so that materials can be shared.

West Hollywood is also considering using caravans of cars with promotional materials and banners hung on city streets to encourage self-response to the census, Molina said.

“The person-to-person contact right now is not something we are entertaining because of the distancing, but we are still encouraging people who care about the census to talk about their friends and relatives, to let them know how important it is to respond to the questionnaire. It’s very easy to do it,” he said.

In Beverly Hills, spokesman Keith Sterling said that the city is also working to increase its self-response rate. The city has launched a campaign to encourage census participation called “Be Counted Beverly Hills,” Sterling said, and he also gave a presentation to the City Council earlier this year regarding the city’s efforts to encourage census participation.

“We’ve provided postcards, posters and digital reminders to our community in advance of them receiving their census invitation in the mail. We’ve also presented to community partners/organizations and coordinated with our school district to help spread the word,” Sterling said.

Sterling added that “our work is not done,” and the city plans to take advantage of the pushed-back deadline to encourage participation.

“We certainly want to increase our response rate and look forward to initiating additional outreach in the coming months,” he said.

Those who do not self-respond will be visited later this summer by in-person Census Bureau staff, Ramos said.

“In mid-August, we’ll have our census takers go door-to-door to households that have not at all responded to the 2020 census … It has been pushed back due to coronavirus. It was supposed to happen in mid-May, going through the end of July. Due to the pandemic, deadlines have been pushed so we can accommodate the necessities of the community during the pandemic,” Ramos said.

If people would not like to be visited by the census takers, they can simply complete the census questionnaire, Ramos said, adding that “we don’t want people to wait until Oct. 31.”

“The best thing they can do right now, especially if they’re still staying safe at home, is to respond by internet, by phone or by U.S. mail,” she said. “We understand it’s been a very challenging time for everyone, but there’s still time for everyone to self-respond … instead of waiting on people to knock on their doors in August.”