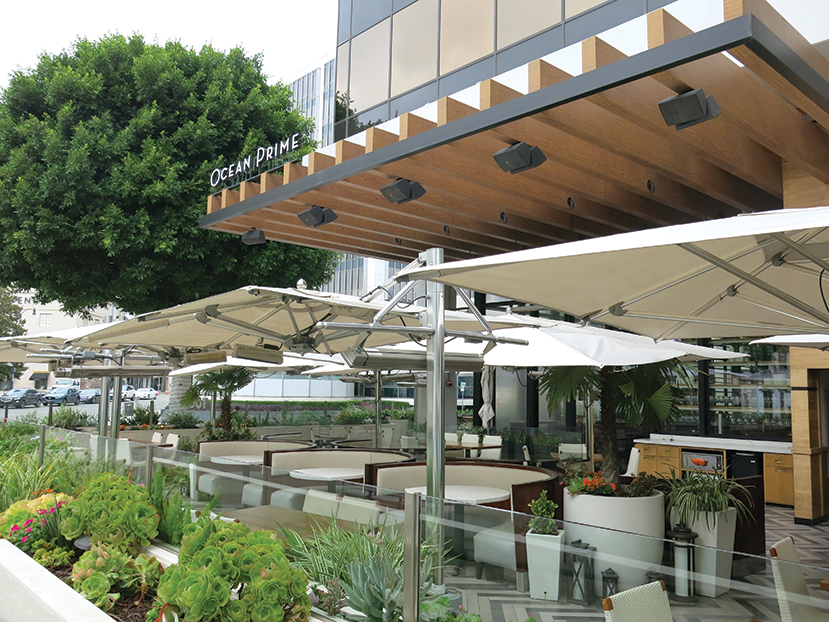 On June 17, the Beverly Hills City Council approved several changes to its urgency ordinances regarding the protests that were sparked after the death of George Floyd at the hands of Minneapolis police and the COVID-19 pandemic.

The council voted 4-1 to ratify a June 13 rule put in place by City Manager George Chavez, the city’s director of emergency services, that prohibited noisy protests of 10 or more people on public property in residential areas. Silent assemblies and gatherings on private property are still allowed.

Councilman John Mirisch voted against ratifying the ordinance, which was put in place a day after a group called “Occupy” steered its protest from Santa Monica Boulevard onto North Alpine Drive, a residential street, at about 11 p.m., according to Assistant Police Chief Marc Coopwood, of the Beverly Hills Police Department.

“It was apparent from their rhetoric on the bullhorns and their amplified sound devices that they intended to be confrontational and not peacefully march like the other protesters had,” Coopwood said.

Mirisch argued that the city already had the tools necessary to deal with similar situations in the future.

“Why can’t we consider this to be under a combination of our noise ordinance and our nuisance ordinance, that that kind of behavior is not protected speech but is disruption? … This was not intended to be a reasonable, First Amendment kind of protest. This was intended to be disruptive,” Mirisch said.

He also echoed the sentiments of attorney Ron Richards, who spoke during public comment in favor of putting an expiration date on the prohibition to protect the city from litigation.

“I think a 20-day sunset provision on this is much better, and if we have a problem that keeps going, we can deal with this with an additional emergency provision,” Richards said.

“It seems to me that this emergency may not last 20 days. I think that making this until the end of the emergency, I think that is appropriate,” Wiener said.

The other four council members agreed with Wiener, and Mayor Lester Friedman added that putting a sunset provision on the ordinance might actually encourage further disruptive protests.

“As soon as you put a date certain on there, you can count on people coming in the next day,” Friedman said.

Four changes were approved unanimously, but after hours of discussion, the council was unable to come to an agreement on amending the protections for commercial renters.

The council agreed that food delivery services, such as UberEats, Grubhub and Postmates, would only be allowed to charge a fee of 15% on the order, plus an additional 5% for credit card processing, marketing or other uses as long as that 5% fee was already in place. The rules will remain in effect until Aug. 31, similar to the rules adopted by the city of Los Angeles.

“Our office felt that L.A. was a good model, since we are surrounded by L.A.,” Wiener said.

In addition, the council authorized Chavez’s office to use the city’s special event permit program to accommodate outdoor dining for the city’s restaurants, and the council waived the $800 application fee.

The city is also exploring the idea of closing lanes or portions of full streets, such as Canon Drive, to allow more space for pedestrians and outdoor diners, though Laura Biery, marketing and economic sustainability manager for the city, advised the council that the city’s outreach program, Open BH, has shown some pushback from business owners such as retail store operators who are concerned they may lose the curbside pickup spots that have helped their businesses survive the pandemic.

“They really didn’t want to see that go away,” Biery said.

Vice Mayor Robert Wunderlich pointed out that other cities, such as Santa Monica, are already considering closing some streets to car traffic to allow for outdoor dining and pedestrians.

“These are things our neighboring cities are doing. We are falling behind … This is the moment. I don’t want this to take forever to happen,” Wunderlich said.

The council also exempted local stores from having to charge a fee for paper bags, as many businesses are discouraging customers from bringing their reusable bags, and allowed for violations of Los Angeles County health orders to be treated as infractions or administrative citations instead of misdemeanors.

For commercial renters, the discussion, which lasted into the early hours of June 17, was hung up on several issues, including the length of the amnesty period – the time in which all owed rent from previous months can be repaid without any penalty – the length of the repayment period and how much landlords will be able to charge in interest or late fees.

The council also debated how best to force landlords and tenants to meet to see if they can come to an agreement without city help, and if that fails, what role should be played by a mediator or negotiator. The council also debated if the city’s Rent Stabilization Commission should serve as the mediator or if an outside person or agency would help.

“If the parties do not want to talk, the mediators can talk until they’re green … The enforcement of this needs to be in the ordinance, not on the mediator,” Gold said.

“I don’t think anybody wants us to be involved in their business. I don’t think the tenants want us to be, nor the landlords. The goal here is to have them work it out,” Councilwoman Lili Bosse added.

The commercial lease discussion has been ongoing since the coronavirus pandemic first impacted the area in March. Last month, the council discussed the topic at length before deciding that Wiener would further refine the draft language for the ordinance and the topic would be discussed at the June 2 meeting, which was then canceled after looting and clashes with police occurred during the largely peaceful Black Lives Matter protests on May 30.

With concerns for the late hour and lack of progress on the discussions, the council decided to resume the commercial lease protections tonight, June 18, at 7:30 p.m.

“I’m really concerned that we’re doing this at this hour … It’s nearly 1 o’clock in the morning, and this is too important,” Bosse said.

Angelenos march for All Black Lives