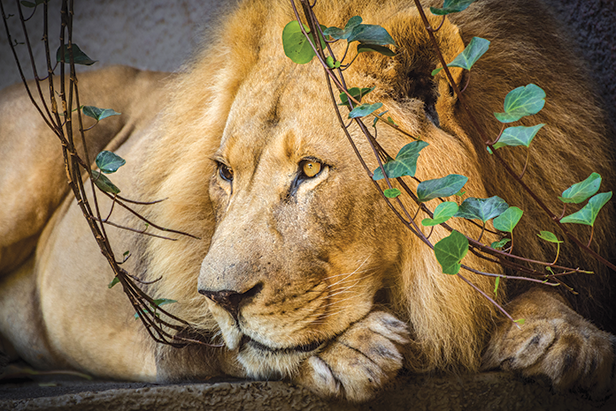 The annual “Beastly Ball” offered an evening of wild fun in support of the Los Angeles Zoo. (photo by Jamie Pham)

The Greater Los Angeles Zoo Association’s “Beastly Ball” was held as a virtual event this year, providing a wild night of fun and philanthropy during a difficult time of need.

The virtual event was livestreamed on May 15 to more than 12,000 viewers on Facebook, YouTube and the zoo’s website and raised $1,055,641 to support the Los Angeles Zoo’s global conservation efforts. The zoo was one of the first in the United States to present its major fundraising gala as a virtual event during the COVID-19 crisis.

Attendance during the livestreamed virtual event reached more than 12,000 people throughout the evening – 12-times the record attendance for the annual in-person “Beastly Ball.” Thousands more have viewed the program since it first aired, resulting in a total of 20,000 viewers.

Individual donations ranged from $5 to $72,000. The “Fund-a-Need” goal of $90,000 for a portable ultrasound machine was achieved, allowing the zoo’s veterinary team to upgrade to new equipment. The medical device is a vital diagnostic tool used for nearly every animal exam.

Jacobson thanked everyone who participated in the event and called the virtual event, “astonishingly successful.”

“We are thrilled to have exceeded $1 million, which is beyond what we had hoped to achieve when we made the decision to take the ball virtual,” Jacobson said. “I am so proud of our dedicated board of trustees and the entire GLAZA team who worked hard to produce an amazing virtual event that raised significant funds and reached a vastly broader audience.”

The program can still be viewed and donations are still being accepted at beastlyball.lazoo.org.

Dine together at Miracle Mile’s restaurants on June 11

‘The Goonies’ can finally run for president