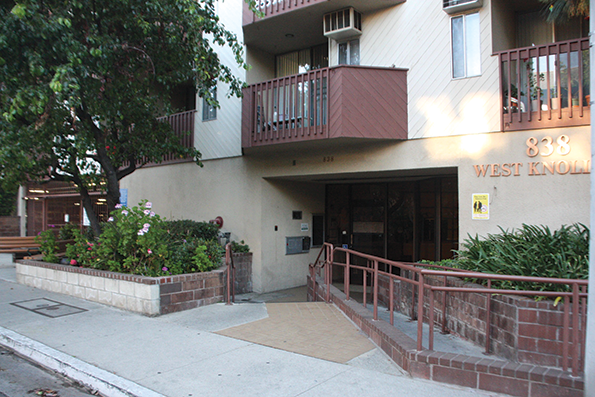 The West Hollywood City Council unanimously extended its eviction moratorium through July 31, ensuring protection against eviction for residential and commercial tenants for non-payment of rent related to financial impact due to COVID-19.

The City Council approved the emergency ordinance to ensure West Hollywood renters would not go homeless. The city amended the moratorium that applies to nonpayment eviction notices served or filed on or after March 16.

The council has been updating the ordinance in increments of 30 days, and originally city staff recommended the moratorium, which went into effect on March 16, be extended through June 30.

However, Councilman John Duran disagreed with the 30-day increments and said it was far too cautious.

“Considering that 78% of our residents are tenants, we need to be a bit more forthright in providing adequate protection,” Duran said.

Duran said the incremental increase, while conservative and precautious, would leave tenants wondering if they were protected for another 30 days pending council review.

“It doesn’t give us enough of a buffer in order to prevent massive and widespread evictions when the emergency is over,” Duran said.

“She wants to see what the state does, so that when she comes back we can align our ordinance with the state,” Heilman said. “So, that there is some consistent protection for tenants and there’s a clear message not only by the state and the judicial council, and by the city that everybody will be protected.”

Langer had previously noted that Gov. Gavin Newsom has a similar statewide eviction moratorium that is set to expire on May 31, though he may extend it.

The rules are in place for 90 days after Newsom lifts the state of emergency. Duran said that after that 90 days, if landlords choose to do so they can issue a three-day notice for nonpayment of rent. If a tenant cannot pay the rent within three days, then they are automatically in default and landlords have grounds to evict them when the state order expires. However, West Hollywood extending its eviction moratorium protects renters whether or not the state extends its moratorium.

Duran proposed the extension be 90 days, which would last until Aug. 31, ensuring a sense of certainty for renters and residents finding ways to pay back rent from previous months and plan for the future.

Heilman said that although he understands the benefit of extending the moratorium for 90 days or more, he is concerned with possible consequences it might cause.

“We also don’t want to put tenants in the position where they are so behind with their rent that they wouldn’t be able to make it up,” Heilman said.

Councilwoman Lauren Meister agreed that if the council continues going month by month, it would be very difficult for renters, and a proposed 60-day extension – to July 31 – was a compromise.

City Manager Paul Arevalo said that the average rent is approximately $1,400. The city also provides rental assistance through a one-time grant of $1,000. Recently, city staff established a new significant cash infusion into the program which allows people to reapply and obtain additional grants.

According to Duran, that average rent could describe rent-controlled units in the city that house seniors or those who have lived in West Hollywood for many years. But many tenants who are in dire need of assistance are millennials in their 20s and 30s who are renting units for more than $1,500 per month.

The city ordinance also protects tenants from eviction if they have had people move into their residential unit during the emergency to follow stay-at-home orders. Mayor John D’Amico asked Langer if it was possible to research and include language in the moratorium that would allow tenants to possibly find roommates.

“We do have leases that are in place, and we want to be careful not to interfere with contracts that are existing,” Langer said. “We are trying to do and justify all of this. Right now, we are focused on keeping people in their homes to prevent homelessness and prevent the spread of the virus.”

In the future, city staff might come up with a way to ease financial burdens by connecting tenants with each other and becoming roommates.

To provide clear, concise information to renters facing financial hardship due to the COVID-19 pandemic, the city produced two informational resources on the eviction moratoriums.

D’Amico said these are strange times, but if you can afford to pay rent, then do so. And, if a renter cannot pay rent, the moratoriums are in place to provide support.

“As the city continues to introduce programs to assist the community in coming through this pandemic, I encourage all renters and landlords to familiarize themselves with the moratorium information provided and reach out to city hall staff with any questions.”