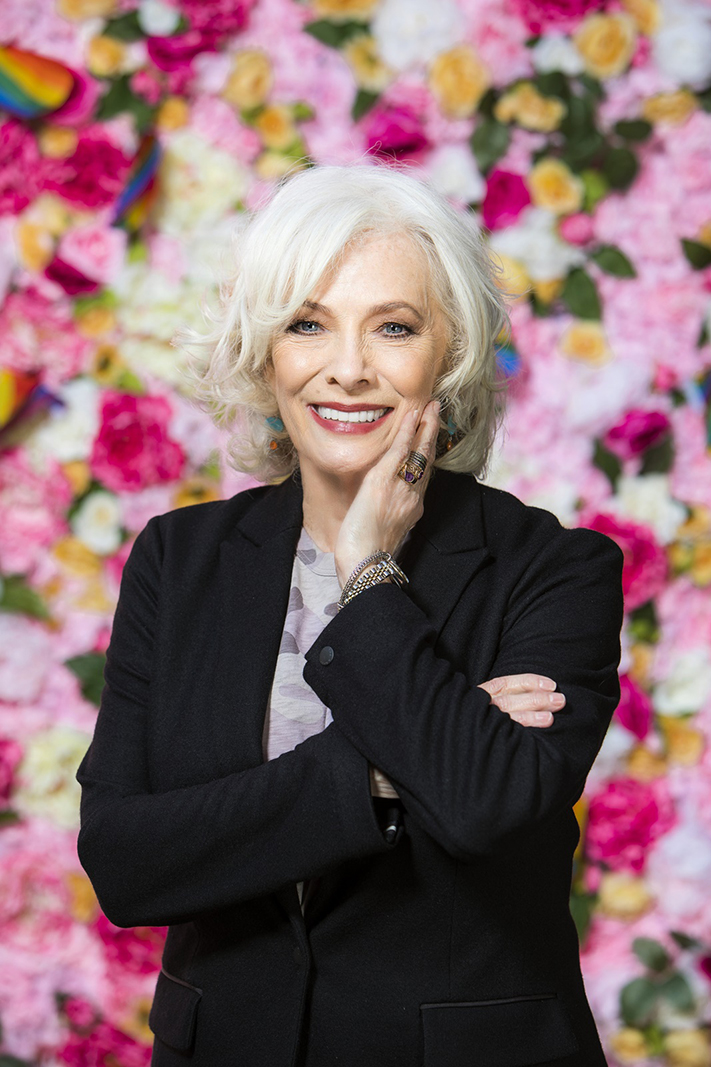 The COVID-19 pandemic canceled events throughout the summer including Pride, but to celebrate the 50th anniversary the Lavender Effect will host a live “Virtual Pride Parade” on May 31 at noon on Zoom and Facebook.

“Our queer community stands on the shoulders of the many who gave their lives, so that we may know true freedom. We have built our gay house on a foundation of revolution,” Billings said. “During this chaotic and truly bizarre time, there is an entire generation that is reminded of the loss we suffered during the AIDS plague, our first viral pandemic. As a 58 year old transwoman, who has been carrying this virus for almost three decades now, I hold the humans who left us far too soon…. and so for them, we celebrate. We are survivors, and we blossom in times of adversity. So let’s show the world how we navigate troubled times and how we embrace the divine light by throwing the best damn party the internet has ever seen.”

More celebrities will be in attendance or the virtual parade such as Audra McDonald, Sean Hayes, Betty Buckley and Sandra Bernhard.

“I am very excited to have been invited to join the Lavender Effect for their 2020 Virtual Pride Parade event,” Buckley said. “We can be together online this year for Pride to celebrate our diversity, community, love and pride.”

The Lavender Effect is accepting applications from individuals and organizations who would like to participate in the Virtual Pride Parade. Activists in the LGBTQ+ community, political leaders and celebrities who want to help organizers reach a broad audience are encouraged to apply.

Those who participate are encouraged to creatively and safely express Pride inside or outside, in motion or stationery, harmonic or monotone, dressed up or dressed down, but no nudity is allowed. Individuals are also asked to state their gratitude for LGBTQ+ elders, to recite their post-pandemic vision or explain what Pride means to them.

The Lavender Effect is a nonprofit project of Community Partners that focuses on celebrating LGBTQ+ heritage and culture. Through events such “Virtual Pride Parade,” its Oral History Projects, educational programs, the organization hopes to reduce shame, combat homophobia and empower LGBTQ+ youth.

“We can’t have public gatherings this year, but we can certainly do Pride in our own way, for example, by connecting and celebrating our community via the Virtual Pride Parade,” said Musto, a long-time entertainment journalist attending the event.

To sign up for free virtual tickets and receive weekly updates about the event or to learn how to become a sponsor, go to thelavendareffect.networkforgood.com/events/209696-virutal-parade-tm.