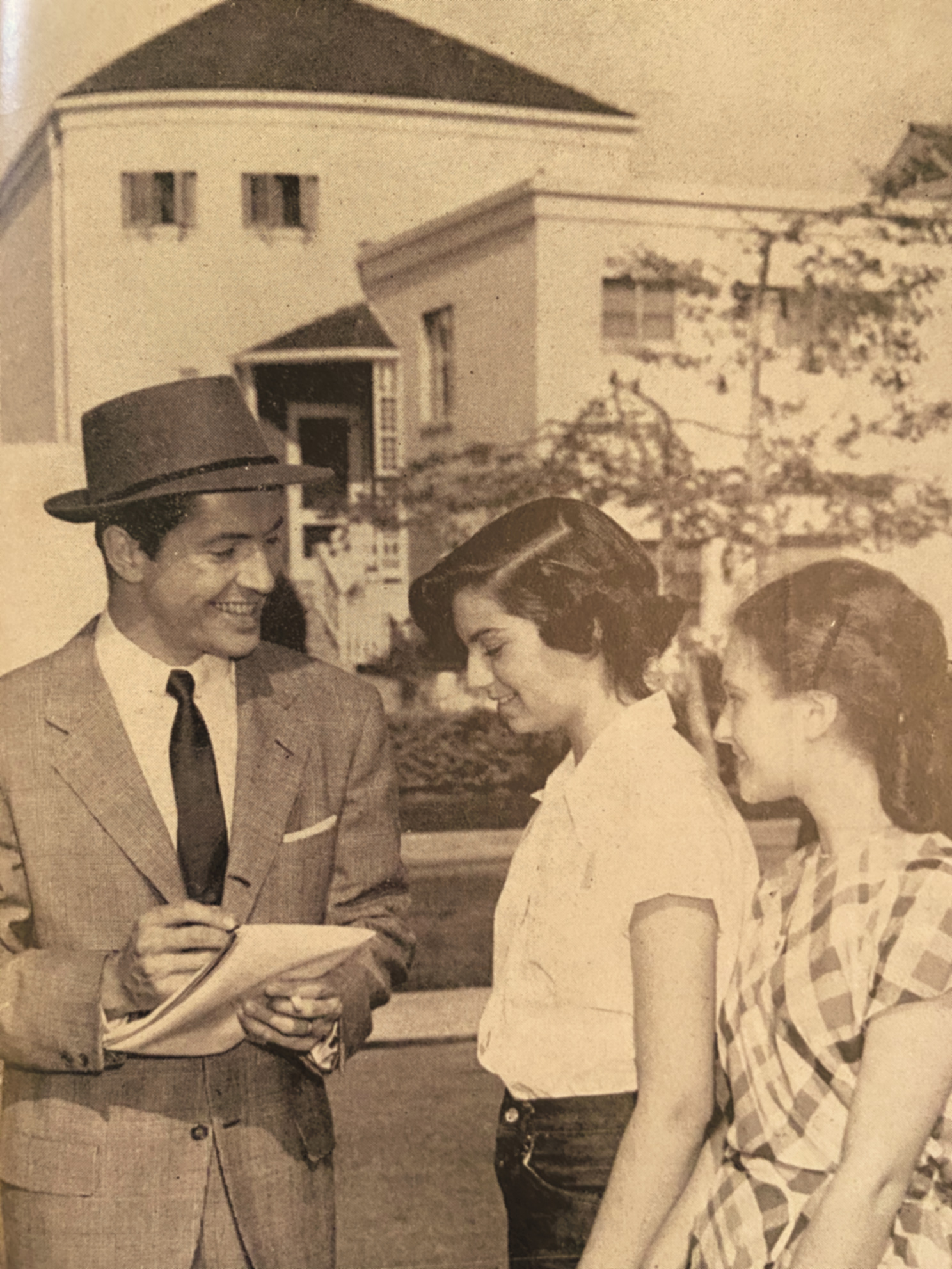 This photograph in the May 17, 1951, issue of the Park Labrea News featured the headline “Park La Brea is in the movies” and showed actor Farley Granger signing autographs for young residents Jackie Schaffer and Gitelle Sax. Granger and actress Shelley Winters were starring in an RKO Pictures film titled “Behave Yourself!” that was being filed at Park La Brea and included exterior shots of buildings on Alandele Avenue, Sixth Street and Wilshire Boulevard. The film was about a character named Bill Denny who was followed home by a cute Welsh terrier – a dog that was also the target of the mob, according to imdb.com. Many residents came out to watch the filming and can be seen as extras in the movie.

NHM postpones the ‘Future of Food’