The Wallis presents ‘The Encounter’ 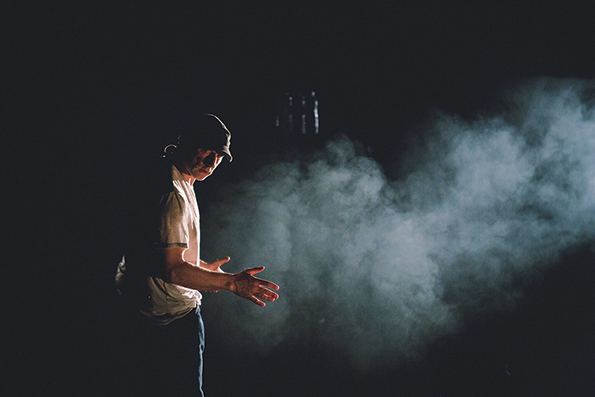 “The Encounter” will be broadcast May 15-22. (photo by Stavros Petropouls/courtesy of the Wallis)

The Wallis Annenberg Center for Performing Arts is partnering with Complicité to broadcast “The Encounter” online and available to stream from May 15-22 for free.

Petru Popescu’s novel “Amazon Beaming” inspired the show which tells the story of national Geographic photographer Loren McIntyre who, in 1969, became lost in a remote part of the Brazilian rainforest while searching for the Mayoruna people. His encounter was to test his perception of the world and bring the limits of human consciousness into focus.

“The Encounter” played sold out runs at London’s Barbican theater in 2016 and 2017. It was presented in the Wallis’ Bram Goldsmith Theater during the 2016/2017 season.

Threading scenes of his own life with details of McIntyre’s journey, actor Simon McBurney incorporates objects and sound effects into his solo performance. The show’s binaural 3D sound design was made by Olivier Award-winner Gareth Fry.

Music and sound is transmitted to the audience through headphones, so it is encouraged that audiences use headphones instead of playing the film out of speakers.

The show received five star reviews since its premiere in 2015 and is the winner of numerous awards including the 2017 Special Tony Award for Sound Design.