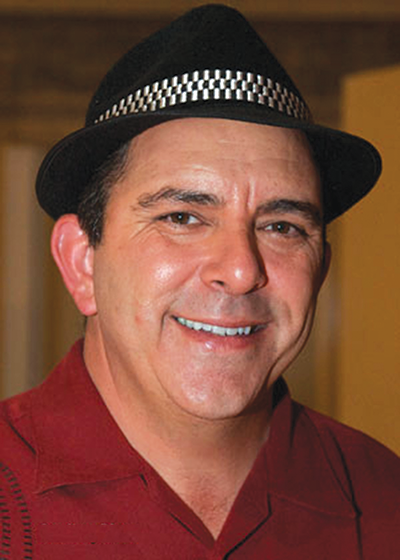 On May 15 at 4 p.m., company member Geoffrey Rivas will join Moreno on Facebook Live to discuss his career and journey as an actor.

Rivas, a native Californian from the San Joaquin Valley, has performed with the company in “The Sweetheart Deal,” “Members Only,” “A Mexican Trilogy,” “Luminarias” and appears annually in the company’s holiday pageant “La Virgen de Guadalupe, Dios Inantzin” at downtown Los Angeles’s Cathedral of Our Lady of the Angels.

He has developed and directed LTC production of “The Latina Christmas Special,” including a run last winter at the SoHo Playhouse in New York City, “Home” which was written and performed by Nancy Ma, and the premiere of the National Association for the Advancement of Colored People award-winning solo show “Beautiful” by Jozanne Marie.

He was also the recipient of an Ovation Award nomination for his role as Martin in Sam Shepard’s “Fool for Love,” and has numerous film and TV credits including “La Bamba,” “Born in East L.A.” and “Little Assassin.”

From 1986 to 1992 he worked with Cold Tofu, a multi-ethnic improvisational theater group. Rivas also worked for the Virginia Avenue Project, an organization that works with at-risk children by teaching them how to write and act in their own plays.

Additional conversations are planned for May 20 and May 22. Moreno will go behind the scenes of the LTC to chat with theater technicians and the entire LTC company.