‘The Good Fight’ packs all the legal drama, mixed with politics 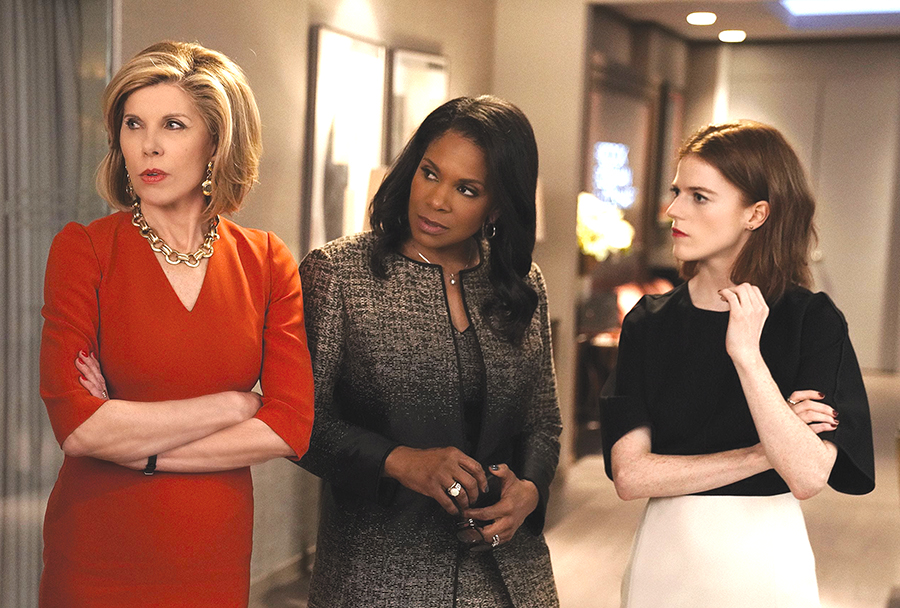 Christine Baranski, Audra McDonald and Rose Leslie star in the high-stakes legal drama “The Good Fight,” a spin-off of “The Good Wife.” (photo courtesy of CBS)

Never has a more disingenuous phrase existed than, “it’s too political.” We learn far more about one’s politics than the topic of discussion.

One rumor that the next 007 agent might be a woman, and the trolls freak. And yet, most English-language media is produced by white men, featuring stories specific to a perceived white audience.

When something challenges that assumption, like a female doctor cast in “Doctor Who” following 12 men in the role, it stands out far more, and backlash immediately follows. Once Marvel Studios executes its long-standing promise to feature an LGBTQ character (22 or more films later), the “social justice warrior” attacks and “politically correct” bemoaning will erupt from the bowels of YouTube comment threads, salivating in tired double standards.

The easiest defense tactic for most series is subtlety through euphemism, a softer approach to politics. Well “The Good Fight,” a spin-off of “The Good Wife,” doesn’t bother with coy. No false equivalency that “both sides have good people” found here. With sniper focus, this CBS All Access series cares about one demographic, unconcerned with who it offends. You might complain about all that political stuff, but good art can still boldly point a finger rather than dance around current events without taking a side. 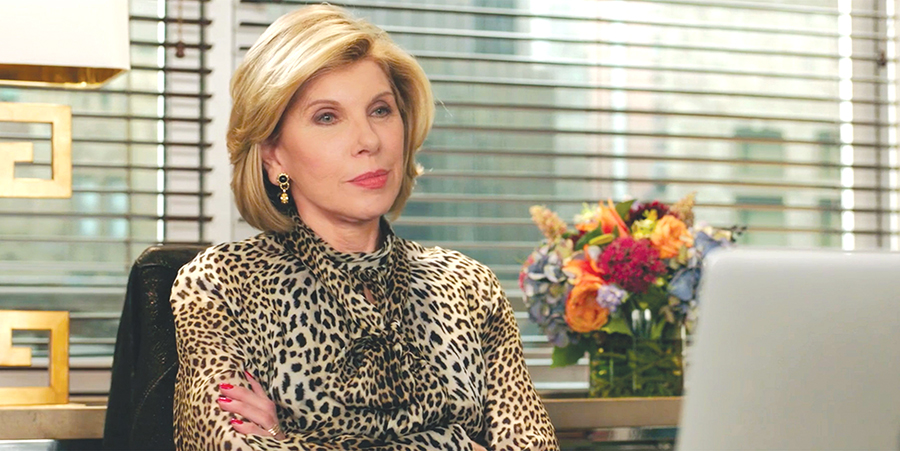 Christine Baranski is superb as seasoned lawyer Diane Lockhart in “The Good Fight.” (photo courtesy of Courtesy of CBS)

Sometimes the spinning totem needs to drop, and we must face reality – pop our cultural bubbles. Seasoned lawyer Diane Lockhart (Christine Baranski) faces that turning point when Donald Trump wins the 2016 election. Rather than return to business as usual, the progressive attorney (who fled her altruistic advocacy roots ages ago) plans to retire. Trump changed everything, and his presence haunts Diane like a specter.

But a small hiccup prevents her long walk into the morning sun: her retirement plans are upended by a longtime friend’s fraudulent misuse of her retirement fund. A scandal erupts.

Now Diane can’t quit practicing law, but she already signed her exit paperwork at Lockhart, Deckler, Gussman, Lee, Lyman, Gilbert-Lurie, Kagan, Tannebaum, & Associates (the mouthful is the joke) to the glee of her greedy former partners. Their loss is another firm’s gain, right? Alas, she soon learns she’s untouchable — fallout from her involvement with the fund. But one team of lawyers, Reddick, Boseman & Kolstad, the largest black-owned firm in Chicago, sees an opportunity.

This isn’t a white savior story. Diane doesn’t upend anything, take over or serve as a voice of wisdom amongst passionate people of color, a trope directly addressed in a season two story involving the DNC. Diane always fancied herself an idealist, but the new digs don’t result in peace of mind. Instead, she faces a slew of new challenges: spousal conflict, national turmoil and a growing sense of numbness to everything around her.

For any fans of “The Good Wife” who inhaled those seven wonderful seasons, plenty of familiar faces return, from judges and opposing council to regulars who migrated to the spinoff. Beyond Diane, there’s Lucca Quinn (Cush Jumbo) from season seven, Marissa Gold (Sarah Steele) who grew up on on “The Good Wife,” and even Julius Cain (Michael Boatman), who appeared in most seasons.

Lucca is this series’ Kalinda, the poker-faced staffer who’s quite comfortable with who she is, unconcerned with the opinions of others. Marissa is also a charming character, serving as the primary youthful presence (even though she’s not much younger than others on the show), both tech savvy and informal compared to her peers.

As for new arrivals, Delroy Lindo’s Adrian Boseman leads the pack. He’s animated in the courtroom and jovial among the staff. Lindo enjoys a long Hollywood career on the big and small screens, but his performance as Adrian might be the most memorable to date. Firm investigator Jay Dipersia (Nyambi Nyambi) is also a fun character, though he has little else to do unrelated to moving each episode’s plot line forward.

When the series first began, Maia Rindell (Rose Leslie from “Game of Thrones”) received top billing and some central stories (her father defrauds a lot of people), but she takes a while to become a presence in front of a jury. Her stories rely more on internal drama than anything else.

You might be turned off at this point. “Please, no more agendas in media – just something fun.” Hey, it’s entirely possible to enjoy something without agreeing with it. Does enjoying gun fetishism in “John Wick” make you a Second Amendment apologist? Regardless, “The Good Fight” still offers splendid courtroom drama, rich emotional moments and all the soft-R material All Access elates in.