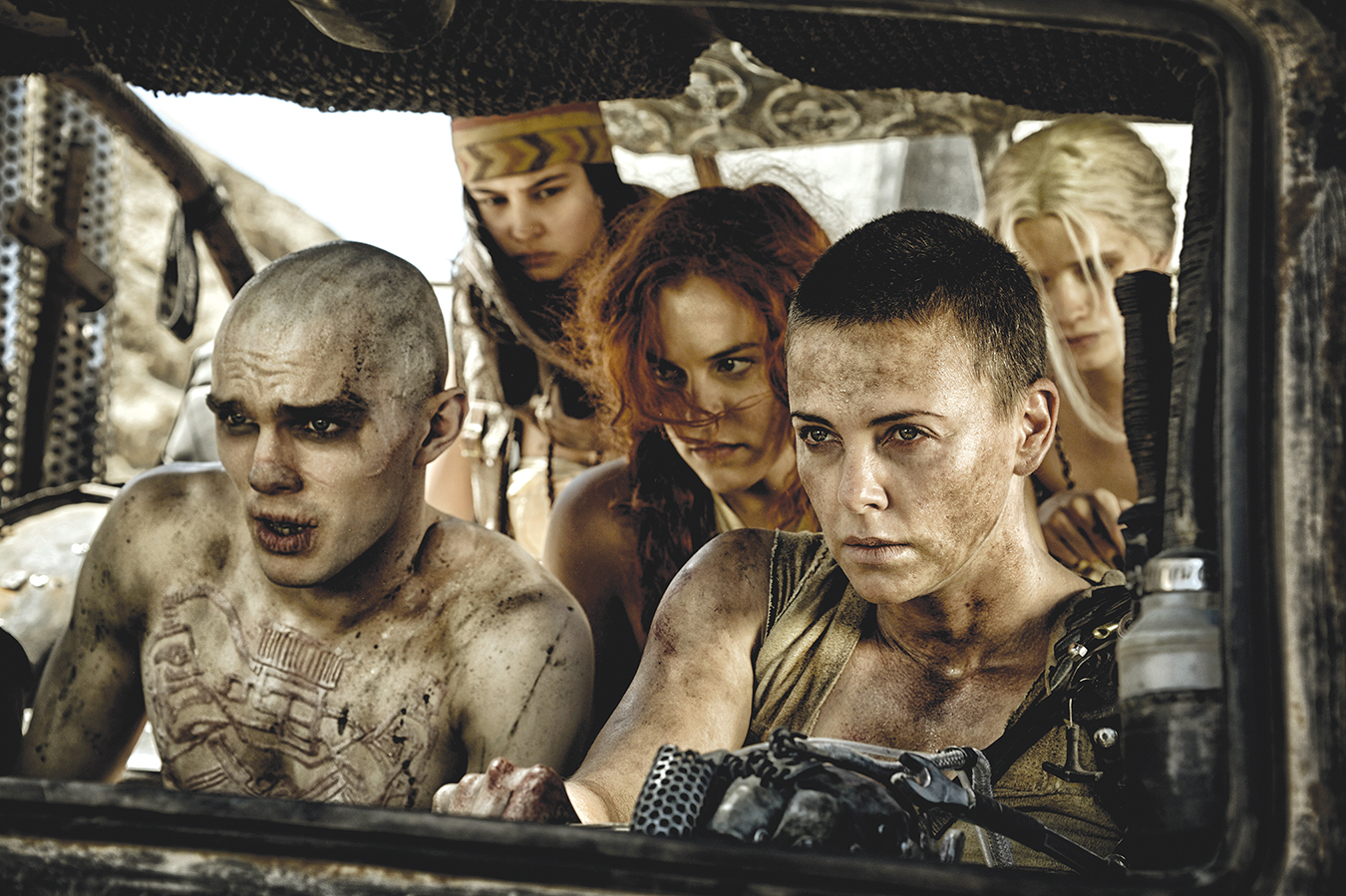 Five years ago, George Miller gifted the world with the most insane action film ever, “Mad Max: Fury Road,” complete with a lightning sandstorm, flaming guitar, muscle cars and excessive chase scenes. The result: a best pic nom and near universal acclaim.

Well, thank Valhalla, a prequel to “Fury Road” is coming, all about Charlize Theron’s character Furiosa. Sadly, Theron won’t return, but if the film is half as incredible as its forebear, then Miller has another “W” in his corner.

Now, no new information is public, but that doesn’t mean we don’t have time to pore through some dystopian cinema. So, I give to you 10 dystopian, apocalypse and wasteland flicks from this millennium, and where to stream them, to honor the Furiosa news and provide no commentary on anything else happening right now, whatsoever.

The world is sterile, and the U.K. morphs into a xenophobic, isolationist state in “Children of Men.” Then, the possibility of a cure arrives when a single woman gets pregnant. Like a rare vaccine, she must be taken to safety in hope of a better tomorrow. Furiosa embarks on a similar mission trying to liberate the five wives of Immortan Joe (Hugh Keays-Byrne, the big bad in “Mad Max” as well).

Frankly, I take any chance possible to plug this one. Hugh Jackman is the Wolverine in this dystopian projection of mutantkind’s future, exploring something close to 1979 “Mad Max’s” society on the verge of lawlessness. In “Logan,” private sector R&D have free rein to experiment on young mutants, forcing them to go on the run. It’s almost like deregulation leads to rampant abuse. Who knew?

The entire “Apes” franchise plays out like a prequel to “Mad Max.” “Rise of the Planet of the Apes” portrays an ape revolt and a virus unleashed on humanity. By “Dawn,” only a handful of humans survive – herd immunity never catches on. In “War,” the virus evolves, rendering the remaining humans mute. There are apes too, but the human story is really interesting to me right now. Not sure why.

Humanity’s only hope is soldier Cage (Tom Cruise) who relives the same day over and over again, perfecting his fighting ability against an alien horde. Fun fact: when “Edge of Tomorrow” arrived on video release, marketing quietly changed the film’s name to “Live Die Repeat,” formerly the tagline.

The world is covered in so much waste, but the more popular Johnny 5 makes good use of all that trash. Mr. Max and his peers sure do too, always recycling car parts and other finite resources, probably leftover food too, to avoid subjecting himself to an irradiated shopping trip. I’d like to think our collective love of “Wall-E” and “Mad Max” has made us more conscious of our consumption habits.

Aliens from a foreign place are forced to live in the segregated and caged District 9, overrun with poor living conditions – a petri dish of disease in the making. OK, I can’t think of any way to connect this to “Mad Max” or anything else. Not one thing.

When a global pandemic strikes – a precursor to alien invasion – it’s time to shelter in place, maintain social distance from the infected, including a crazed woman slamming on the bunker’s front door, demanding entry despite her obvious contagiousness. It’s like she doesn’t understand that the alien pandemic isn’t just about her but the safety of all!

Even worse, what if your bunker-mate is a killer? What if someone you have to spend months and months with isn’t who you thought they were? That’s a truly horrifying thought. I think you know how this connects: the wives of Immortan Joe, of course, forced into isolation, serving only his needs.

After dreaming about impending doom, Curtis (Michael Shannon) becomes single-focused on creating a safe refuge for his wife and son. He spends all their savings on it, but he doesn’t seem too worried about stockpiling toilet paper and hand sanitizer, things Furiosa has no access to in the Wastelands.

Instead of hoarding supplies in a way that screws over others, he shows genuine concern for them when he hysterically declares the end is nigh in the middle of a community meal, while everyone shares food like they’re in a buffet line at Souplantation. Of course, Furiosa probably enjoyed such socializing in the Green Place before her kidnapping at a young age.

An unknown virus wiped out most life on Earth. Now, James Cole (Bruce Willis) must travel into the past and locate the elusive 12 Monkeys who let loose the greatest plague in world history. It turns out they’re just some animal rights dupes who distract from a ponytail dude hellbent on global pandemic.

On the topic of animals and viruses, remember when Max ate a lizard in “Fury Road,” chomping away while it squirmed? That seems unsanitary. Maybe avoid eating wild animals. If you don’t, the War Boys might capture you.

It’s a slow burn, but Cormac McCarthy’s novel-turned-film presents humanity at its worst. When food runs out, cannibalism doesn’t seem that bad. Not two weeks ago, conspiracy lovin’ Alex Jones proudly declared he’s begun sizing up his neighbors in a similar way, twice boasting “I’ll eat your a..” in a radio broadcast, to make sure his kids stay fed. Holy fine cuisine, road warrior!

He’s clearly quite excited about a “Furiosa” flick and any cannibal villains that might appear. His theme party come opening weekend will dominate the Badlands.

I’m not as fond of this comedy by the “Beavis and Butt-Head” makers, but it’s a timely endeavor. A man of average intelligence is cryogenically frozen, awaking to a future overflowing with dumb dumbs. He’s a genius in comparison. I mean, they water crops with energy drinks because of all those “electrolytes,” thanks to President Camacho’s (Terry Crews) ineffective leadership.

The president has some sobering words (paraphrased here to keep things PG) that speak to our shared enthusiasm for a “Furiosa” prequel. “I know crap’s bad right now,” the idiot-in-chief says, “with all that starving bull crap, and the dust storms, and we are running out of French fries and burrito coverings. But I got a solution.” No, you don’t, Mr. President. Go dry-heave some lightning sandstorm dust.