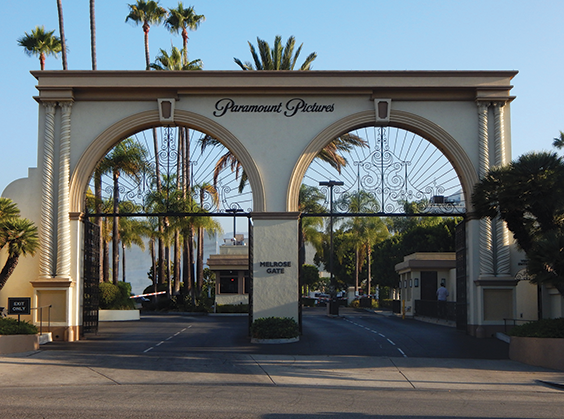 On May 7, state Sens. María Elena Durazo (D-Los Angeles) and Ben Allen (D-Santa Monica) joined Rana Ghadban, president and CEO of the Hollywood Chamber of Commerce, and chamber officials on a videoconference to discuss the impact of coronavirus on the local economy and what state lawmakers are doing to help.

“This disruption from the pandemic is something nobody in their wildest dreams could have come close to imagine it happening, the devastation and the toll on our communities,” Durazo added.

Durazo also referenced the high rate of COVID-19 in Los Angeles, which has approximately half of all positive cases and deaths in the state, even though it only has approximately one-quarter of the state’s population. Durazo said seniors and the poor are being hit hardest.

“We have to hunker down, find out, get to the bottom of that. Testing, of course, will help, as will other measures that are being taken, but … we can’t have that kind of disparity going on,” Durazo said.

Allen said because the area is so hard-hit, reopening the economy in Los Angeles may take longer than it will in other parts of the state. In addition, some businesses that thrive in Los Angeles, such as concert venues, will take longer to recover than businesses like offices and retail, which don’t congregate as many people at once and can operate more easily with social-distancing requirements in place.

Allen referred business owners to covid19.ca.gov/roadmap for “sector-specific guidance on reopening” and business.ca.gov/coronavirus-2019 for information on financial assistance. He also cautioned that the resumption of normal life will not return like “flipping a switch.”

“It’s a dimmer, getting brighter over time as we slow the spread of this disease,” Allen said.

In response to the crisis, Allen and Durazo said state lawmakers are focusing their attention on coronavirus-related matters, but the economic impacts of the virus are part of that discussion.

For instance, Allen and Durazo discussed the state’s film and television tax credit and the effect of the coronavirus pandemic on local TV and movie production.

Allen noted that the $330 million in tax credits available each year is set by statute, so even with the state’s anticipated budget woes, the credit will remain in place, and he would like to see the program extended and expanded.

“From my perspective, it’s clear, now more than ever, that we need to support local production,” Allen said.

Allen also said that normally, recipients must begin production within 180 days of receiving the credit, but due to an “act of God” clause, the films and television shows can wait until it’s safe to begin production.

“They’re all very much connected. I don’t think we can just help one and not the other. We have to figure out how to help industries that help small businesses, that help sustain and recreate the good middle-class jobs that the film industry creates,” Durazo added.

Work also continues on making changes to Assembly Bill 5, which last year intended to crack down on companies like Uber and Lyft that classify employees as contract workers but also included musicians, journalists, writers and others who perform work on a freelance basis.

Durazo said Assemblywoman Lorena Gonzalez (D-San Diego), the author of AB 5, is working on changes with her new bill, AB 1850.

“There’s a lot of consciousness around the fact that we have independent contractors who also need to support their families,” Durazo said.

Allen mentioned that Senate Bill 900 would also create exemptions for some freelance jobs that need help.

“AB 5 was passed to protect workers from being taken advantage of, but we also don’t want this to cause more trouble for workers. Continue to reach out to us, let us know about other stories and things you think ought to be added to the legislation that’s being developed,” Allen said.

The senators said the state also plans to continue its work combatting the homelessness and housing crisis.

With so many Californians out of work and unable to pay rent, “funding and a focus on housing will absolutely continue in this session,” Durazo said.

“It was a crisis before, and it continues to be a crisis,” she added.

Progress is expected to be more difficult due to the anticipated budget problems caused by the COVID-19 crisis and resulting changes to tax revenue, Allen said, though state leaders were “already in the works about how to do something big” on homelessness.

“If the pandemic has shown us anything optimistic, it’s that when there’s a will, there’s a way,” Allen said.

The art show must go on