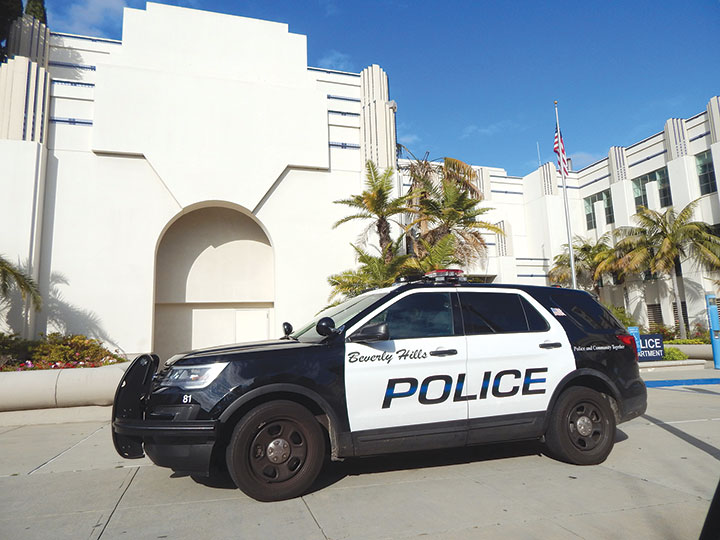 The Beverly Hills Police Department is being led by interim Chief Dominick Rivetti, who began work on May 20. (photo by Edwin Folven)

The Beverly Hills City Council approved Dominick Rivetti as the interim chief of the Beverly Hills Police Department on May 19 while a search for a permanent chief is conducted.

Beverly Hills City Manager George Chavez announced last week that Rivetti had been selected to head the department following the retirement of Chief Sandra Spagnoli, whose tenure ended on May 15. City Council confirmation was necessary, and after members gave their approval on Tuesday, Rivetti started as interim chief the following day.

Rivetti previously served as interim chief for the BHPD beginning in 2015 during a nine-month period between the retirement of former chief David Snowden and the hiring of Spagnoli in 2016. At the time, Rivetti had recently retired as chief of the Los Angeles District Attorney’s Bureau of Investigation, and also formerly served as chief of the San Fernando Police Department from 1985-2001.

“We are thrilled to have you back,” said Councilwoman Lili Bosse, who also addressed Rivetti. “Congratulations to us, and we look forward to working with you again.”

“I’m excited to see Chief Rivetti back. We had a great experience,” Councilman Julian Gold added, while also addressing Rivetti. “Dom, welcome back, we’re happy to have you here. We look forward to all you’ll bring to the city yet again.”

“We’re looking forward to you working with our [police department] and setting them up for the next chapter,” Mirisch added.

Rivetti is a law enforcement veteran who said public safety and protecting quality of life is paramount.

“I look forward to working with the outstanding men and women of the Beverly Hills Police Department to keep Beverly Hills as safe as possible, especially with the trying times of this pandemic,” Rivetti said.