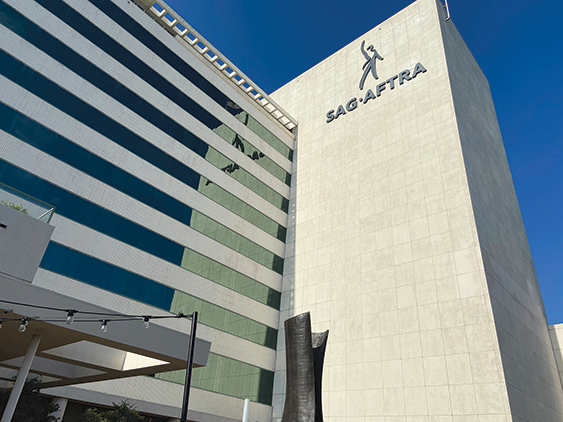 Prolific developer Jerome H. “Jerry” Snyder died at the age of 90 on May 10 at his home in Bel Air after a brief battle with cancer.

As the founder and senior partner of J.H. Snyder Company, Snyder built thousands of homes and millions of square feet of commercial property in the Miracle Mile and throughout Los Angeles, and other cities including Palm Springs and San Diego. His company is headquartered in the SAG-AFTRA Plaza, formerly Museum Square, at 5757 Wilshire Blvd., which Snyder purchased in 1978. Then the Prudential Insurance Company headquarters, Snyder transformed the building into a landmark on the Miracle Mile. In a 2011 interview with the Park Labrea News/Beverly Press, Snyder said that project served as a catalyst for other improvements that helped make the Miracle Mile the vibrant district it is today.

“I came to the neighborhood in 1978 when businesses were closing down and everyone was leaving. Now, it’s the place to be,” Snyder said in 2011. “I think we had a lot to do with that, by revitalizing Museum Square, and by redoing the Cal Fed Building [5670 Wilshire Blvd.]. It gave us the nucleus, then it just spread down the street.”

Snyder also said at the time that the Miracle Mile was a perfect place for his headquarters, as it was centrally located between his Bel Air home and downtown Los Angeles, where he conducted much of his business. In addition to the buildings at 5757 and 5670 Wilshire Blvd., Snyder developed the Wilshire Courtyard complex at 5700 Wilshire Blvd. The Residences at Wilshire Curson building, a 21-story high-rise with 285 luxury units, is currently under construction on Curson Avenue just north of Wilshire Boulevard.

Other J.H. Snyder Company developments include the West Hollywood Gateway project at the corner of La Brea Avenue and Santa Monica Boulevard, which includes Target and Best Buy stores. Snyder’s company also constructed 1601 Vine, a 115,000-square-foot office building, and Hollywood 959, a 260,000-square-foot creative space at 959 Seward St., both in Hollywood. The Vermont, 22- and 29-story towers at Wilshire/Ver­mont in Koreatown feature 464 apartments atop 32,000 square feet of retail, plaza space and parking.

Snyder was born in Brooklyn and moved with his family to Los Angeles in 1944. He grew up in Boyle Heights and graduated from Roosevelt High School. After attending UCLA for one semester, he spent a brief stint in the U.S. Navy.

Snyder was a visionary at a young age. At the age of 19, he bought a truck and started a home remodeling business. Soon after, he convinced Home Savings & Loan to finance his first development project, an 80-home community in Orange County. 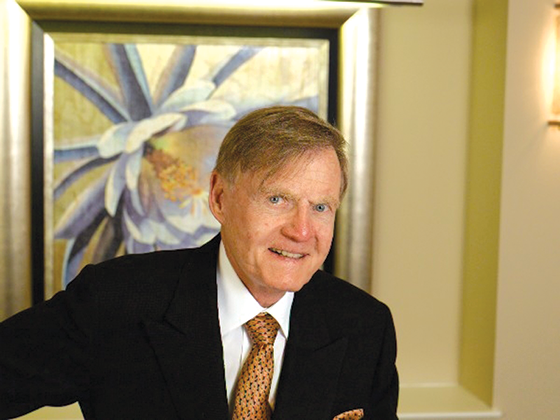 Developer Jerry Snyder died on May 10 at the age of 90. (photo courtesy of J.H. Snyder Company)

Snyder later created Signature Homes, which capitalized on a post-World War II-era G.I. Bill program that enabled young soldiers returning home to purchase a house with $1 and a signature. By the age of 22, Snyder was building 2,000 homes a year. He established J. H. Snyder Company in the 1960s and became a major home builder in Southern California, and later, throughout the United States.

In the late 1970s, when the economy began to stagnate, Snyder switched his focus to commercial real estate. Over the next five decades, he built office buildings, retail centers and multifamily projects to fit market demands. He operated the company with Lew Geyser and Michael Wise, who have been his partners for 50 years, and son Lon Snyder, who joined the company in 1986.

Many people consider Snyder an unparalleled leader who left an indelible stamp on the Miracle Mile.

“He was a visionary. He took a chance on the Miracle Mile way before anyone else did,” said Stephen Kramer, president of the Greater Miracle Mile chamber of Commerce and an attorney who has long been based in the area. “I met him 30 years ago when I moved into the old Cal Fed Building. Jerry was a determined person and supporter of the community. He was sometimes gruff, but he really helped a lot of people and organizations. He was one of the first members of the chamber and was a supporter over the years of Tarfest. I mean it when I say he was a visionary.”

“Jerry Snyder was nothing short of prolific. He built so much of the Los Angeles we know today,” Ryu said. “He dreamed big and he worked hard all his life, and his memory is going to live on in countless buildings and communities across Southern California.”

Former 4th District Councilman Tom LaBonge said he was saddened by the news of Snyder’s death. LaBonge had many interactions with Snyder over the years, both as city councilman from 2001-15, and as a deputy to the late Council President John Ferraro, who represented the Miracle Mile during much of the period when Snyder was developing properties in that area during the 1970s and 1980s.

“What a great man he was. There was nobody like Jerry Snyder,” LaBonge said. “He was one of the most committed developers in Southern California. He was a great human being. When he came to the Miracle Mile, it changed everything. He had vision like nobody else.”

An example of Snyder’s desire to improve the community and willingness to cooperate can be found at Wilshire Green Park, a greenspace along Eighth Street between Masselin and Curson avenues. When Snyder was planning to build the Wilshire Courtyard project in the 1980s, the Miracle Mile Residential Association was initially opposed to the development. Then-MMRA President Lyn MacEwen Cohen worked with Snyder, who agreed to create a park behind the complex to serve the community in exchange for the community’s support. Such agreements are commonplace now between developers and residential groups, but in the 1980s, it was unheard of, Cohen said. Under agreements made in the 1980s, Wilshire Green Park will remain at the site in perpetuity, no matter whether the building is sold in the future.

“There was nothing like it in Los Angeles. It’s a private park for public use,” Cohen added. “He was a mastermind. I found him to be very available, very creative and very open to working with the community. That’s one of the reasons he was so successful. He put integrity and class into everything he did.”

“Jerry was a class act,” O’Sullivan said. “He was such a gentleman and loved the neighborhood. He was very instrumental in a lot of efforts we have. To me, [his death] is a great loss.”

Cohen said she hopes to memorialize Snyder with a monument on the Miracle Mile and wants to hold a future public celebration in his honor. The family announced a service will be held later for Snyder, who is survived by his wife, Joan; and children, Wendy, William and Lon Snyder. Anyone wishing to honor Snyder’s memory is asked to make a donation to the UCLA Stein Eye Institute, of which Snyder and his wife were longtime supporters.

Face masks required on all Metro buses and trains