Metro prevails in lawsuit against BHUSD 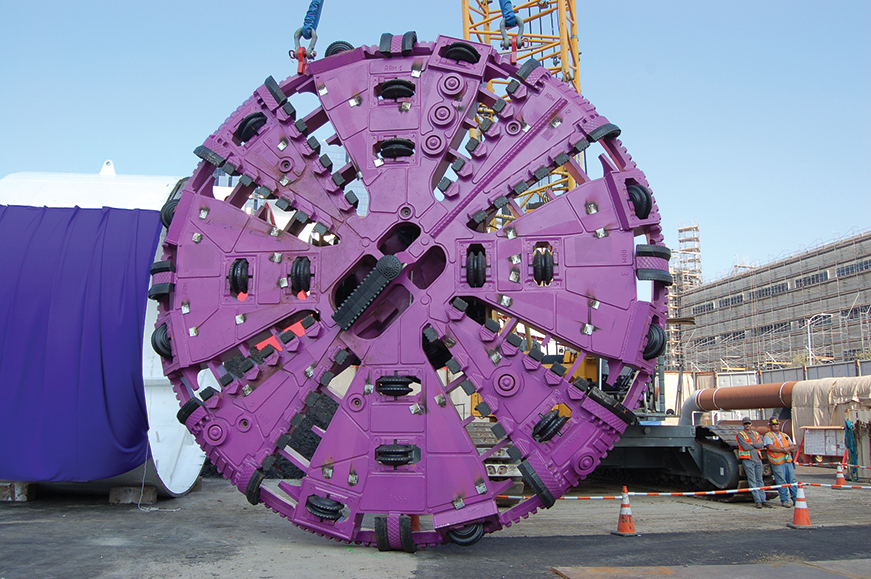 The tunneling machines for Metro’s Purple Line Extension travel beneath Beverly Hills High School, and the staging yard is located adjacent to the school. (photo by Edwin Folven)

The years-long lawsuit between the Beverly Hills Unified School District and the Los Angeles County Metropolitan Transportation Authority has finally come to an end.

On May 18, District Court Judge George Wu ruled in Metro’s favor that the agency complied with the proper process, known as the “hard look” requirement, when deciding against using 1950 Avenue of the Stars as a staging yard for construction on Metro’s Purple Line Extension. Instead, staging for Metro’s Century City/Constellation station is taking place along the fence line of Beverly Hills High School, and the Purple Line Extension is planned to go beneath the school. That station, as part of Phase 2 of the Purple Line Extension, is scheduled to open in 2025, according to Metro’s website.

“Having complied with the ‘hard look’ requirement, it was for [Metro and its co-defendant, the Federal Transit Administration] to reach the ultimate decisions, both in terms of policy and otherwise, about what was the right course for them to take with respect to the selection of the staging area,” Wu wrote in his decision.

Wu also denied BHUSD’s request for its attorney’s fees to be paid by Metro and the FTA.

In a statement provided by Metro spokesman David Sotero, the agency said it is “grateful” that Wu “found we took a hard look at the availability of 1950 Avenue of the Stars for construction staging and sufficiently studied the impacts of using the current staging areas along Century Park East for the Purple Line Extension’s second section. We continue to make progress on this vital project to improve mobility in our region and, as usual, the safety of the public and construction workers will continue to be our No. 1 priority.”

Wu’s May 18 ruling brings to an end nearly eight years of litigation, Rebecca Starkins, director of public relations for BHUSD, noted in an email.

“The district’s ongoing responsibility is to ensure the safety of the students and staff during Metro’s work and continue to pursue our interests through the eminent domain process,” BHUSD Board of Education President Isabel Hacker said in a statement provided by Starkins.

No other representatives of the school district were available to provide further comment, Starkins said.

In his ruling, Wu noted that due to the coronavirus pandemic, BHHS is closed, and he urged both Metro and BHUSD to take advantage of the opportunity offered by the closure and the upcoming summer break.

“The court would encourage the parties to act with all appropriate haste (and care) to accomplish as much construction activity adjacent to, or impacting upon, the high school as is possible during this unusual situation,” Wu wrote.