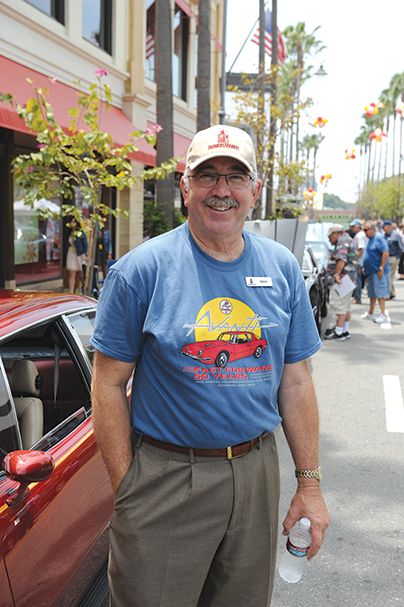 Mark Panatier, vice president of marketing and development for the A.F. Gilmore Company, owner of the Original Farmers Market, is retiring on Friday, May 29.

Since beginning his career at the Farmers Market in 1991, Panatier developed many of the events and initiatives that have become part of the fabric of the local community, including the annual Gilmore Heritage Auto Show and the Summer Music Series. He oversaw marketing and development, and helped with expansion when The Grove was built on adjacent A.F. Gilmore property in the late 1990s and early 2000s. His top priority throughout the process was to preserve the historic integrity of the market, which was established in 1934, while ushering the Farmers Market into the modern era.

Panatier was born in New York and grew up in Arcadia, California. Prior to joining the A.F. Gilmore Company, he was the Student Union director at UCLA from 1977 to 1991. At UCLA, he was responsible for the overall administrative, financial and operational aspects of the Associated Students’ 300,000-square-foot Student Union complex including two main buildings and four satellite sites. His duties included project planning, financial forecasting, student union operations, physical plant operations, energy management, recycling, advertising, special events, marketing research and board/student relations.

Panatier has been married to his wife, Gail, for more than 45 years, and has two grown daughters and a granddaughter. An avid gardener, he plays golf occasionally and loves movies.

The Original Farmers Market is located at 6333 W. Third St.