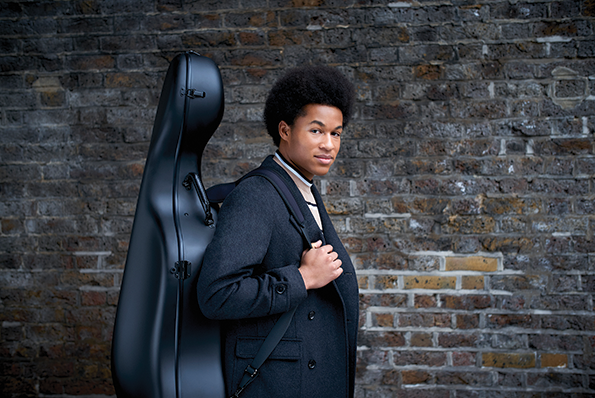 The Los Angeles Chamber Orchestra will present an exclusive interview with British cello virtuoso Sheku Kanneh-Mason in conversations with LACO music director Jamie Martín on May 16 at 8 p.m.

The special program offers a performance by Kanneh-Mason and his sister, pianist Isata. The program will have an encore on May 17 at 7 p.m. and will be available subsequently on demand.

Together they will perform the final two movements from Rachmaninoff’s Sonata in G minor for cello and piano, Op. 19. The program includes an excerpt from a LACO-commissioned premiere of “Prisms, Cycles, Leaps Part III: To Be a Horizon” by composer and musician Derrick Spiva Jr. and a presentation of LACO’s 2016 performance of Beethoven’s Symphony No. 3, “Eroica” under the direction of guest conductor Thomas Dausgaard.

LACO At Home, a digital platform, was introduced in late March to offer special and expanded web content. All broadcasts can be live streamed at laco.org/broadcasts and streamed on-demand at laco.org/on-demand.

Kanneh-Mason’s 2018 U.S. orchestral debut with LACO was postponed due to his performance at the royal wedding, after which he became a household name when his work was viewed by more than two billion people worldwide. He was to have again debuted with LACO this month at the 2020/21 season’s final orchestral series concerts until the events were canceled due to the coronavirus pandemic.

He is the first black musician to win a BBC Young Musician of the Year award, and performed under Martin’s direction with orchestras across Europe.

Spiva Jr.’s “Prisms, Cycles, Leaps Part III: To Be a Horizon,” the result of many years of training and research, is part of a series of works of building bridges between different communities through sound. The previous two parts continue to integrate musical practices from numerous cultures into a Western classical setting.

This special broadcast is intended to support LACO’s musicians, and the organization asks viewers to consider making a donation to support the artists on screen at laco.org/donate or call (213)622-7001. For information, laco.org/laco-at-home.