L.A. Surge Hospital to close at the end of June 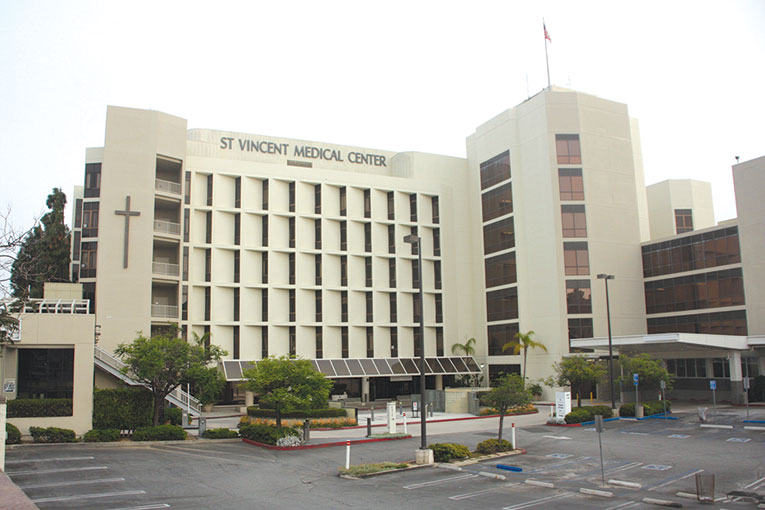 Gov. Gavin Newsom ordered the opening of the L.A. Surge Hospital on the St. Vincent Medical Center campus to relieve other hospitals if there is an overflow of patients needing treatment for COVID-19. (photo by Jose Herrera)

The California Health and Human Services Agency and Governor’s Office of Emergency Services announced the state will reduce the number of medical surge sites, including the Los Angeles Surge Hospital at St. Vincent Medical Center, which will close on June 30.

The announcement follows a three-month effort by the state, hospital systems, local health jurisdictions and emergency medical service agencies to expand the capacity of health care delivery systems throughout California. Data on hospitalizations indicate California is showing signs of successful mitigation of COVID-19 infections, and the surge hospital will no longer be needed, according to the California Health and Human Services Agency.

“Because of the great work of Californians across the state, we have flattened the curve,” said Mark Ghaly, secretary of the California Health and Human Services Agency. “This is why the stay-at-home order was issued, to save lives and to give the health care delivery system time to prepare.”

Several other alternative care facilities in the state will be placed into a “warm” shutdown, operating at a smaller capacity, to remain available as surge capacity relief hospitals should there be a new wave of COVID-19 infections, or other emergencies in the future.

“I want to thank all our partners who assisted in getting these sites up so quickly to support our communities,” said Mark Ghilarducci, CAL OES director. “Maintaining the use of these facilities going forward will provide us critical flexibility to safeguard the health and safety of Californians as we begin to reopen the state.”

Gov. Gavin Newsom directed more than $42 million in emergency funding to expand California’s health care infrastructure and secure equipment and services to support the state’s response to the COVID-19 crisis. Of the $42 million, $30 million allowed the state to lease two facilities, the Los Angeles Surge Hospital, located on the St. Vincent Medical Center campus at 201 S. Alvarado St., and a hospital in Daly City in Northern California in late March.

In the early stages of the health crisis, state officials signed a six-month, $16 million lease with Verity Health System, which owned St. Vincent and had filed for bankruptcy.

However, Patrick Soon-Shiong, owner of the Los Angeles Times, purchased St. Vincent Medical Center for $135 million in a deal that was finalized in early April. His global health firm NantWorks is a creditor in Verity’s bankruptcy proceedings.

The state’s lease was transferred to Soon-Shiong, but he was not involved in the operation of the surge hospital.

Los Angeles City Councilman Mitch O’Farrell, 13th District, supported Newsom’s decision to reopen and use St. Vincent Medical Center, which is in his district, as a COVID-19 surge hospital. But now as the hospital is scheduled to close, O’Farrell hopes the facility can be used for other public benefits in the future. Although Soon-Shiong now owns the facility, O’Farrell would like to see the hospital transition into a place to treat people experiencing homelessness with addiction and mental health issues, which is essential to meet the needs of the underserved in the local community, according to spokesman Tony Arranaga.

The future of the facility is unclear, but Soon-Shiong previously told the L.A. Times he planned to use buildings on the 10-acre campus for COVID-19 research.

Nate ‘n Al’s is back in business in Beverly Hills