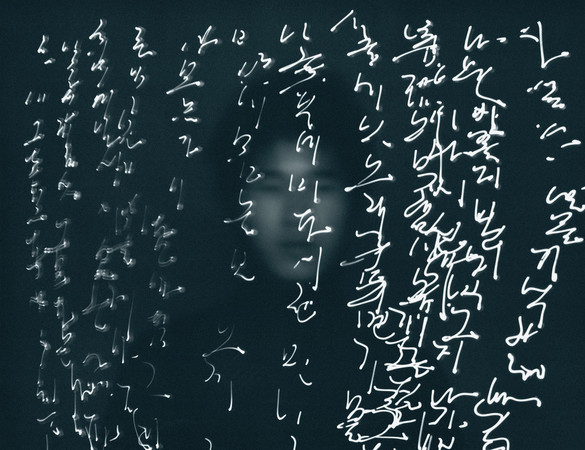 Artist Kyungwoo Chun’s “Light Calligraphy No.1” is part of LACMA’s “Beyond Line: The Art of Korean Writing” catalogue.
(photo by Kyungwoo Chun)

The Los Angeles County Museum of Art announced its exhibition catalogue of “Beyond Line: The Art of Korean Writing,” was a runner-up for 2020 George Wittenborn Memorial Award, the highest honor in museum publishing.

“Beyond Line: The Art of Korean Writing” was the first exhibition held outside of Asia to focus on the history of writing and calligraphy in Korea. The exhibit was organized conceptually and chronologically to explore the role of calligraphy in different strata of Korean society.

It included works both in hanja (Chinese ideographic characters) and hangeul (the unique Korean phonetic script). The lives of calligraphers were examined through the works by kings and queens, officials and scholars, painters and monks, and even slaves.

The exhibition also explored Korea’s innovations in woodblock printing during the Goryeo dynasty (918-1392) and in movable metal type during the Joseon dynasty (1392-1897).

LACMA @ Home also highlighted featured a mixed-ancient Chinese instrumentation —qin, guzhend and pipa — with modern synthesizers, drum machines and field recordings to produce a soundtrack for the exhibition “Where the Truth Lies: The Art of Qui Ying.”

“Where the Truth Lies: The Art of Qui Ying” grappled with issues about artists who cross social boundaries, literacy and the importance of connoisseurship in determining quality. Music complemented the exhibition presentation about authenticity and illusion.

printmaking technique in conjunction with the exhibition “Rufino Tamayo: Innovation and Experimentation.”

Mixografía director Shaye Remba joined from the gallery workshop, where Tamayo used equipment to make his prints including “Two Personages Attacked by Dogs.”

Exhibition curator Rachel Kaplan and Remba discussed the history and process of making a Mixografía print which enabled Tamayo to incorporate greater texture and volume into his graphic output.

Lastly, the museum released memes on social media to brighten people’s day, and all of the public domain images on LACMA’s website are free to use to make memes. Staff encouraged internet users to tag the museum @lacma.

The museum provides weekly updates to its website and social media account to continue maintain the LACMA experience.