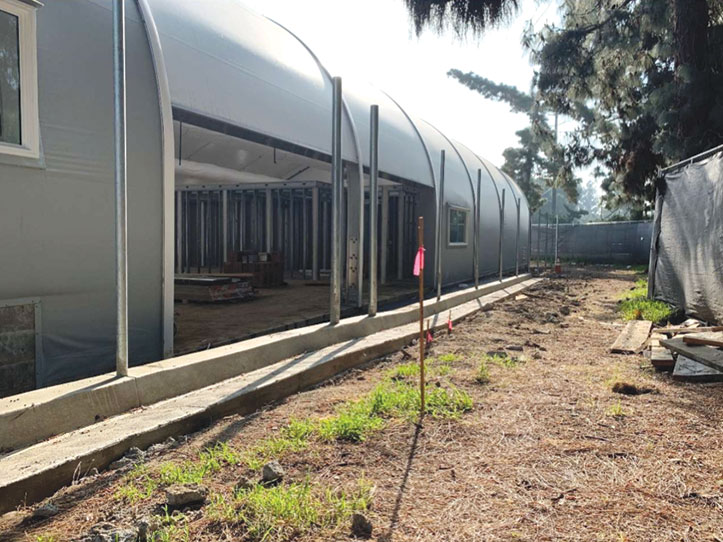 The bridge housing shelter on Riverside Drive is taking shape. Plans call for it to open in July. (photo courtesy of the 4th District Council Office)

The Los Angeles City Council took a final vote on May 5 on the Los Feliz Bridge Home project, instructing the city to enter into an agreement with People Assisting the Homeless to operate the site, which is currently under construction.

“This will be the third Bridge Home center to open in District Four in the past year alone, and one of many more to come,” said Councilman David Ryu, 4th District. “I’m thrilled to partner with the professionals at PATH to make this bridge home a success.”

The temporary shelter is located at 3210 and 3248 Riverside Drive. Plans began in February 2019 when Ryu introduced a motion to create the shelter as part of the A Bridge Home program, which directs additional resources to combat the homeless crisis in districts that establish temporary bridge housing. A groundbreaking ceremony was held on Feb. 26 and the shelter is expected to open in July.

The $5.6 million project is primarily funded through state grants and will house 100 men and women. It will include common areas, storage areas, space for pets and offices for residents to meet with counselors and social workers.

Ryu has introduced another motion directing the city to examine if the site has potential to expand the nearby Griffith Park Adult Community Center after three years, when it is no longer needed for bridge housing. The proposal remains under consideration.